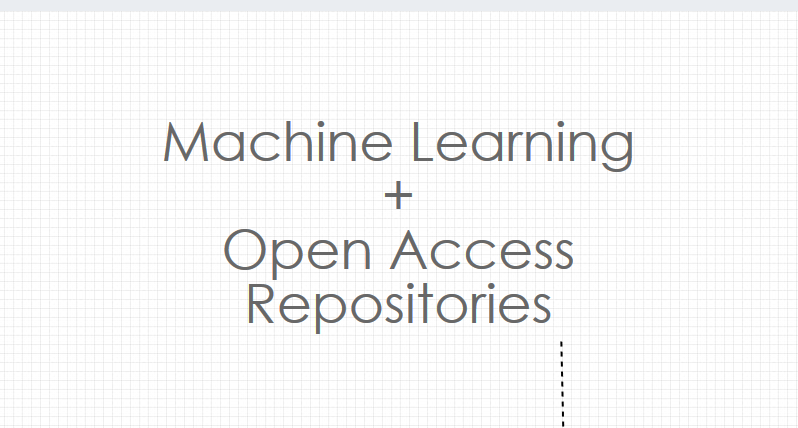 Machine Learning and OA Repositories: This infographic offers a brief overview of the potential roles for machine learning and deep learning in exploring the content of Open Access repositories. It pays particular attention to the potential for machine learning to reinforce existing biases and power imbalances in scholarly publishing or to examine previously ignored scholars and lines of thinking.

Superintelligence or The Technological Singularity: A Critical Review: This review examines Nick Bostrom’s Superintelligence: Paths, Dangers, and Strategies and Murray Shanahan’s The Technological Singularity with a focus on their starkly different attitudes toward humanity. Throughout his introduction to a potential technological similarity, Shanahan marvels at the complexity of biological brains and bodies, while Bostrom quickly enumerates the ways in which machine processing power can quickly outstrip that of the human brain. Bostrom may err too far on the side of skepticism with regard to individual humanity, but he convincingly advocates for international coalitions as one of the best safeguards against potential rogue machine superintelligence(s). Differences in focus and tone aside, both books offer the reader a solid introduction to the field of machine superintelligence.

Howard Martin is a staff member in the MIT Libraries, and an MLIS student in the iSchool at SJSU. He is particularly interested in the potential accessibility benefits and problems of emerging technologies. When he is not working in or thinking about libraries, he is probably dissecting pop culture with his wife or playing improvised music.