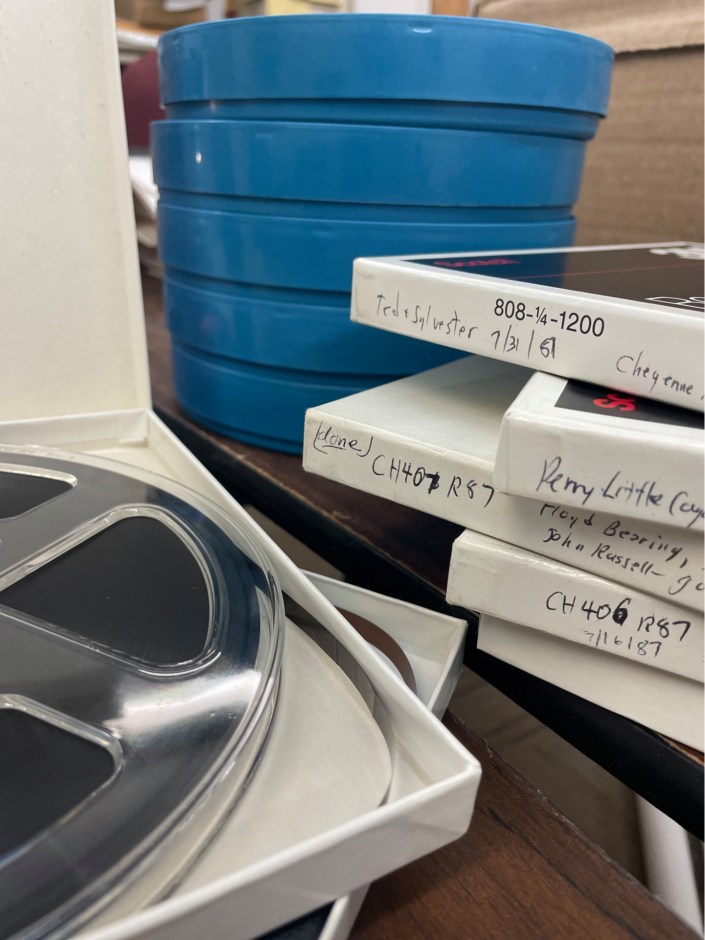 In 2016, 567 tribal entities were federally recognized and, as of 2020, estimates suggest that there are roughly 6 million people in the United States, or 2% of the nation’s population, who identify as Native American and/or Native Alaskan. Yet, Native American Heritage Month was only officially recognized by the United States in 1990, less than 40 years ago. (Sources: International Work Group for Indigenous Affairs; US Census Bureau)

Despite this, many people have celebrated and continue to celebrate native heritage every day of the year. As the American Indian College Fund puts it, “this is because our students and communities know what it means to be without Native culture, heritage, and language–because it was once U.S. government policy to assimilate American Indians, and eradicate these priceless facets of heritage. As a result, generations of American Indians were denied their birthright.” Thus, it is important to recognize the cultural value and significance of preserving Native American history, particularly for those in the field of library and information science.

“Native Americans have a powerful presence in the United States both historically and culturally. Their resilience and creativity offer great learning opportunities for non-Native Americans, and it is important for librarians to be the first to extend a helping and collaborative hand to this important community” (Source: SJSU School of Information). 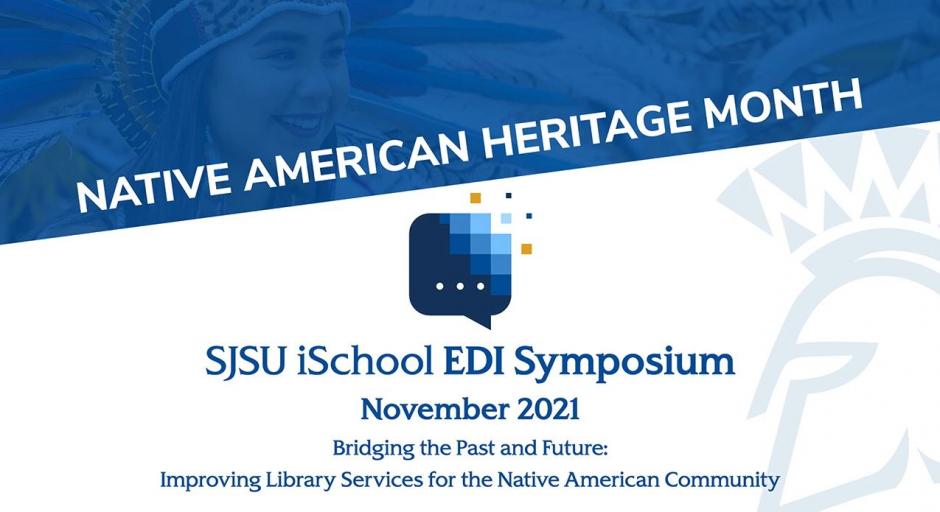 The Faces Behind Seeking Immortality

As a born and raised resident of Colstrip, Montana, located near the Northern Cheyenne Reservation, Adrienne Violett (pronouns: she/her/hers) grew up with a strong connection to her community. “I graduated from Chief Dull Knife College in 2004 while having a work-study job with Woodenlegs Library. Eventually, that position became full-time and I worked there for about seven years until I left to go raise a family. When the library director position opened, I applied and was very, very happy to return to Cheyenne country.” 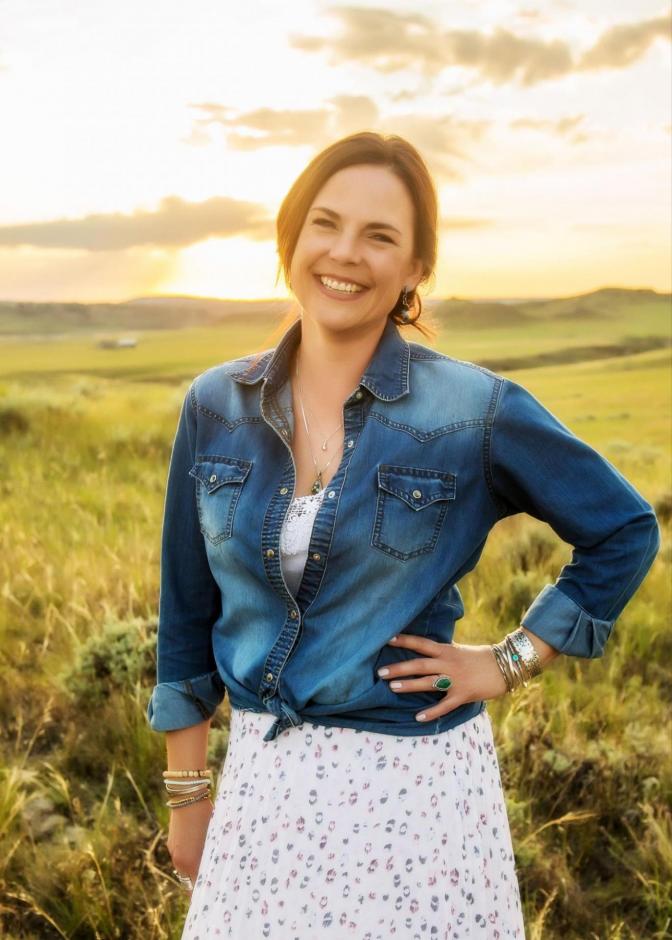 “Having grown up near the Northern Cheyenne Reservation and gone to school alongside Native students, I feel a deep connection to the collections that I oversee. As a non-member and non-native person, my roles as a librarian are much more defined. I feel like I am a steward of the collection and it is my responsibility to ensure that the collection is being kept in the best way possible for the Cheyenne people. But at the same time, it also means understanding that it is not my place to decide what the best way is going to be. That’s where asking for guidance from the Northern Cheyenne community comes in and incorporating other people’s viewpoints and experiences with archives, as well as the library’s collections. This is especially important since Woodenlegs Library is a tribal library, which means that it operates in both an academic and public capacity like many other tribal libraries do.”

Working alongside Woodenlegs Library Director Violett is a team of individuals, like Chloe Ortega (pronouns: she/her/hers), who are just as passionate about preserving the Northern Cheyenne language and culture. 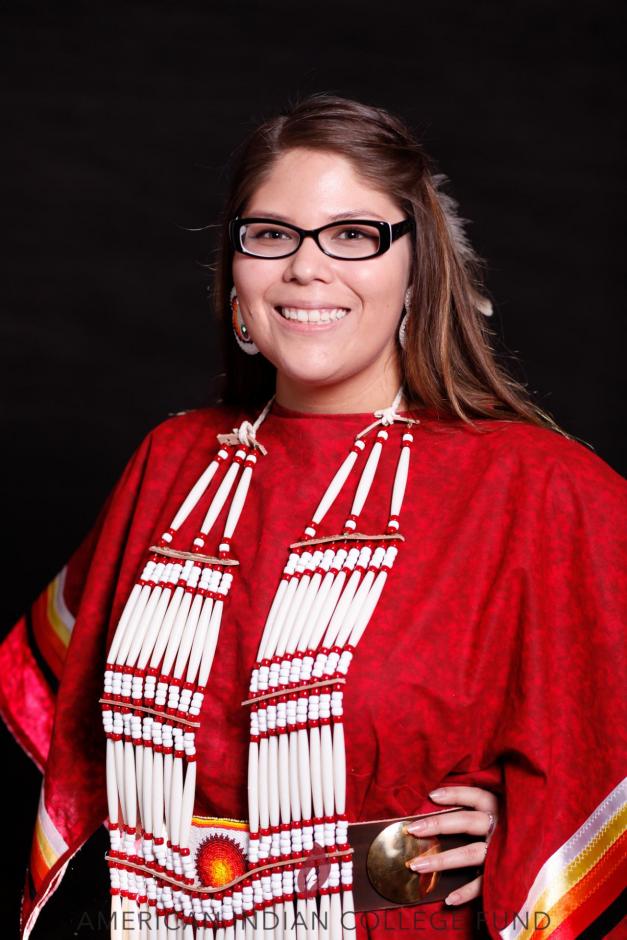 “Adrienne Violett approached me outside of Chief Dull Knife College and asked me about my interests and where I envisioned my career path leading me. After some time, I had the opportunity to join the Cultural Department at Chief Dull Knife College and I was delighted that the previous conversation I had with Adrienne led me to become part of Seeking Immortality. My Cheyenne name means “Day Woman,” and I am Northern Cheyenne and Mexican-American. As a Cultural Outreach and Ethnographic Media Specialist for Chief Dull Knife College, I have the opportunity to be around my culture and be at the forefront of the next generation of young Cheyenne’s who are entering leadership positions. Being in this role allows me to interview and record elders as they share personal stories and traditional songs in our Cheyenne language.”

Seeking Immortality, more formally known as the Northern Cheyenne Preservation Project (NCPP), developed through partnerships with the Woodenlegs Library, the San Jose State University’s Dr. Martin Luther King Jr. Library, and the School of Information to expand on the existing relationship between the Northern Cheyenne people and SJSU. Violett emphasizes that “this partnership will reflect the Northern Cheyenne community without a doubt. My hope is that because this is being done through the library, opportunities will arise for other tribal programs to utilize the digitization equipment once we have it here.”

As the director of Woodenlegs Library, Violett says, “this project came out of multiple conversations I had with Dr. Chow and other historical preservation meetings I had before the COVID-19 pandemic. Right before shutting down, I was talking to the state archivist who told me, ‘Just start. Just create it and go.’ So that really pushed me to just focus on preserving the archives and engage with the materials, especially since everything was closed down. Having reached this point, Seeking Immortality will really help us train personnel, receive consultations, and most importantly, start creating virtual renderings of the three-dimensional artifacts in the archives. Since many tribal members live off the reservation, VR will provide them with a way to stay connected to their culture, and help them share those parts of their heritage to their children.” 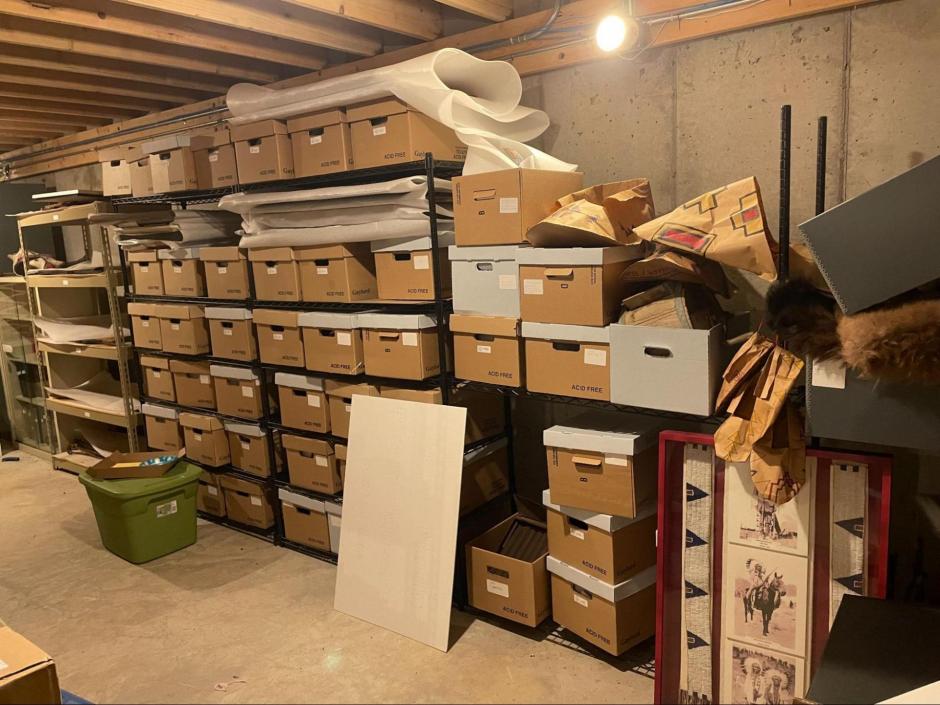 Ortega also adds that “VR gives a wide range of access and provides a safe environment for the user. Being in a virtual space where you are encapsulated with learning takes away the presence of an outside negative influence. In that space, you are safe and the singular objective is learning; learning from someone and not something. Being transported to those historical sites as they were and as they are now. Exploring the artifacts and all the history, language and stories that are associated with it. It truly is invigorating to discuss because it opens up doors of continuation for the Northern Cheyenne community.”

“Just start and know that you aren’t alone. Often when we face challenges that need attention but have no idea where to start, it can feel incredibly lonely. Especially during Covid, when there was no networking, no training, no conferences. It’s really easy to feel adrift in what we don’t know. But you aren’t alone. We are pulled to these tasks because they are important, and our uncertainty is just part of the process. So just start: find the professional associations, look at the grant work that’s already been done, watch some online tutorials, and read magazine articles. Just start because when you start educating yourself with what is happening in the field, the field is going to open up to you.” – Woodenlegs Library Director Adrienne Violett