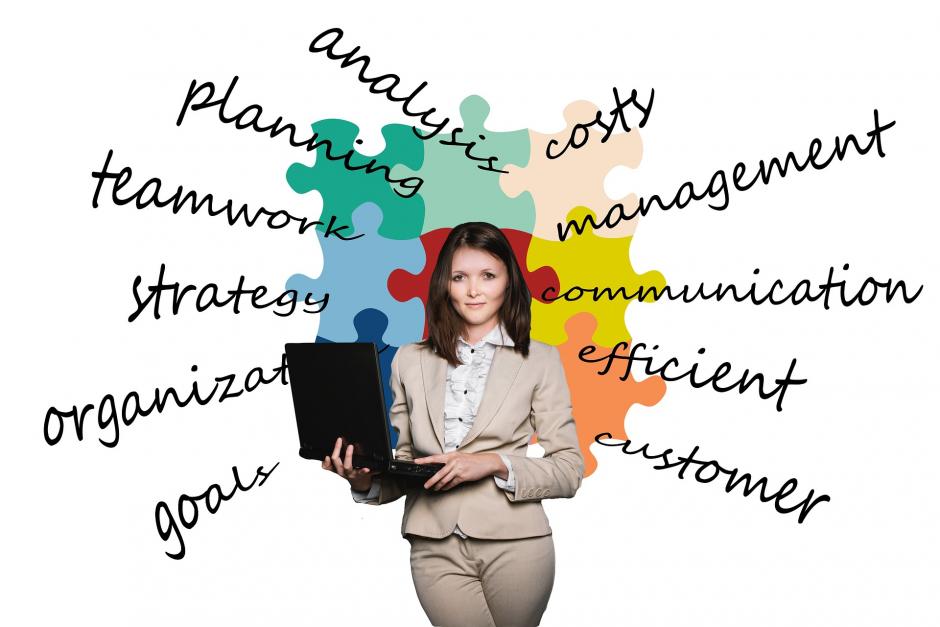 Many employers look for leaders. But what does that mean in the library world? A new series of webinars aims to answer that question.

Starting last week, the iSchool’s Leadership & Management Advisory Committee, co-chaired by Dr. Sue Alman and Dr. Cheryl Stenstrom, began hosting webinars that feature library leaders who truly make an impact in their field. The very first of these webinars was entitled “A Day in the Life of a Leader: Part 1.” It focused on two librarians at St. Thomas Public Library in Ontario, Canada: Dana Vanzanten, Manager of Advocacy and Community Development, and Heather Robinson, Chief Executive Officer.

Dr. Stenstrom explained the webinars meet “the need for the School of Information to help students see a path towards management and management careers . . . having a view into a typical day in the life of a leader might be useful for students.”

Vanzanten is a current SJSU student and Robinson is a 20-year veteran in the library field. The webinar began with a discussion about the transition to a leadership role.

Vanzanten shared some of the uncertainties she faced when moving up in her organization.

“One of my immediate concerns was actually moving outside the union; I’d become quite used to working in that environment . . . but I did find that my nervousness about that was fairly quickly allayed because of the supportive nature of the management team that I joined,” she stated.

Vanzanten also expressed a concern about the existing relationships with her co-workers. She found that she could still be on good terms with those co-workers she had gotten to know well, but “there is definitely some boundary-setting work that has happen,” she explained.

Like most people, Vanzanten initially felt overwhelmed by her new job duties. But that didn’t last long.

“If I was surprised by anything, it’s by how much I’ve actually enjoyed the increased responsibility,” she indicated.

Robinson told the audience that because she had leadership roles from the start of her career, she found other aspects of moving to the CEO position challenging.

“It wasn’t the leadership part of it that was really frightening to me, it was all of a sudden being, you know, in charge of it all,” she revealed.

Even with just two weeks before the application deadline, Robinson still felt unsure about trying for the position. A supportive phone call and acceptance of the possibility of failure gave her the push she needed to put her name in.

Once she was awarded the position, she was most surprised that “you basically have to take every day as it comes.”

Robinson shared that her first day on the job came with a sewage backup that covered the bottom floor of the library.

Both speakers agreed that they sought out leadership roles because they felt this was where they could truly make a difference. Once in these roles, they learned a lot about what makes a successful leader.

“The most important thing that a successful leader can do is nurture the relationship with staff. It’s paramount to anything else,” declared Robinson.

Vanzanten stated that honing her time management skills and taking responsibility for her choices were the most important skills for her leadership role.

Robinson added that taking on leadership positions in other aspects of one’s life outside of the library world is excellent practice for a professional opportunity.

Both speakers also encouraged listeners to find a mentor to help them reach their career goals. In fact, Vanzanten looked to Robinson as a mentor.

Even already being in a leadership role, Vanzanten has learned much from her courses at SJSU.

“I do feel that the skills that are being emphasized in the courses at San Jose are ones that are really relevant for leaders,” she said.

The webinar closed with reading recommendations relating to leadership. Vanzanten recommended the Harvard Business Review, Drive: The Surprising Truth About What Motivates Us by Daniel H. Pink, Influence: The Psychology of Persuasion by Robert B. Cialdini and Credibility: How Leaders Gain and Lose It, Why People Demand It by James M. Kouzes and Barry Z. Posner. Robinson advised that listeners read Power: A User’s Guide by Julie Diamond.

Information about the next two webinars is below. If you can’t listen live—don’t worry—we will be here to catch you up!

Are you, or do you know, someone who is a leader in the public library? Share their qualities in the comments.