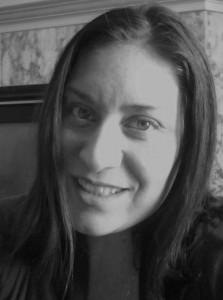 A National Center for Education Statistics (NCES) study explored trends in distance education enrollment by pulling data from the National Post-secondary Student Aid Study. The NCES study found that from 2000 to 2008, the percentage of undergraduates enrolled in at least one distance education class expanded from 8 percent to 20 percent.

The profound increase in distance (higher) education suggests strongly that library services in support of these learners increased alongside enrollment numbers. Yet, there remain questions about whether responsibilities and skills in distance learning are truly increasing, what areas of the academic library require these forms of expertise, and whether the “distance librarian” is gaining relevance as a job title distinct from other traditional roles such as “cataloging librarian” or “instruction librarian”.

I collaborated during the fall of 2011 and the spring of 2012 with SLIS (distance) graduate students Simone Molitor and Bonnie Rainey on a study that attempted to answer these questions. Archived job advertisements from the International Federation of Library Associations and Institutions (IFLA) LIBJOBS mailing list (1996-2010) were examined using content analysis.

An article reporting on our complete findings will appear in the June 2012 issue of the Journal of Library & Information Services in Distance Learning:

While part one of the study explored DL responsibilities broadly to understand their prevalence and representation in the employment pool, it was beyond the scope of the project to consider just the following questions:

These questions are highly relevant, however, and answerable via the rich information mined during the data collection for part one of the study (described above). 69 job announcements for distance learning-focused librarians were obtained from the dataset – allowing for a more detailed articulation of the distance librarian-as-professional.

The SLISConnect Distributed Research & Writing Group has decided to join me in tackling a second round of data analysis with the goal of understanding how distance librarianship has evolved since 1996. Meeting virtually via Collaborate, our distributed group hopes to produce a manuscript communicating our findings by the end of summer 2012.