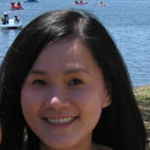 One of my research interests is to study how online users behave and interact with each other, and how such interaction dynamics impacts the formation and impression of virtual communities. Among the many interesting user behaviors is group polarization, which has been studied extensively in psychology and social science literature.

Group polarization refers to the phenomenon that group members have a tendency to become more extreme in their thinking (positions, decisions, or choices) after group discussions. To be more specific, group polarization presents the effects of extreme inclinations of people after deliberating with each other.

Group polarization mechanisms could be investigated based on two primary theories, social comparison theory (SCT) and persuasive arguments theory (PAT). SCT refers to the idea that individuals tend to assess themselves by comparing with other people and will learn about and adjust their opinions toward the direction valued by other people as they continue the comparison process. The concept of SCT applies to group polarization in a way that by comparing with other people continuously, individuals tend to present themselves toward the socially desirable value after group discussions. The second major theory, PAT, is considered an informational influence. According to PAT, individual decisions are determined based on how he/she weighs the pro and con arguments. During group discussions, when each group member presents his/her pro and con arguments, he/she shifts the weight of these arguments, giving each other new arguments. Group polarization is then formed in the manner that people tend to pro the arguments that group discussions favor, and con those arguments against by the group discussions.

So what motivated me to look deeper into this topic? Here are two main reasons:

Group polarization is measured by the user “choice shift”: The choice of online investors is reflected by their choices of stock investment, which are expressed in the stock “sentiments” that online investors reveal in their posted messages.

The findings suggest the consistency with SCT and the argument that group size significantly affects group polarization: group size determines how many other online investors an individual will be able to compare and interact with to adjust opinions and make decisions, thereby resulting in the phenomenon of group polarization. The result of thread length, however, is mixed. Thread length does not have a significant effect on group polarization. This can be explained by the nature of online form messages. Thread length determines the number of message included, relating to the possibility that a novel, persuasive message is found to occur. However, in online forums such as stock message boards, many of the messages are in fact small talks, containing noisy or irrelevant information. This impacts the effect of thread length: whether the discussion is long or short is no longer necessarily related to the persuasiveness of messages within it.

This is an ongoing research and I am expanding the study context to online book reading clubs. I will be presenting a research paper in this topic in iConference 2013 in February 2013 and will follow up with feedback and ideas. Stay tuned!