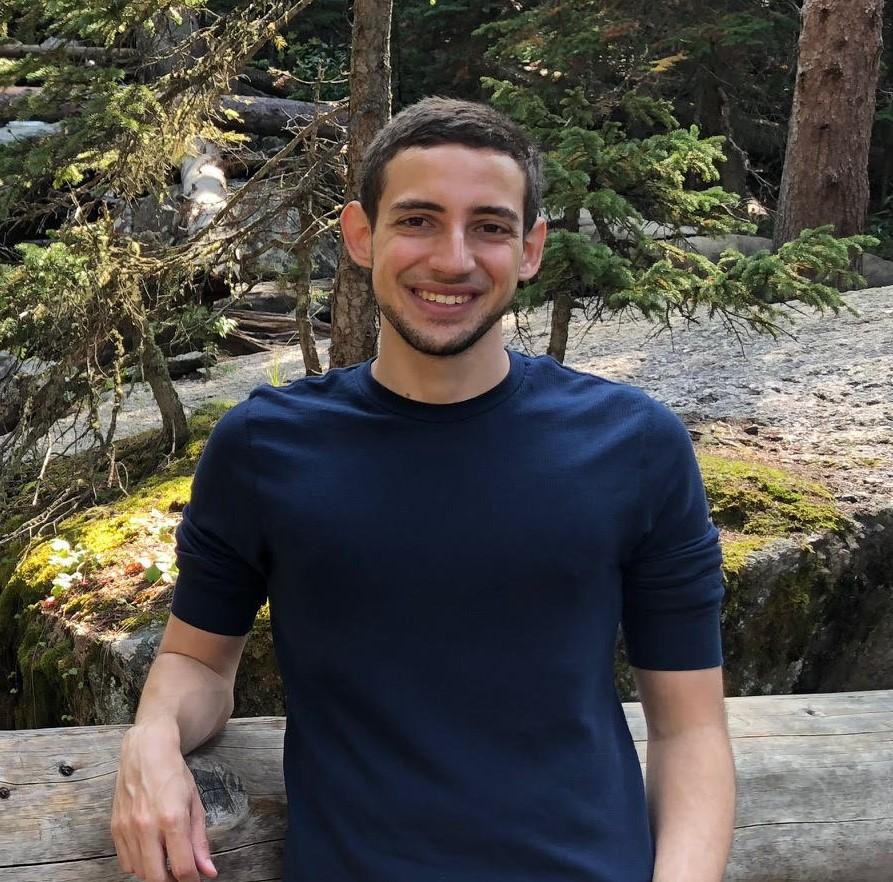 “Not only have I learned a lot from the classes and the curriculum, but the teachers have been amazing. The professors have been really open and available, communication has been fantastic. I learned more than I expected from the program. I definitely got my money’s worth, I would say. I really appreciate it.”

Daniel Goodman had been working in Digital Assets Management (DAM) for many years before he started the Advanced Certificate Program at the iSchool. Taking advantage of the tuition reimbursement program offered by his employer, he saw an opportunity to get “the actual fundamentals and breadth of knowledge of what my actual field is” along with the models and tools that to “apply best practices to my company.”

Daniel “sort of stumbled into” DAM. Having gone to school for 3D animation, he took a job that utilized his video editing skills. In his first job he primarily helped prepare materials to be put into the new DAM system being implemented by the company. He needed to make sure “the video [content] was edited properly and then applied metadata” before it went into the system.

After a few months on the job, Daniel ended up taking lead on the project when his boss left the company. At that point, his job became more about “how do I build a DAM system, and how do I get people to adopt it and grow it.” He did that work for four years before moving to Clinique, where he would be helping them transition to a new DAM system.

Working for a Global Company

Daniel enjoys his work with Clinique. He and a team of content administrators work on a truly global DAM system. “All the content that our global creative produces,” he explains, “is fed into the system and them distributed around the world.” Clinique’s stakeholders have been very supportive. Daniel describes his work as fantastic and explains that the DAM system is “constantly growing and improving.”

While there have “been a lot of highlights” in Daniel’s work, one that stands out was when they made the actual switch to the new DAM system he had been hired to help implement. They “did the actual flick-the-switch,” exclaimed Daniel, to turn on the system a few years ago on January 1st. At that point, he explains, “everyone hopped on the new system, saw improvements and really took to it” which was an exciting thing to see.

When the COVID-19 pandemic hit and everyone had to start working from home, he noted that “the good thing about DAM is it’s digital. In terms of my work day-to-day, it’s fairly similar.”  They use Microsoft Teams to communicate “which has sort of taken the place of walking over to someone’s desk and asking them a question.” There has been a shift in the type of content, moving more towards “user-generated content” with everything being web-based rather than photoshoots. Daniel explained that while “production has slowed down a bit” as they navigate the move to new ways of producing content, much of his work has remained the same.

After starting with Clinique, Daniel entertained the thought that “this is my profession, and I don’t have the fundamental educational background.” That’s when he decided to pursue some professional training. His search for an online program led him to the iSchool which had a reputation for offering “the best curriculum” and being very affordable.

At the iSchool, Daniel highlights, he not only gained the knowledge that he had been hoping for but also discovered “things that I had no idea I needed.” He learned about professional tools that he could utilize and the entire implementation of DAM systems. The program provided him the confidence to identify “what decisions to make when, and why I’m making those decisions.”

The class, Enterprise Content Management and Digital Preservation, with Dr. Pat Franks was particularly beneficial for Daniel. He appreciated getting to learn professional tools, such as Sharepoint, Wordpress and Preservica. Daniel noted that these tools gave him the confidence to “walk away with that knowledge, put that on my resume and implement them at my company.”

Daniel reflected that the pace of working in the corporate world is different than a museum or library. The “pace [of work] is different;” he explains, “where assignments/tasks are done in a week, rather than months or years.” He elaborated that in his work, it is important to “hold onto the fundamentals.” It’s an environment he enjoys, and finds really fun and rewarding.