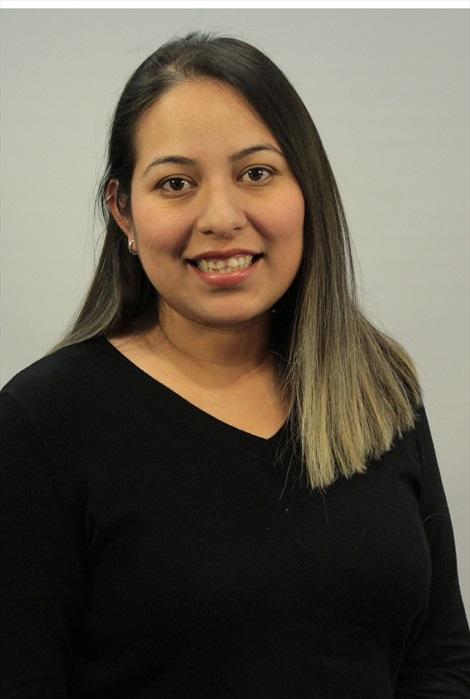 “I believe in treating your neighbor the way you want to be treated. If I were going through something, I’d want someone to help me, and I want to be that person for someone else…I believe I was always meant to do this, to go to San José, to become a librarian. Everything sort of fell into place!”

Alejandra Reyes’ journey has been one driven by the passion to help others. She grew up volunteering for organizations such as The Salvation Army, which taught her the importance of lending a helping hand and fueled her dream of becoming a public librarian. Her background with REFORMA, both in the National Association and the iSchool student organization, has given her the necessary foundation to put her passions to work. Now, as a newly graduated librarian, Alejandra is starting a new chapter as a member of the REFORMA Los Angeles Chapter and is excited to develop her librarian career at the Los Angeles Public Library (LAPL).

As a daughter of immigrants, Alejandra was raised with ambition. Close with her parents, they made sure she was aware of the American dream early on.

“When I was younger, my dad had this promise for me. He would say, ‘You’re going to be ten times better than me.’”

Her early years were heavily involved with The Salvation Army, which gave her firsthand experience with helping the less fortunate. This drove her to want to pursue a career in therapy or school counseling. As a high school freshman, she began looking at potential colleges and took a road trip that toured campuses in the area. One campus, in particular, captivated her attention: San José State University. At the time, she knew she wanted to be a Spartan.

Years later, after earning her bachelor’s degree at home in Los Angeles and the birth of her second child, she started looking for local employment. This led her to find work as a Cybernaut at the El Sereno Library, a branch of the LAPL. This position required tutoring K-12 students, keeping statistical records and monthly reports, and providing basic computer classes for students and adults. It was here where she found her mentor, a librarian who recognized her talent and encouraged her to pursue a career in librarianship. Before long, she was enrolled in the San José State University School of Information’s Master of Library and Information Science program.

During Alejandra’s tenure at the iSchool, she joined the REFORMA SJSU iSchool Student Group. REFORMA, which is an affiliate of the REFORMA National Association, develops students’ professional skills and increases awareness of library and information services to Latinos through guest speakers, service projects, workshops, field trips, and networking opportunities.

Alejandra had already developed a deep appreciation for the REFORMA Association as they had granted her a scholarship for her first year at the iSchool. Under the guidance of the group’s faculty advisor, Dr. Michele A. L. Villagran, she joined the organization and eventually became part of the board as the marketing and social media liaison. The computer skills she gained as a Cybernaut at the El Sereno Branch of the Los Angeles Public Library enabled her to effectively make social media posts for the organization.

Needless to say, Alejandra’s performance in this role was exceptional, as described by Dr. Villagran: “Alejandra hit the ground running when she jumped into her marketing liaison role for the new REFORMA student and alumni group. I am very proud to observe how far she has come in developing her skills as a student leader and now applying them in a chapter leadership role. Her experiences and story are a great example of our student leaders taking what they have learned and applying it even further in a chapter leadership role once graduated. Our group strives to support you as a student and alumni, and encourages you to continue to be involved with this group, your REFORMA chapter, and REFORMA National.”

Her passion for REFORMA continues post-graduation, as she recently joined the REFORMA Los Angeles Chapter as a public information officer. Being able to work alongside those who helped her earn her MLIS degree has been a tremendous honor.

“I’m still in awe. I feel like they’re celebrities, and I can’t believe I’m working next to (them)!”

Her role as a public information officer involves advertising their events, including events for other REFORMA Chapters as well as the National Chapter. This position will primarily focus on social media posts, creating event fliers, and encouraging others to get involved with the organization.

“Right now it’s about helping each other out. We’re still learning, and I’m excited to see what happens. We have a fundraising event coming up that I’m very excited about, and an anniversary event coming up this December.”

Alejandra’s drive to ‘pay it forward’ has poured forth into her developing career as a public librarian. Her biggest accomplishment so far has been proposing a program at the LAPL that would help those who struggled to learn computer basics such as Microsoft Office and emailing. This program was so successful that she had to schedule it for two days instead of one in response to high enrollment. This accomplishment was a great learning experience, as she learned how to assess the community needs, how to interact with different learning levels, and how to do library research. The patrons loved it and gave great feedback on her performance. She’s looking forward to future opportunities that will be just as rewarding.

While Alejandra’s passion for helping others has fueled her ambition to become a librarian, she wants other students in the MLIS program to be unafraid to ask for help from others.

“Don’t be afraid to reach out for help. You don’t know how much support you have until you reach out.”

With the help of her family, mentors, and REFORMA, Alejandra is confident in the possibilities that await her.