Alyse Dunavant-Jones: An Archives Girl in a MLIS World

Alyse Dunavant-Jones has known since high school that she wanted to be a librarian, and that the MLIS degree was part of the path to achieving her goal. After volunteering in the local middle school library during high school, and then working in a public library in college, she graduated with a bachelors degree in English and a minor in Information Technology. Her interest in digital libraries remained strong, and she started looking at MLIS graduate schools. Shortly after entering the iSchool Dunavant-Jones became enraptured with archives, and knew she had to find a way to bridge all of her library and archives interests. She’s now halfway through the MLIS program exploring the best of both worlds.

Exploring Opportunities in Libraries and Archives

Dunavant-Jones was living in Virginia when she decided that the online MLIS program at San Jose State was the perfect fit for her. She and her husband, who works in information technology, were looking at moving to a tech hub and SJSU’s proximity to Silicon Valley sweetened the deal. 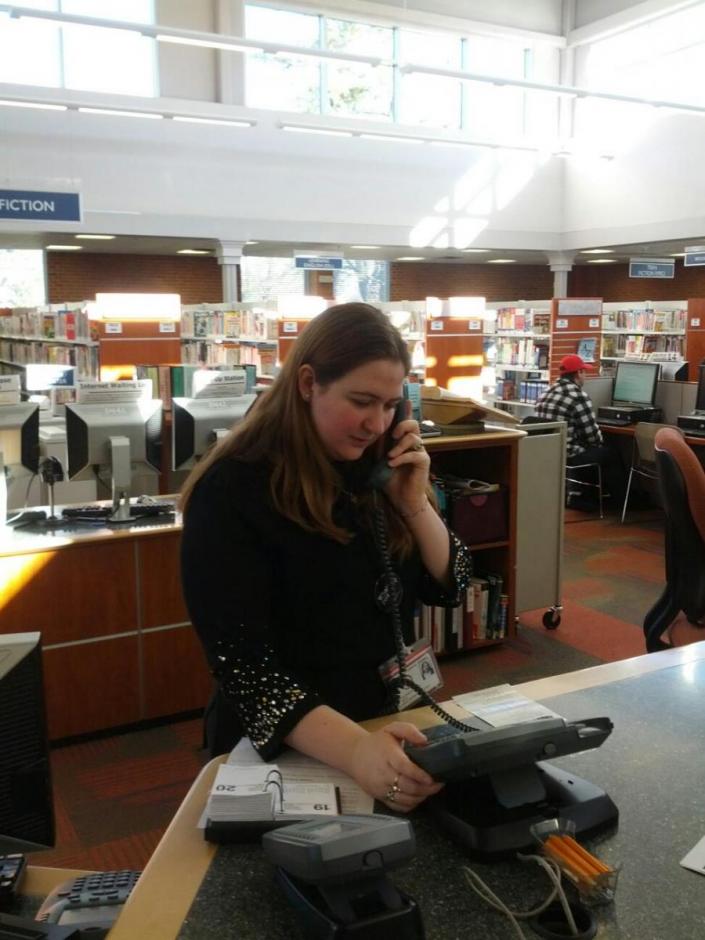 “After working in a public library (pictured, right) for seven years, I really enjoyed it and thought it’s somewhere I could work,” she explains, “but I really wanted to explore other career paths first before I settled down, especially with my interest in digital libraries.” She started the MLIS program in fall 2014, but as she learned more about the digital libraries, she was daunted by the emphasis on coding. She turned instead to the Digital Curation pathway, where she could learn to select, collect, preserve and manage digital content.

After an introduction to the different types of library areas through INFO 204, including public, special and archives, Dunavant-Jones finally realized it was archives that she was interested in. “As I looked into the digital curation pathway, I realized that it overlaps significantly with archives. Parts of it are archives but on the digital side, which is exactly what I was looking for: digitally acquiring, organizing, storing and retrieving information.”

A Second Life in Archives

“I’d never done anything in Second Life, or virtual worlds in general, and at the time I didn’t fully connect it with archives: I just knew that Second Life sounded very interesting,” she says. VCARA is a place where students can meet up outside the classroom, exchange information, collaborate, and learn more about archives and digital preservation. Dunavant-Jones took it upon herself to try to navigate into a Second Life colloquia, with predictable first-timer results in the virtual world: “I went to an orientation, and I was so embarrassed! I couldn’t get my avatar’s appearance to change, I couldn’t figure out clothing-it was a poor girl who was incredibly fat and half dressed. I clearly needed some help!”

She reasoned that if she volunteered in VCARA, she would get more comfortable navigating through Second Life, create her own personal avatar, get to know more students on the MARA path, and be able to make a more direct comparison between the MLIS and MARA degrees. She joined the team and started working on projects like helping to organize VCARA’s annual conference. As a volunteer, Dunavant-Jones created physical and virtual posters about VCARA to put up on various college campuses, and updated VCARA’s social media sites, including Facebook, Twitter and Pinterest.

“Social media was another big influencing factor on why I wanted to get into archives,” she explains. When she first moved to California she started following local public libraries on social media, and noticed that the libraries would do crossovers on their archives collections, showing pictures of manuscripts and videos on how to clean manuscript collections. 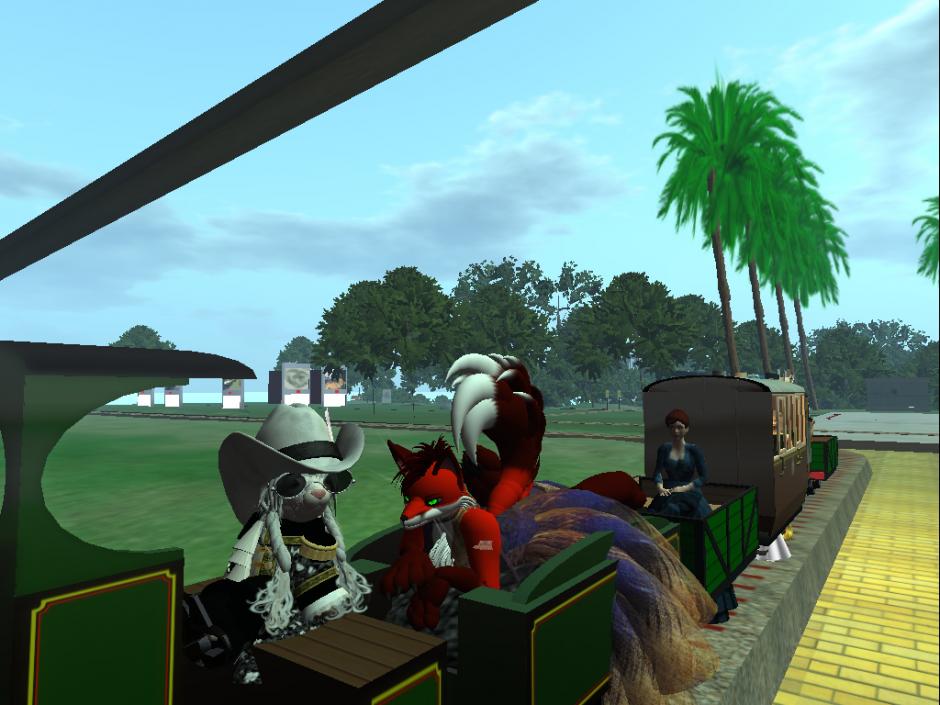 “Virtual worlds in general are fascinating, you have the ability to create, the characters move, and you feel like you’re in a room with people: a virtual meeting in Second Life feels like you’re there talking to other people.” Through Second Life Dunavant-Jones has networked with other archives students; learned how to navigate and troubleshoot hardware/software issues in a virtual world; gained confidence to explore (and perhaps someday build) virtual worlds of her own; learned about digital preservation; and enjoyed an alumna-created train ride around iSchool Island, where there’s now a student housing village. Her avatar, the red fox, is pictured, right, on the virtual train ride.

“Second Life is often used as a way to recreate historical sites and archeological digs that are long gone or impossible to access in real life,” she adds. “One of the first tours I went on after joining VCARA took us to Uruk City of Mesopotamia, 3000 BCE!”

Choosing the MLIS: Adding Flexibility to the Archival Focus

After her introduction to archives, Dunavant-Jones learned why students choose an archives career pathway, but continue with the MLIS degree.

“I’m sticking with MLIS because I like the flexibility,” she confirms, adding that following just one career pathway won’t allow her to delve into everything she’d like to learn. “I’m interested in digital curation and emerging technologies, and they go hand and hand alongside archives and preservation. I have an additional interest in public libraries and youth services. And knowing that many archives jobs accept an MLIS is helpful.”

Once she has the MLIS, Dunavant-Jones can do a post grad certificate in archival studies, to gain even more archives experience to augment her MLIS. “I don’t have to sacrifice other MLIS courses to take archives courses, I can take them later and get the certificate. It’s good to know that’s an option.”

In addition to archives, Dunavant-Jones is now taking a web programming class to conquer her fear of coding. She’s interested in working in an archives setting in a tech company like Apple. “That’s where understanding digital curation and emerging technologies comes in. There’s a lot of mobility in digital technology and curation; you can be an information specialist, a data analyst and work for an archives, public, special or corporate library.” With all of the career choices, all Dunavant-Jones needs to do is continue on her path of mastering library, information, and archival science, and the world will be at her fingertips.