For Canadian student Simon Lum, versatility is the key to success.

Canadian Simon Lum has worked in academic libraries and in classrooms, and is on call as an independent evaluator with the Educational Resource Acquisition Consortium. Lum received a teacher-librarianship diploma from the University of Alberta, which enabled him to transition from classroom teaching to teacher-librarian work. Versatility is the key to Lum’s career path, so when a professor at the university mentioned the MLIS program at the San José State University School of Information as a way to explore different courses to complement his LIS experience, the rest was quick, easy and painless. “I looked into it, and here I am!” Lum laughs.

Another Country
Living, working and attending the iSchool from Canada, Lum was pleased to find that instructors acknowledged that there are people from across North America and all over the world in their classes. He notes that “the assignments can be tailored to the geographic context or where you’re living, but it’s good to have the U.S. perspective too, so you can compare and contrast the differences in terms of library policies.”

To help pay for out-of-state iSchool fees, Lum applied for and won the 2014 HW Wilson Foundation Scholarship. And in 2015 he won the Global Impact Scholarship, demonstrating “a strong commitment toward using skills as an information professional to impact global communities and organizations.”

The communities Lum serves through libraries are diverse: Lum divides his time between work as a teacher-librarian and English as a second language 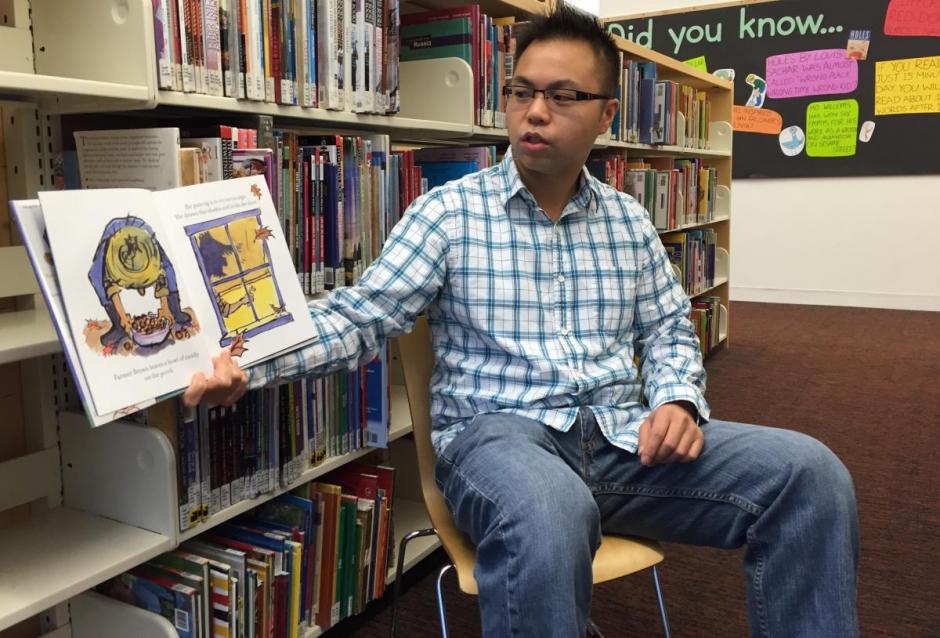 (ESL) specialist in elementary public schools in the suburbs of Vancouver. Fluent in conversational Cantonese and basic Mandarin, with Bachelor’s degrees in Psychology and Education and a minor in Linguistics, being an ESL teacher was a natural fit for him. “I think as communities continue to evolve and become increasingly diverse, librarians and information professionals will be de facto ESL teachers by the very nature of the cultural diversity in their communities,” he explains.

“I mentioned in my application [for the Global Impact Scholarship] my passion for libraries and advocacy, in terms of advocating for adequate library funding and services,” Lum adds, which he believes helped him win the scholarship. And it’s a natural advocacy, stemming from reading articles about libraries in the newspaper, and writing letters to the editor to try to influence others in his community through his own intimate knowledge of and commitment to libraries.

“The article that I was responding to was one where the Minister of Education wanted to increase reading levels for kids, but at the same time school librarians and library funding were decreasing—some schools don’t even have teacher-librarians,” he recalls. “My response [to the newspaper] was, if you want to increase literacy levels, then you need to staff libraries with teacher-librarians. They have the skills and knowledge to develop literacy in students.”

Lum received responses back from colleagues and co-workers who said that they read the article and agreed with his point. “It was good to hear my views were getting out there.”

Lum next took on a bill seeking to amend the Canada Post Corporation Act, which determines postal services for Canada. The bill was attempting to ensure subsidies for libraries so they could mail library materials to users in other libraries at a reduced rate. After four years watching the bill move through the legislative process, and as someone who works with remote libraries, Lum decided to contact his Member of Parliament to keep the issue in the forefront of his agenda.

“Libraries depend on the mail to deliver resources to remote locations,” Lum explains. “And the government needs to support and fund this.” When the bill finally passed, it went further than the original plan, amending what library materials would be included in the reduced mailing rate—not just books, but other media mailed to remote locations—to keep libraries accessible and inclusive.

Teaching in Libraries and Evaluating Resources
One of the reasons Lum applied to the SJSU iSchool was because the library school at the University of British Columbia required students to be on campus, and SJSU offered Lum the flexibility to take online courses anytime, anywhere, full- or part-time. “I continued to work [while taking iSchool courses],” Lum says, “as theory and practice go hand in hand, and both complement each other.” 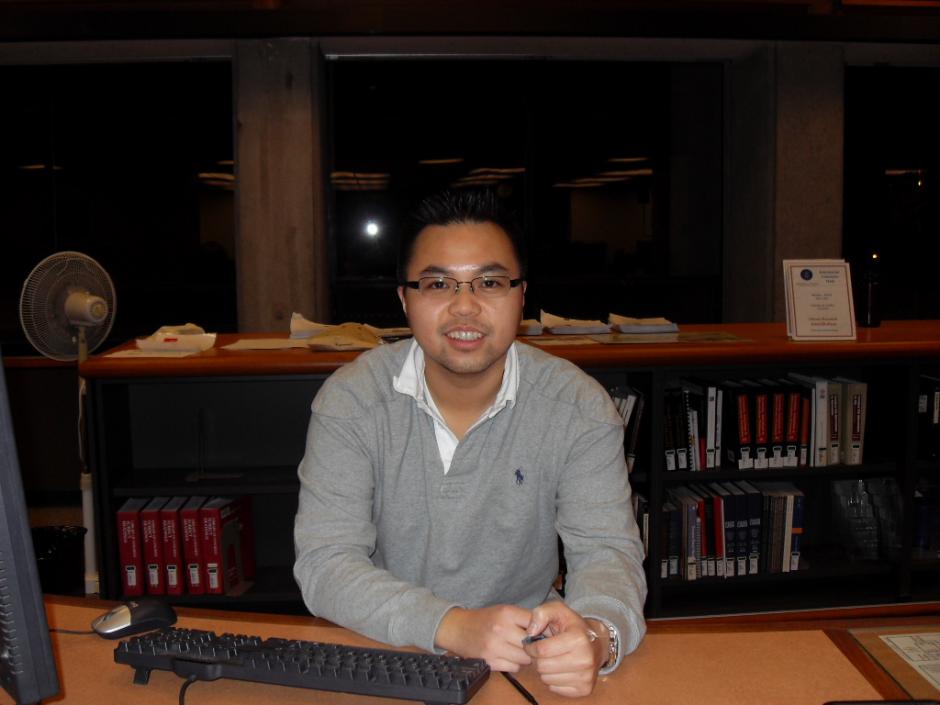 Education Resource Acquisition Consortium. “The MLIS degree is so versatile, and the skills and knowledge are highly transferable to other areas outside of libraries and information environments,” Lum enthuses. The ERAC works with British Columbia public and independent schools to evaluate print, software and digital learning resources, sharing data collected by evaluators like Lum in the form of research-based trends, promoting an ever growing database of shared knowledge.

“The partner school we work with may be in a rural or remote location, and we work on the evaluation using tools like Collaborate, and learning management systems like D2L,” Lum explains. The team learns the process of selecting and evaluating materials based on evaluation criteria, and then determines if the needs of the users and the specific learning resource match the school’s curriculum. Is this resource a necessary benefit to the school?

Lum notes that the skills he acquired from his research methods course transferred seamlessly to his work. “We implemented a change to use iPads in the library,” he explains. “The question was, how would iPads as a production tool enhance literacy? To answer that, we developed a survey, with results showing that people viewed the library as a place to consume information, but also a place to create.” The outcome was that the students were engaged, they loved learning via iPad, and the program was adopted in the library Lum evaluated.

Now finishing up his degree, Lum is thoughtful about his next steps. “I hope to be in a position someday where I can utilize my skills in a leadership capacity, where I can make the biggest positive impact in my community,” he says. “No matter what opportunities arise, my goal is to use my skills and knowledge to build on my past successes and experiences, and to play a vital role in supporting and affecting positive change in my communities—locally and globally.”