Connecting to Community Through Leadership 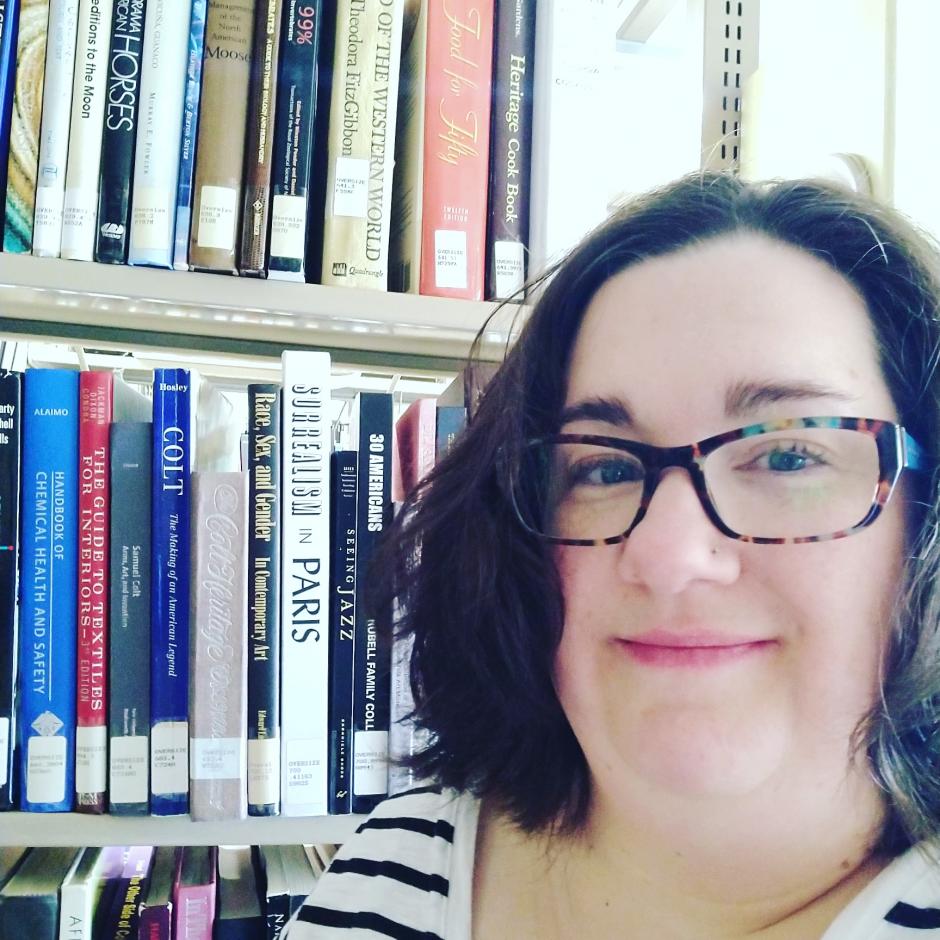 “The connections I’ve made with my fellow iSchool students; I’m really so happy with that. I would not have met the people I met, and they’re really great people.”

Elizabeth Lesso hadn’t intended to step into a major leadership role with the American Library Association Student Chapter (ALASC) at San José State University’s School of Information (iSchool). She came into the position not knowing exactly what it would look like but found her footing and has learned much in her time as chair of ALASC.

After she had been in school for a semester and started to get her grounding, Elizabeth received an email asking for self-nominations to ALASC. Having “never done anything in a group like this before,” she thought it looked like fun and responded. The chair contacted her, asking if she would consider the co-chair position rather than the position she had originally expressed interest in. It was far more responsibility than she had intended to take on, and “very much something I didn’t expect to do, even just working as co-chair,” but she stepped out of her comfort zone and agreed to be co-chair starting spring semester 2019. This was a big step she really enjoyed the work.

Elizabeth served as co-chair for a semester and “I liked it, and I liked working with the board.” The chair was graduating and she, along with advisor Debbie Faires, spoke to Elizabeth about the importance of consistency in the board. They spoke about how it is helpful for “someone to be the chair who knows what we’re about and who has been on the board for a while.” With this encouragement, she accepted the nomination and was elected to the position of chair for the 2019-2020 year. Reflecting on their advice, Elizabeth agrees that “it helps to have that background information. If anything, I wish I’d had more experiences as a co-chair to really get a better grasp on what was always needed.”

“I don’t think of myself as a natural leader,” Elizabeth notes, she hadn’t sought out leadership positions before, but as she’s been in these positions with ALASC, she’s learned a lot about herself and her leadership style. Serving as chair has given her the opportunity to closely examine her strengths and weaknesses, and to look at “how I can work on changing a weakness to more of a strength. Where do I need to grow?”

She’s enjoyed the chance to learn “more about other groups just by being in the group and attending other meetings.” This includes meetings they had where representatives from all the iSchool student groups met and shared what they were doing that semester. Through these conversations, she was able to learn more about different aspects of information sciences, even if they were not career paths she was interested in pursuing.

The thing she most appreciates, though, has been “the connections I’ve made with my fellow iSchool students. I’m really so happy about that. I would not have met the people I met, and they’re really great people.” The board and members of ALASC are people she might not have gotten the chance to know otherwise, and that has been a great part of her time as chair.

Elizabeth encourages all students to get involved with student groups such as ALASC and suggested several ways to do that. Over the past year, they’ve had students write guest blog posts and recommend subscribing to the blog to keep up on what ALASC is doing. They also have a presence on Facebook, Twitter and Youtube where students can engage in conversations and learn about programming that’s being offered.

It’s through the group’s programming that, according to Elizabeth, offers the best way to connect and get involved in the iSchool community. Regular opportunities to gather are presented through Zoom, including “Connect-Over-Coffee,” where MLIS students get to talk to professionals in the field using smaller breakout rooms. Elizabeth encourages students to share their “unique idea or a program.” With those recommendations, Elizabeth emphasizes, ALASC can explore making them happen.

As for advice to future chairs, Elizabeth wants them to remember “you don’t have to do everything yourself. Everyone on the board is a complement to each other. When one person doesn’t have the answer or needed skill, another will be able to step in and help. Everyone will always help; you just have to ask. And that’s the hardest part.”