“The librarian degree will help me in my field. The [film preservation] certificate will say that, not only does this woman have the technical ability to handle these films, but she also knows how to catalog, she knows the procedures, has the information science background, knows metadata. The ‘Indiana Jones of Movies’ is what they call me.”

Sarah Smith goes against stereotype. She introduces herself as “the girl in library school who doesn’t read,” and admits that when she worked in the children’s section of a public library she was “a little too loud.”

Throughout her MLIS studies, Smith has kept coming back on her first love: film. Recently she was accepted to the prestigious Selznick School of Film Preservation’s year-long certificate program, where she’ll be testing archiving, metadata and records preservation skills she’s learning at the iSchool, while working with her favorite medium. Studying concurrently in the two programs, online and in New York, she’ll be living the best of both of her worlds.

The Indiana Jones of Movies
It’s been an adventure for Smith to realize her dream. In high school she was a “really big theater geek” with dreams of being a director; film school saw her lean toward film history with the intent of being a critic. “I finally got the guts to talk to a teacher and told him I wanted to go to grad school, and he told me not to get the master’s in film studies and waste my money,” she laughs. “He let me know about MLIS and archives programs: he told me I really needed to get the MLIS background.”

So Smith queried working archivists who studied at the iSchool, and they confirmed that a film background plus the MLIS was a combination increasingly valuable in the film world.

At that point, says Smith, “I knew I wanted to be a film archivist, and eventually I want to be a professor, but I want to make a difference in the film history field first. And film archives are a really good way to do that: a way to preserve the past, and bring it to the present. I fell in love.”

Now, by day she’s an intrepid MLIS student who moonlights working in the student library at the New York Film Academy in Los Angeles. Soon she’ll be adding Selznick courses to her workload.

“The librarian degree will help me in my field,” Smith says. “The certificate will say that, not only does this woman have the technical ability to handle these films, but she also knows how to catalog, she knows the procedures, has the information science background, knows metadata. She knows all the legal issues and the intellectual background side of it.

“The ‘Indiana Jones of Movies’ is what they call me.”

If You Can Make it There…
In her first iSchool semester, Smith jumped at the chance to take INFO 220, on film and media collections, with Nancy Goldman. For a class project, Smith toured the Film Archives of the Academy of Motion Picture Arts and Sciences, which awards the Oscars. And that’s where she learned about Selznick’s certificate program. “I met these people through class—students who’d gone through SJSU—and we were talking about how the degree is cool, but we don’t necessarily want to work in libraries… All the teachers at Selznick have LIS degrees and work in archives. It’s the degree to have.”

After the course ended, Smith asked Goldman for a recommendation for Selznick. “That’s when she let me know she worked there herself, and it was like a sign.”

Building on what she learned in Goldman’s course, the Selznick certificate program will allow Smith to work with a team of specialists in the field of “moving image archiving” and give her thorough knowledge of the theories, methods and practices of motion picture preservation. “I get to take science classes,” Smith elaborates. “I’m so theory and history centered, this is going to be a really big challenge for me, and very different.” 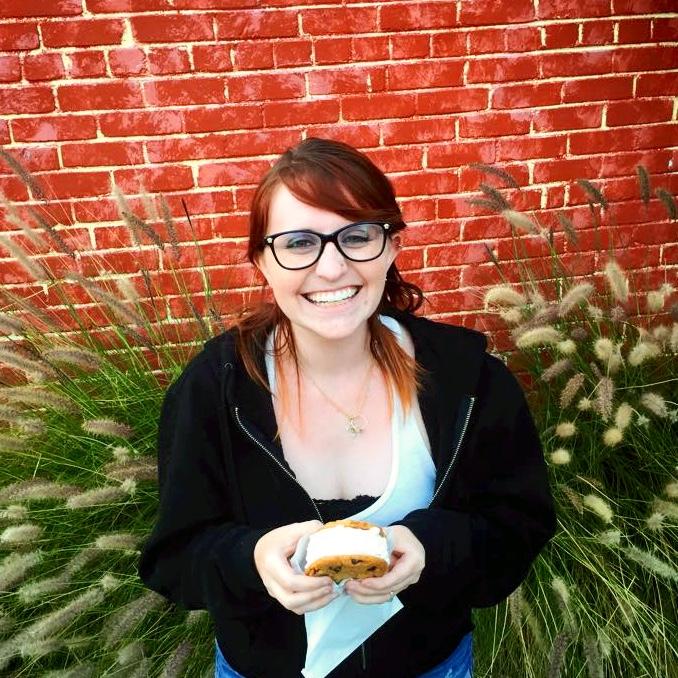 “The chemistry is what I’m most scared of,” she admits. “When I went on the tour of the Academy archives, they showed what happens when you don’t do it right [film preservation], and it’s hard to pull apart and save something that’s gone wrong.” She’ll also be trained in archival practices and discover what cataloging means to the film industry.

Smith is moving to New York soon, and will continue her iSchool studies online, while getting credit for Selznick courses as independent studies. Her schedule will be hectic, invigorating and rewarding. “I go to school from 9 to 5 every day, and I’ll be taking iSchool classes at the same time. A minimum of one week per quarter I shadow someone in archives.”

On the Path to Success
Smith is taking advantage of all learning opportunities in preparation for Selznick. At work, instructors at the NY Film Academy give her tips on things she didn’t experience in film school. “It’s pretty exciting that I’m around people who will prepare me before I go: I feel like I’m going to be Harry Potter on my first day of school, and everyone else will be Hermione Granger.”

And she’s happy to continue her MLIS studies. “iSchool has done nothing but bring me connections,” Smith says, “and it helped me get into Selznick. Going to school online has been the best thing ever, because all my teachers have been in different places and brought me so many helpful connections and ideas.”

Ultimately, Smith’s goal is to use all of her film and archive skills, and give back through teaching. “I want to be the professor with pink hair, be a weird teacher. Or be like [Goldman], and come back to teach about archives. I want to pursue higher degrees and have that knowledge to move up in life.”

Back
This item appears in:
This community profile has been archived and may contain content that is out of date.