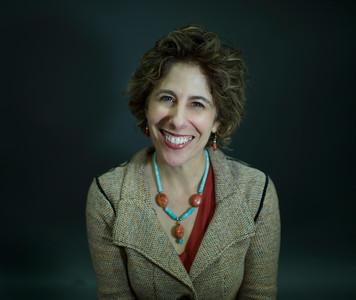 “Part of the benefit of education is to learn new things, even if you don’t  think you need them for your future career. There are so many options now…and a lot you can do.”

“It’s not exciting,” Lisa Rosenblum says of her meteoric trajectory through the LIS professional ranks. But we disagree.

One of Library Journal’s 2009 Movers and Shakers, Rosenblum was branded an Innovator in part for managing the merger between San Jose’s public and university libraries. She spent three years as director of the Hayward Public Library and Neighborhood Services Department; served as director of Library and Community Services for the city of Sunnyvale; and currently resides in Brooklyn, New York, having accepted the role of chief librarian, overseeing the borough’s 59 branches and one central library.

Rosenblum was also an iSchool lecturer, teaching core course INFO 204, aptly instructing students on information professions. It might not be exciting to Rosenblum, but to everyone else, her accomplishments are the stuff of library legend.

When Public and Academic Libraries Meet

When Rosenblum first moved to San Jose, the city was hiring librarians. Even though she didn’t have a MLIS at the time, Rosenblum wasn’t daunted. She took a standardized test, passed, interviewed, and got a job.

“I found out how much I really enjoyed being a reference librarian and helping people,” she says.

At that point in California you could get hired as a librarian but not advance without the MLIS degree, so Rosenblum went through the iSchool’s MLIS program. Post degree, she realized that she enjoyed working in big public library systems, because, as she notes, “you can do everything.”

Rosenblum was in San Jose when the city’s public and university libraries were planning their merge into one organization, a lengthy and deliberate process.

“The director of the (public) library at that time saw something in me, and I was promoted to lead one of the project teams working with the university,” she says.

“It took us seven years to plan that library, but I’m really proud of the work we did. It helped launch my career and showed me I could do a lot more than I thought I could.”

A big part of the job was working with colleagues to make “one big cohesive happy library.” It was her first taste of the academic side, and it wasn’t always easy to balance competing viewpoints about the direction and services of the library. But the job taught her important lessons she’s used throughout her career.

“Some of the qualities I’ve learned—compromise, seeing thing from the other person’s viewpoint, being more holistic about library services—were things I picked up through working on the merger.”

From the Bay to Brooklyn 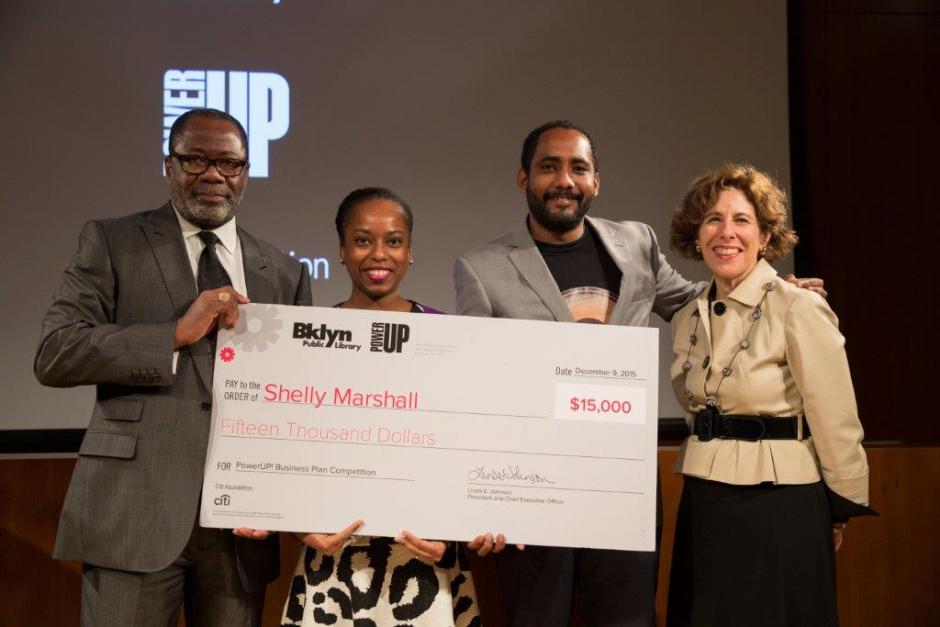 When Brooklyn Public Library (BPL) came calling, Rosenblum could not resist the lure of another another challenge to tackle. The library had been without a chief for 18 months prior to her arrival, so Rosenblum, who is in charge of all library operations, stresses that her first goal is to make the group an inclusive, cohesive whole again.

“We really have an important role in Brooklyn,” Rosenblum, pictured right with members of the community, says. “We use our space to do lots of different things you wouldn’t associate with the library, but resonate well with this community. We organize programs for new immigrants, adult education, ESL classes, and we teach people about immigration law.”

Another challenge has to do with the buildings themselves: often 100 year old Carnegie libraries that haven’t been kept up and are now falling apart.“These Carnegies are lovely buildings,” Rosenblum explains, “but to get technology in them and to get all the wiring and electricity renewed is a challenge.”

“People want to use technology in libraries,” she adds. “It’s the digital divide: there are people who truly rely on us, especially in these urban areas, who have no other ways to get technology unless our library serves them.”

Library users and staff work in buildings without heat or air conditioning, buildings that aren’t wired to meet today’s technology demands, with some so crowded that children sit on the floor to read books.

“The challenge is to keep staff positive, and to keep the branches as attractive possible before they get remodeled, which might be in another 10 years. There’s a lot of work that needs to be done here.”

The good news is that Rosenblum was able to hire 60 new librarians, and just started six-days-a-week service, to better meet the community’s needs. She convened a new librarian boot camp to instruct the new group on all of BPL’s services and providers, and is innovating a training and development program to help the librarians continue to grow in their new careers.

“It’s part of my experience teaching for San Jose State: I took the classroom with me,” she laughs. “When I was designing the curriculum, I said we’ll have a core class, remembering 204, they have to learn about storytelling, and then we’ll have electives….”

The Future of Libraries and Librarians

Rosenblum is happy to share the benefit of her experience, offering advice to students on how to get the most out of their MLIS time, and ruminating on the future of public libraries.

“First and foremost, you should experiment with different classes,” she states. “I still believe that part of the benefit of education is to learn new things, even if you don’t  think you need them for your future career. There are so many options now, from the digital end, creating websites, programming, data analytics…there are a lot of things you need to know, and a lot you can do.”

Rosenblum believes that libraries are always going to be first and foremost a gathering place. “The place is important: it’s not about the transactional nature of what we do, it’s less about reference and more about meeting spaces, offering a place for people to connect.”

And she’s adamant that libraries continue to focus on literacy and early learning. “There’s nothing quite like bringing a child to the library, having them go to storytime and bringing books home,” she says. “We need to continue in that role, creating beautiful positive spaces for children.”

But Rosenblum’s most heartfelt advice comes from her own experience: “Do what’s best for you. Your career will happen when the time is right. Life just sort of happened, and I went with it!”