iSchool Student Builds a Global and Community-based Perspective on Librarianship

“I know that a lot of people think that libraries are becoming irrelevant, but I strongly disagree. The library where I work is always incredibly busy. It’s true that there are a lot of ways for people to access information themselves these days, but it can become information overload and people often need a little help navigating through it.”

Through a study abroad trip to Ireland and her work in a public library, San José State University School of Information student Terra Emerson is expanding her skillset as a future librarian.

Besides the obvious love of books and libraries in general, iSchool student Terra Emerson was brought to the LIS field by her affinity for one of the core tenets of public librarianship. “I am enamored with the idea of free access to information for everyone,” Emerson says. “I think it’s a pretty radical concept within the capitalist structure we live in—providing people, no matter their income level, immigration status or identity with tools for lifelong learning and self-empowerment. That’s kind of amazing!” Emerson, who currently works as a library specialist at Sonoma County Public Library, believes that even just providing public meeting spaces or a safe place is important. “I love feeling like I’m a part of my community,” Emerson says, “and getting to know our patrons and their needs.” 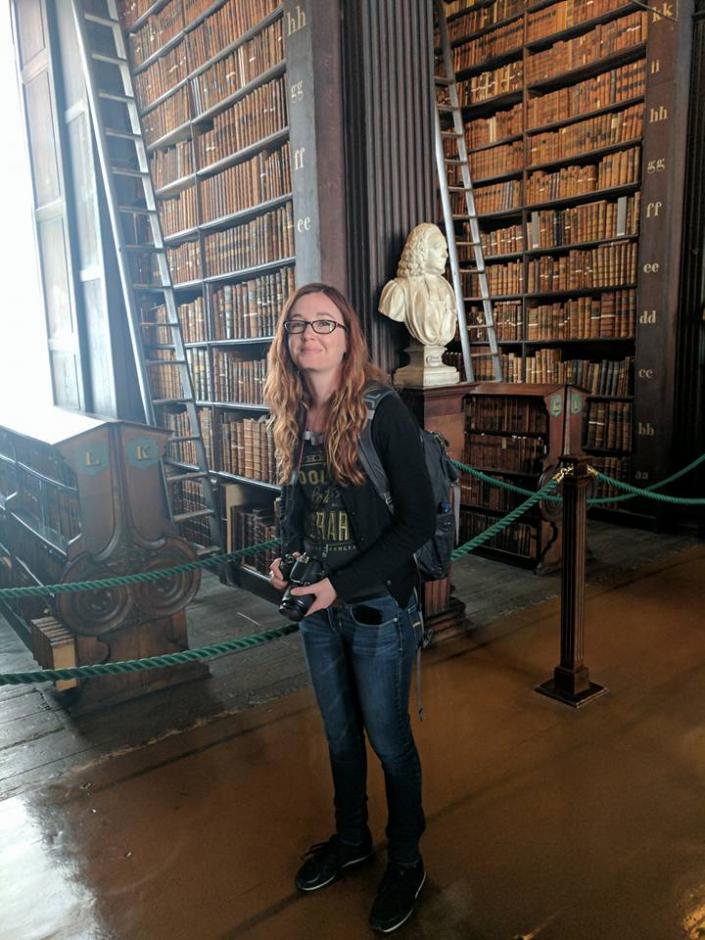 Getting her MLIS wasn’t always Emerson’s plan, though she’s not sure why. “I am honestly not sure why I didn’t realize being a librarian was a good fit for me sooner,” she says. “My previous work history has been a blend of social work and bookstore work, which makes librarianship seem like an obvious path for me.” It wasn’t until she discussed graduate school with a librarian friend who graduated from the School of Information that Emerson realized the flexibility of the 100-percent online MLIS program at SJSU could work for her. Recalls Emerson, “It suddenly moved from being this unattainable fantasy to something I could actually do!”

Her time at the iSchool and her time working in a library performing circulation and answering reference questions have compounded Emerson’s librarianship skills greatly. Even so, she strives to broaden her understanding of the profession any chance she gets—taking every opportunity to expand her knowledge of the field.

To the Libraries of Ireland and Back Again
Through the University of North Carolina at Greensboro (UNCG), in the summer of 2017 Emerson joined several of her fellow iSchool students and several UNCG students on a three-week trip to the libraries and archives of Northern Ireland and the Republic of Ireland. While there, Emerson and her cohort (pictured right) sought to understand the role of libraries during conflicts like The Troubles and the LIS profession from a global perspective.

Discussing her ‘most informative’ LIS-related experience during the trip, Emerson reminisces: “I was particularly struck by the Northern Ireland Political Collection at the Linen Hall Library [in Belfast].” The collection started in 1968 at the beginning of the Troubles when the librarian at the time saved a flyer he was handed on the street. Since then, the collection has grown to over 350,000 items representing both sides of the conflict. “Learning about and seeing this collection,” Emerson says, “really drove home the role of libraries in preserving cultural history in the moment. It’s one thing to think about preserving older books and historical artifacts, it is quite another thing to have the foresight to start a spontaneous collection as the situation is unfolding around you.”

Overall, the study abroad opportunity helped give Emerson a global understanding of the field. “While there are certainly differences in the ways that the libraries were organized and run in Northern and Southern Ireland versus the United States,” Emerson notes, “there were also a lot of similarities.” One of the similarities that stuck out to Emerson was the passion librarians have for their work. Says Emerson, “It was really validating to see that in spite of the distance between us, we share a common dedication to serving our communities and defending intellectual freedom, among other things. Learning about how these librarians stood by their values even during times of cultural conflict and physical danger was inspiring.” To Emerson, this feels like yet another confirmation that she is entering the right profession. 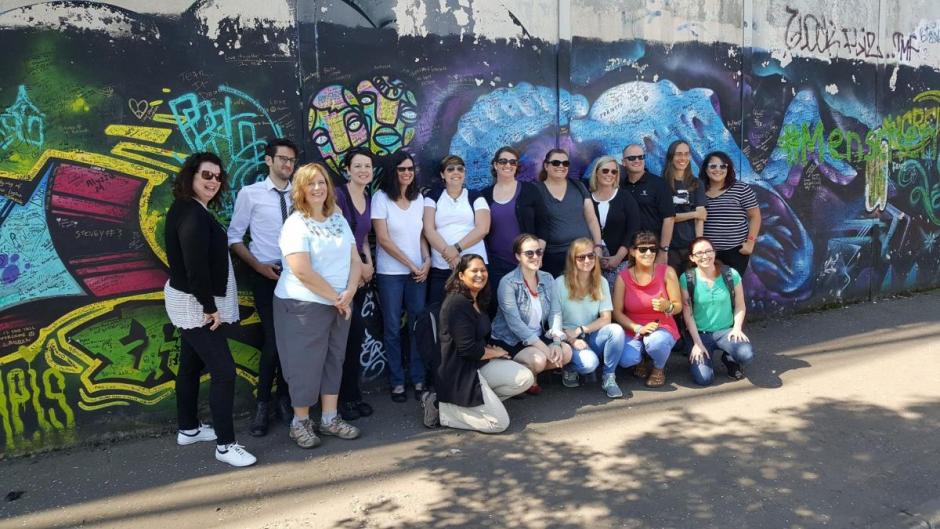 Beyond the Emerald Isle
Again, Emerson’s courses at SJSU have also contributed to her development as an LIS professional. Although they’ve all been helpful, Emerson singles out Maria Otero-Boisvert’s course INFO 210: Reference and Information Services as especially useful. “Her assignments,” Emerson says, “were very practical and hands-on. They included shadowing a librarian at a reference desk.” The class as a whole helped her understand that librarians do not have to know everything. Says Emerson, “we just need to know how to find the right resources to figure it out. Learning that was a bit of a relief.”

As for her future, Emerson hopes to stay in Sonoma County and apply for a librarian position after graduation. “I haven’t completely ruled out the possibility of someday working with rare books in special collections at a university library,” Emerson says, “but when it comes down to it, public libraries have my heart.”