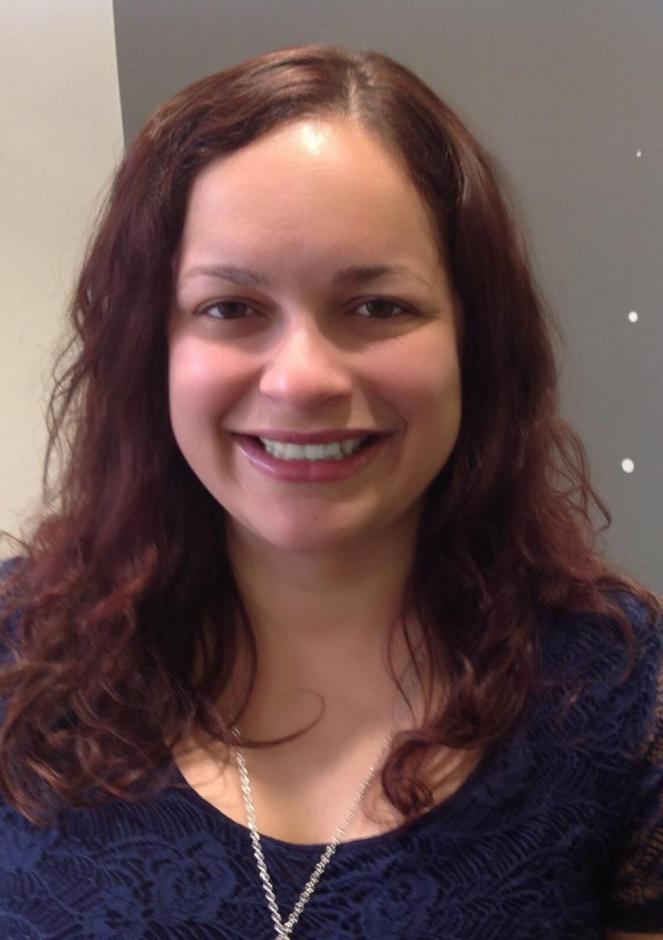 “I LOVE MY JOB. I never thought I would say that, and I never pictured myself doing what I’m doing now.”

Isis Leininger moved to the U.S. from Brazil when she was 19, to join her brother and to take English classes. She soon settled in Southern California, with her family’s blessing—under the condition that she get a job and go back to school. Leininger complied with her family’s request, started attending college, and quickly found that the library was where she was destined to be.

Leininger got her first taste of library life as a student at California State University at Northridge (CSUN), working at the Oviatt campus library. In the Reserves, Periodicals and Microform department, Leininger helped students search through 45,000 electronic journals, magazines and newspapers, and nearly 1,600 print journals, and find their course textbooks. The job ended when she graduated in 2010 with a bachelor’s degree in Film & TV Production.

“And then my boss from the library called and said ‘I’m quitting, I need someone to come in as an emergency hire, work here part time and then maybe it can go full time,’” Leininger remembers. She jumped at the opportunity, stepping into the role of Reserves Periodicals and Microform Assistant.

Leininger says that she liked the job, but admits that, after a while, she found the work a bit repetitive. So she started volunteering to tackle other projects, assisting in other departments, and doing community outreach and library marketing to get a taste of different types of library work and to keep learning new things.

“I did everything possible,” she says. “Every party or event the library had I volunteered. The library here is very nice, they really encourage you to do new things, explore new things. I started meeting people, getting involved with committee work, and people started knowing me more.”

Then in 2013, Oviatt library opened the The Learning Commons, featuring The Creative Media Studio, and Leininger saw her future.

The Creative Media Studio (CMS) is part of the library’s renovated Learning Commons, opened in 2014 thanks to funding awarded to the library. The CMS provides students with access to specialized hardware, software and support to create videos, digital audio recordings and other multimedia projects. With her education and experience in film and tv editing, Leininger knew where she needed to be.

“This is where libraries are going, this is the future, and this is where I’m going,” she explains. “So I started talking to people, telling them I really wanted a job.” Her perseverance paid off, and in July 2015 Leininger was hired as the Creative Media Studio Coordinator.

“I LOVE MY JOB,” Leininger proclaims. “I never thought I would say that, and I never pictured myself doing what I’m doing now! I worked really hard to get the CMS position.”

“At the CMS, we have 8 iMacs with all the software, Final Cut Pro, Pro Tools for audio and we have a recording studio.” Leininger now has student assistants to supervise, and worked to extended the hours for the studio, which has brought in more students—her ultimate goal.

“In my job, I do a lot of what a librarian does: a lot of helping patrons, helping with their projects, I supervise students, I do a lot of outreach and work with students—some people think I’m a librarian,” she says. “ Libraries and technology are very important to education, and that’s what I want to be a part of.”

For the first anniversary of the CMS, Leininger worked on a committee to organize a student competition featuring works created during the CMS’ first year.

“I contacted every student who’d ever come to the CMS,” Leininger says, “I got students to submit videos, photography, graphic design, animation, and then went around campus to get faculty to judge the creations.” At the celebration, Leininger showed the student videos on a wall outside the CMS, and used the computers for people to view their photography and listen to the music. The event (pictured right) was a big success, further establishing the importance of the CMS.

Leininger was inspired to start the MLIS program while still working in the library reserves. “I started talking to librarians and thinking this is what I do, and so I started taking classes,” she says.

“I think education needs to break barriers: science is important, but if you’re a good a scientist and don’t know how to communicate, or write or present something…you need to know so much more than what you went to school for, and that’s where libraries come in. I think there’s a lot more out there for students, and as librarians we can help them with that.”

That positive, collaborative thinking is what encouraged Leininger to seek out other librarians to learn from and partner with. After discussing the library’s needs, she and a librarian co-wrote two grants, with no prior experience or coursework in grant writing.  One grant was awarded by the campus’ Center for Mexican and Latin American Studies, to support a study of CSUN’s Latin American collections. Leininger and her colleagues presented the results of the study at a REFORMA conference.

Leininger also applied for, and won a REFORMA scholarship in honor of the late Dr. Karin Durán, a librarian and Chicana and Chicano Studies instructor at CSUN. The scholarship awards $1000 to MLIS students in an academic or archival focus.

“The scholarship is a funny story,” she laughs. “The librarian for Chicano studies at my library, we worked on the grant together and she told me about REFORMA. I didn’t know much about it but she told me I should apply for the scholarship. I applied, won it, and then presented at REFORMA for the grant project.”

Leininger is proud of all she’s accomplished since coming to the U.S., getting her degree and joining the ranks of professional librarians.

“I have to be grateful for both the degree and my job,” she says. “I love SJSU,  I love the iSchool program. I found my calling: I never thought I’d become a librarian, and now this is everything. I love it so much!”