“When you talk about value for the degree you get at SJSU: it’s useful, it’s immediate, there’s no throwaway classes or things that won’t help. I couldn’t do what I’m doing now without all the education and experiences I had in the online classes.”

In 1998, Linda Harper applied to an ad in the newspaper and started working at the Hingham Public Library in Massachusetts as a part time library technician. Almost 20 years, two children and one MLIS degree later, Harper is now the first female director in the Hingham Public Library’s long history. Her route to her dream job is circuitous, and includes a fast-paced MLIS degree program sprint. But she’s never been happier.

Harper was in school for a Master of Education degree when she first started working in Hingham Public Library (HPL), a busy library in a town of over 22,000, with high circulation and a high volume of visitors. She loved the library work so much that she realized she needed to make a choice: “Do I go the teacher route, which is what I went to school for, or stay in the library and do what I love to do? It was a no brainer. I loved the library too much to leave!”

When the circulation supervisor retired in 2003, Harper, who’d been promoted to senior library technician, thought she would be a perfect fit for the job. Even without the MLIS degree, the library took her experience and education into account, and promoted her to circulation supervisor. She stayed in this role until 2014, when the library decided to resurrect the role of assistant library director.

“I like management and administration,” Harper says, “and [the library director] knew I was interested in the assistant director role. So while he was working to reinstate the position, I made the commitment that I would go back to school to be eligible for it.”

Harper found the iSchool, which fit all of her requirements. “Great convenience because I didn’t have to go to campus, which was huge as I working full time with two kids. Having the asynchronous ability to go to classes was phenomenal! I was trying to move very fast and needed to be able to do things when I had blocks of time available. The courses offered were everything I was looking for to supplement my library knowledge.”

She started taking iSchool courses, was promoted to assistant director, and then noticed a funny coincidence between her library work and library classes.

“Everything I was learning about in my classes, I needed for the job,” she recalls. “I can’t say enough how useful every class I took in the program was. It’s not academic, it’s what you need at this level to do your job. Working for so long in a library you think—what am I going to learn by going back to school? But the knowledge gained was incredibly useful, and I soon realized that I really did need it!”

In addition to overseeing the reference, technical services, children’s and circulation departments, part of Harper’s new role included troubleshooting technology, from the server room to the library PCs. But she knew that libraries were moving towards online environments, and wanted to make sure she was able to keep up with library users’ changing information needs—where people look for information, and the tools libraries need to help them find it.

“All of us who’ve been in the library for a long amount of time, we’ve seen the changes,” Harper notes. “I see where we are now and where things are going, and being tech savvy and being comfortable in that environment is absolutely critical to being a successful and effective librarian.”

Harper was assistant director for less than a year when the library director let her in on the secret that, after 20 years, he was looking to retire. Harper notes that Hingham is a colonial community established in the 1600s, with a number of local families who have roots dating back to the original settlers.

“People [in Hingham] value their library and their traditions, and we have a library board established in 1869 when [a resident] built the town’s first public library, so things have just moved according to tradition and pace,” Harper elaborates. “Opportunity doesn’t come very often. I was in the right place at the right time.”

Harper was only halfway through the program but knew she wanted the job. So she started taking extra classes to speed up her graduation date.

“The board knew I was interested as a candidate,” she explains. “But in Massachusetts you can’t be appointed director of a public library in a town with greater than 10,000 residents until you have the degree. I was the acting director until I graduated in December 2015, and they appointed me upon the completion of my degree.”

Being acting director while working full time was a challenge Harper was happy to take on. “Every class I’ve taken has been amazing,” she says. “I’ve been using the knowledge and skills right off the bat. When you talk about value for the degree you get at SJSU: it’s useful, it’s immediate, there’s no throwaway classes or things that won’t help. I couldn’t do what I’m doing now without all the experiences I had in the online classes.”

The immediately useful experiences include:

“People’s expectations are different today than they were five years ago: being able to meet them is key to survival for public libraries. The library should be the place you can go for help and resources…and access to all the cool stuff people can use.” 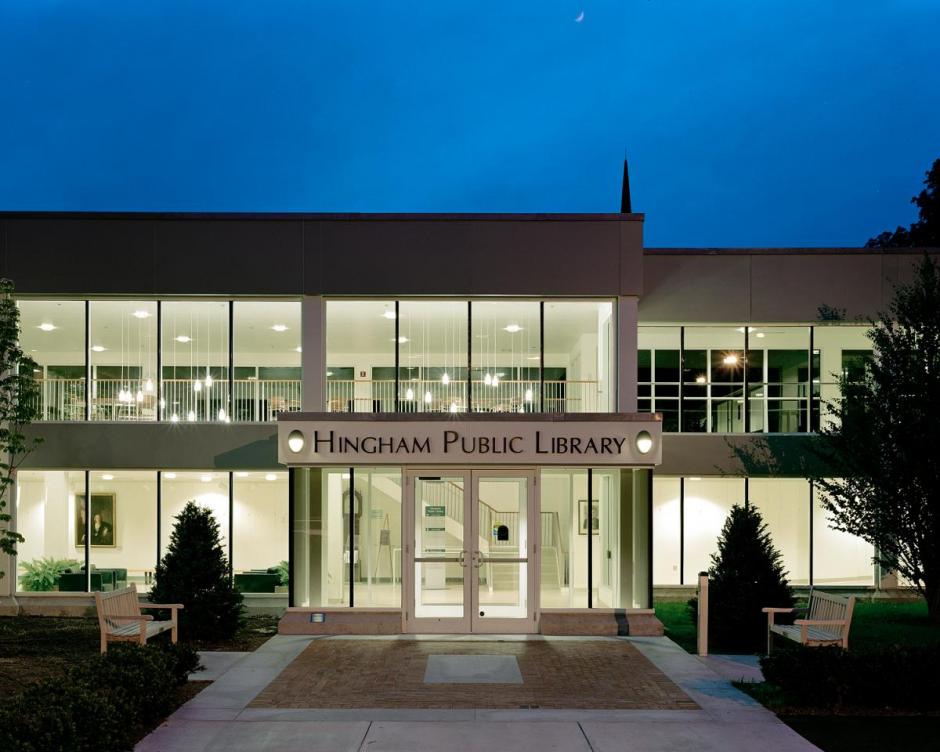 Next up on Harper’s to-do list is to spread the word in the community about what the library can do for them. She’s the perfect ambassador, having many established relationships with the staff and community.

“It’s easy to hit the ground running,” she adds. “I know the issues, needs and expectations of the community. But I never assume I know it all, so the key is to keep people involved…we have to keep our eyes open, scanning the environment and being willing to change and adapt to meet the community’s needs.” One of those needs included a young adult librarian, a position Harper recently created.

“I think I speak for most people here: you get up in the morning, you get up and go to work and you say, don’t tell them, but I’d do this for free.

When you talk about dream jobs—I couldn’t be happier!”