Melissa Ward Brings Tech Experience and Energy to the ALASC

“Being a part of the ALASC has been a highlight of my time at SJSU. I love the library tours that the ALASC hosts at various libraries including the one where I work at Blizzard Entertainment. Being able to go behind the scenes to see what everyone is doing that is so different has been really fun.”

Melissa Ward is bringing her organizational skills and love of action items to San José State University School of Information’s American Library Association Student Chapter (ALASC). She is serving as Chair of the ALASC for her final semester at the iSchool in 2018. The group is currently organizing several student events such as a virtual scavenger hunt for the ALA’s Banned Books Week and library tour meet-ups in Southern California. “Everyone is by default in our student chapter. You don’t have to be an actual member of the ALA to be in our chapter,” said Ward. “We do the most in-person events in California and the West coast. We don’t have a lot of reach in other places, so we try to motivate people with virtual events. We are trying to have at least one event per month, like a webinar with speakers or an activity.”

From Developer to Librarian
Ward worked as a front-end developer at Blizzard Entertainment and Legal.io for 10 years before entering the MLIS program at SJSU. While looking for a new approach to her career as a programmer, Ward found out more about digital librarianship. “I discovered library and information science, discovered all of the pathways at SJSU, and realized it is super relevant to what I am doing now, which is organizing information on the web in a way that helps users. A lot of rules from web design marry really well with common sense things from LIS.”

Ward entertained thoughts about various career paths early on in the program, such as becoming a teen or youth librarian, but ultimately decided to stay in the digital realm. Her enjoyment of video games and the video game field has directed much of her research while at SJSU. “One of the highlights has been getting the chance to explore metadata for video games in research. It’s a very new thing, but some schemas have already been created. It’s strange because video games are a multifaceted media. How do you make it findable as a whole because it has so many different parts?” said Ward. “I now have a portfolio of research on this subject which is amazing.”

MLIS Takes it to the Next Level
Recently, Ward found a position at video game company Blizzard Entertainment where she worked previously as a web engineer. She now holds the title of Digital Asset Coordinator within a team called the Vault. She works in tandem with a librarian and a curator, as the company has a physical library and a museum on site. Ward provides reference services for internal employees who need artwork, as well as cataloguing, metadata and providing reference and distribution services for over half a million assets. “My job is amazing, fun and fulfilling because I get to help people with their projects. I love seeing the projects out in the wild once they are completed. I love what I am doing and see myself doing it for a long time,” said Ward. She describes the  MLIS degree as helping her speak the language of metadata and organization. “I understand how to make the assets findable and am better at my job because of the knowledge I gained at SJSU,” said Ward.

Organization Skills Transfer to Other Areas
As the Chair of the ALASC, Ward takes on many duties. In a typical day she might be writing blog posts, creating action items for the other officers and volunteers, researching ways to help the SJSU chapter become ALA’s student organization of the year, or planning events. “I am big on action items to get stuff done. We’ve been in the running for the student chapter of the year award a few times in the past and we won it in 2014, so we have been trying to get back in there. I will only be chair for this semester because I graduate but I am trying to set the organization up for success for whoever comes after,” said Ward. Ward spends approximately one hour per day working on the ALASC but does more when she can. She feels that the ALASC can provide students with opportunities to connect and network in addition to learning skills that can help in the job market. She encourages students to learn more and get involved with the ALASC at SJSU. 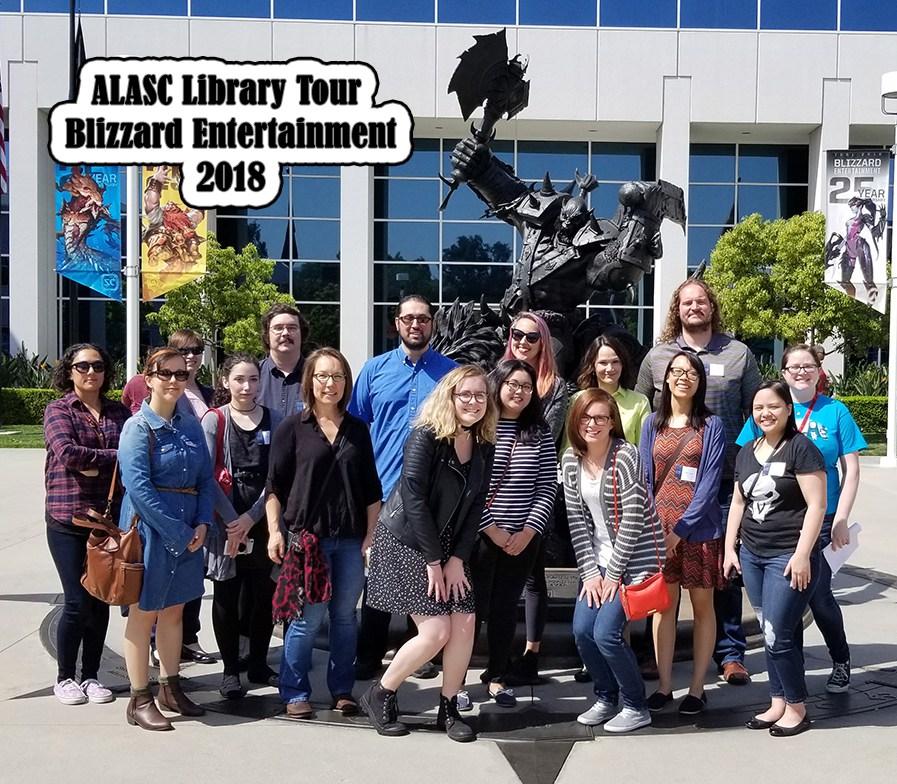