“My love of history led me down the archives pathway of classes. I chose SJSU’s iSchool because it is ALA accredited, and having an online program was important for me since I was working full time and needed to ‘attend classes’ at odd hours.”

Jennifer Pickens has found a brand-new career as an archivist, thanks in part to the San José State University School of Information.

Like many of those who went on to become information professionals, iSchool alumna Jennifer Pickens (MLIS, ’14) went to the library every day as a child but not just for the normal fiction. “Sometimes I would sit in the reference section, read the encyclopedias and assign myself reports for fun!” Being a librarian was always on Pickens’s list of careers she’d like to have, so—after working in the airline, photography and editorial fields—she made one last career change and decided to head back to school for her MLIS. Says Pickens, “My love of history led me down the archives pathway of classes. I chose SJSU’s iSchool because it is ALA accredited, and having an online program was important for me since I was working full time and needed to ‘attend classes’ at odd hours.” Her course work at SJSU led her towards the rewarding career she has now, working as an archivist in a unique environment celebrating a modern icon.

Archiving From The Peanuts Gallery

Today, Pickens works as an assistant archivist at the Charles M. Schulz Museum and Research Center in Santa Rosa, CA. Her main responsibility is processing objects, as the museum conducts item-level processing of their Schulz collection, including 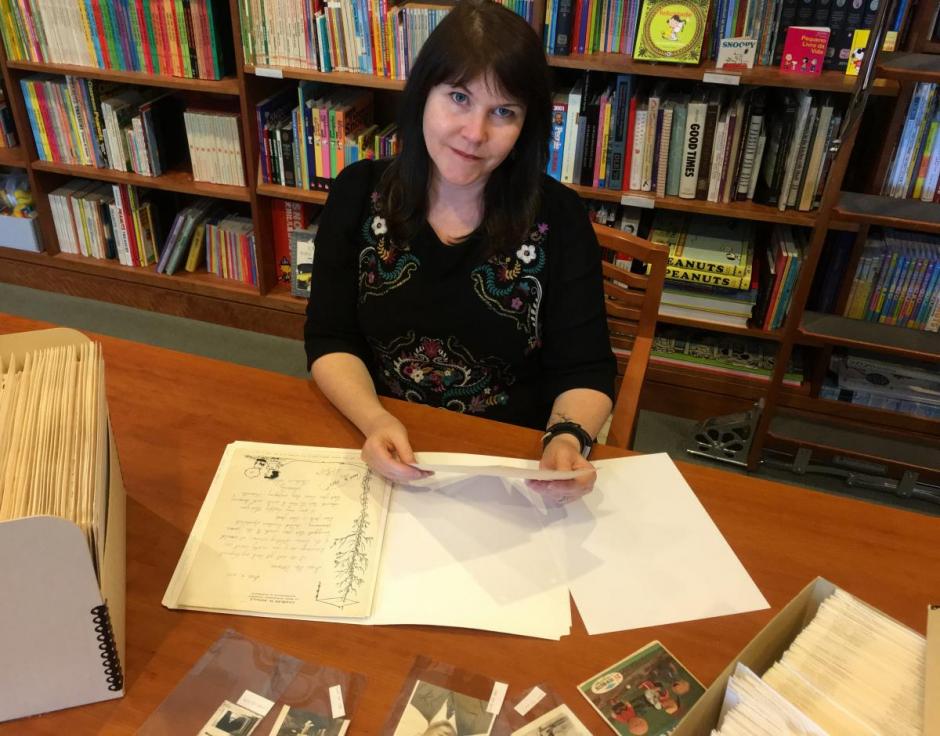 many of the original Peanuts comic strips and other artwork. “So,” Pickens says, “I build catalog records and populate our museum software, PastPerfect.” Pickens (pictured right) also writes and publishes finding aids onto ArchivesSpace. Says Pickens, “We help the curator and exhibitions staff with selection of objects for exhibits, editing the text, and even installation.” Her responsibilities often extend beyond traditional archival work, too. “We get to give tours of the archives,” Pickens enthuses, “and show some of our favorite artifacts to illustrate the story of Charles M. Schulz and Peanuts. We also do oral histories, which is one of my favorite parts of the job.”

Pickens’s varied professional experience coupled with her time at the School of Information prepared her for the work she would be doing in her current role at the museum. “I was very fortunate to have taken INFO 248: Cataloging with Dr. Bob Ellett,” says Pickens. Ellett passed away suddenly in 2013, but his influence can still be seen in students like Pickens. “The skills I learned in that class have been very valuable,” says Pickens. “Even though I work in archives, I have needed cataloging skills in many of my jobs. INFO 280: History of Books and Libraries was a favorite of mine, as was Leigh Gleason’s seminar on the management of photographic collections.” Since she was coming from a background of journalism and photography, Pickens needed to learn about working in archives and libraries from the ground up. This wasn’t always the easiest task, but the iSchool professors’ enthusiasm and methodology often made the course work as fun as it was enlightening to this whole new field of study. 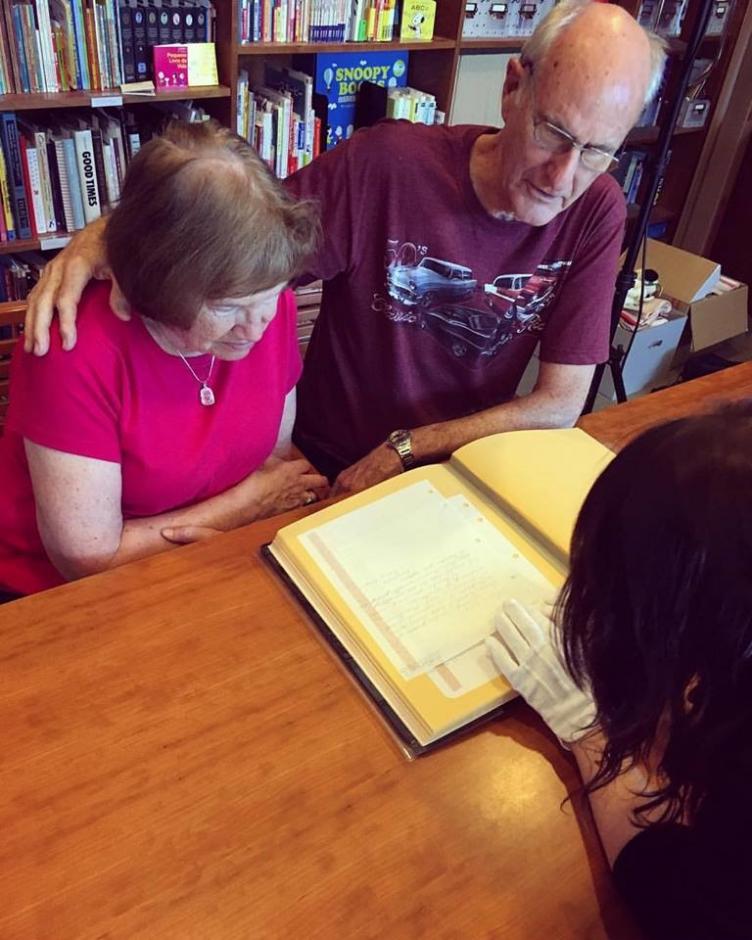 “Do you ever think much about the future, Linus?”
Those students and recent alumni looking to follow a similar trajectory to Pickens’s might want to heed her advice. “If you don’t already work in archives,” she says, “start an internship or volunteering at an archive right away!” Indeed, the software skills Pickens (seen left, sharing items from the Schulz archive with visitors) gained from her internship and at SJSU, working in tandem with those she gained on the job as a photographer and a journalist, were invaluable to her being selected for her current role. “I had archival experience, experience using the museum’s software platform, a really strong background in Adobe Creative Suite and a love of comics,” Pickens says. “During the interview, I could talk about cartoonists and comic strip art, as well as my numerous trips to Comic-Con, which I think gave me an edge.” Sometimes, Pickens feels like her position was just waiting for her to come along. Even more valuable than these skills she acquired, however, were the connections she made with other archival professionals in all her endeavors, including her interactions with students and professors at the iSchool.

As for Pickens’s own not-too-distant future, she has her sights set on being a project archivist, a position that would see her further developing in her career. For now, though, Pickens is more than happy right where she is. Says Pickens, “My fellow archivist and I both have a love of comic strip art and Peanuts, so we really enjoy seeing the artwork and working with the objects. In general, the museum staff have good senses of humor and we laugh a lot.” An atmosphere certainly befitting such an environment.