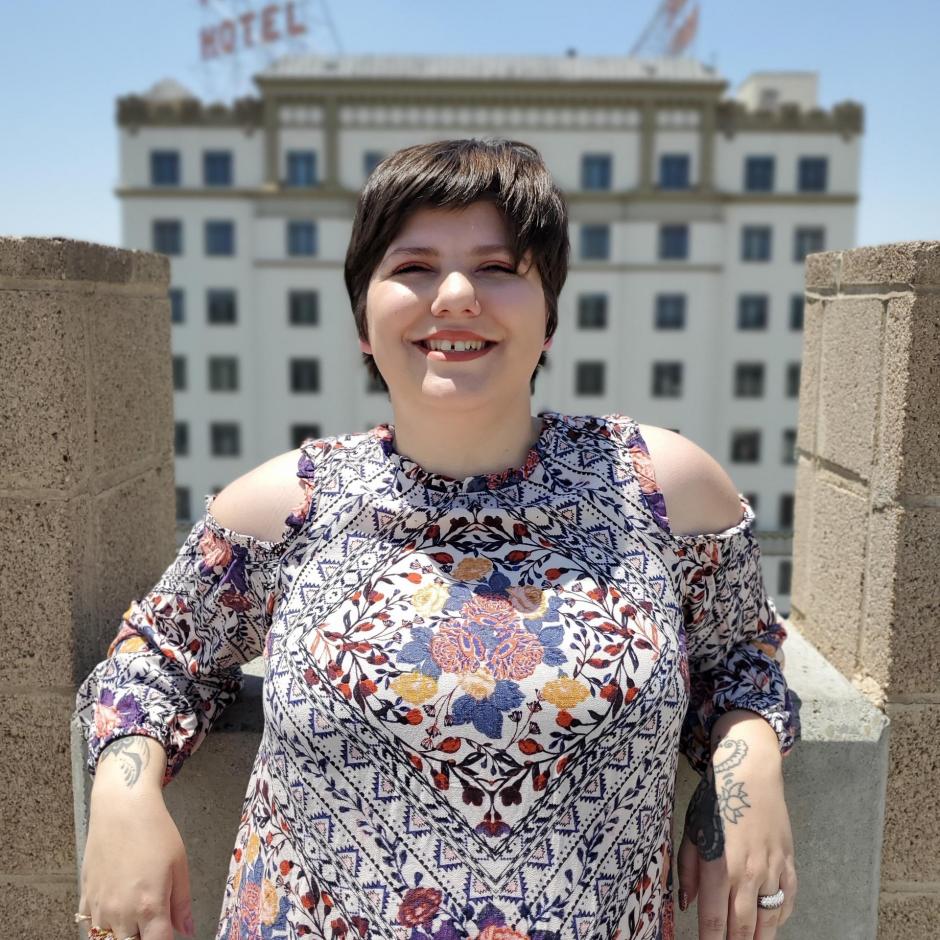 “At the iSchool, I felt support from the very beginning in the first introductory course all the way through.”

No matter how you choose to see her—as the local girl making good, the savvy marketing professional or the modern-day librarian, Jasmin LoBasso is someone to watch. This Bakersfield native has channeled her education, skills and love of her hometown into a career that has her helping her community through the library programs she promotes.

Growing Up In Her Local Library

Jasmin is no stranger to her current employer, the Kern County Library. As a Bakersfield native, she spent many of her childhood hours at the system’s Beale Memorial Library. Jasmin’s initial motivation for her diligent library attendance may have been comfort-related (seeking refuge from Bakersfield’s 100+ degree temperatures in the library’s air-conditioning) but she soon grew to love the library for the literary “comfort and warmth” it provided her. Often checking out the maximum limit of 30 books, Jasmin would remain at the library for hours reading before bringing her book haul home only to reappear again the next day, ready to check out a fresh new batch!

Aided by the knowledge she gained at the library, during her high school years, Jasmin enrolled concurrently in higher education and received a high school diploma at age 16 and an undergraduate degree in history at the age of 18. Achieving such significant academic milestones so early in her life gave Jasmin pause as she was faced with decisions about where her accelerated path would next take her.

The key role that her public library experience played in her early years had Jasmin considering a Master’s degree in Library Science; however, she decided against this path when she convinced herself that there would be “no real opportunities” for her in the library field. Instead, Jasmin chose to pursue a Master’s degree in Business and Administration (MBA) at California State University, Bakersfield after discovering an interest in marketing through the part-time job she held doing graphic design.

After completing her MBA, Jasmin was once again facing decisions about her future. This time, however, Jasmin couldn’t resist pursuing her love of the library, and she took what she thought would be a short-term job at the place where she spent so many happy hours during her childhood.

While her entry-level position driving the bookmobile at the Kern County Library did not engage her newly acquired business and marketing skills, she was quickly able to move into a position that did. She became the library’s marketing and promotions coordinator and has now held the position for the past six years.

Halfway through her tenure, Jasmin realized that she was in the library field for keeps and revisited the idea of obtaining an MLIS degree so that she “could make sure to learn the library principles” that would help her in the course of her library marketing and promotions work. To hear more about Jasmin’s work as a marketing coordinator and her experience as an iSchool student, check out this video: 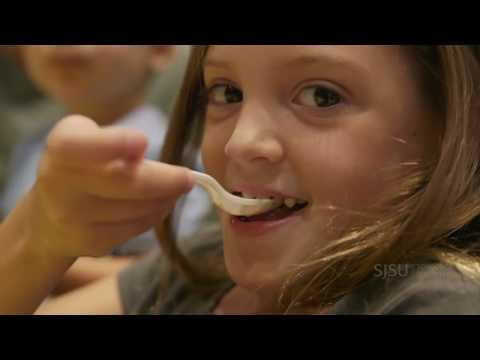 With a full-time career and the mother of a two-year-old, Jasmin enjoyed the flexibility that the completely online and asynchronous San José State University iSchool program provided. Jasmin loved the way that the iSchool’ s MLIS curriculum gave her the choice of taking one-, two- or three-unit classes, enabling her to more fully “diversify her educational background” with courses such as INFO 282-Political Advocacy. The emphasis that her INFO 266 Collection Management professor Dr. David Loertscher put on making collection-related connections within the library also proved to be valuable by helping her bolster her on-the-job merchandising skills.

Jasmin says that she also appreciated the way the MLIS program allows students to move at their own pace and “not feel pressured by finances” to finish too quickly. Overall, Jasmin was happily surprised to discover that, despite the remote learning format, the online program’s structure creates a system of professional networking among her student colleagues. “The interactive opportunities that I had with my classmates allowed me to learn what other libraries were doing, and that has helped me in my current role at Kern County Library,” Jasmin says. 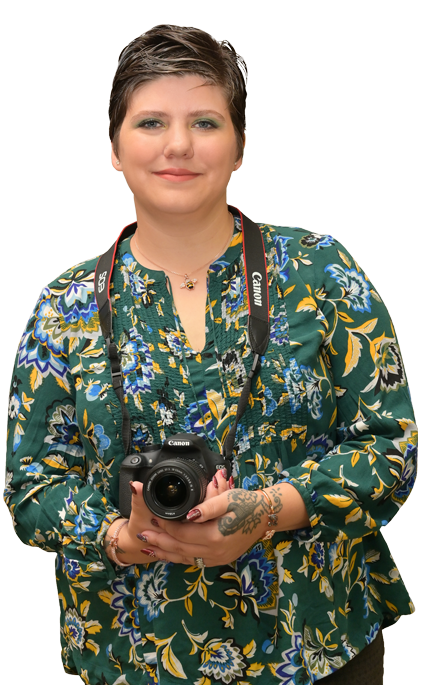 Role as a 21st Century Librarian

Jasmin received her MLIS in June 2019, but the six years she has already spent working in the library field has garnered her well-deserved recognition in her hometown. Named as one of Bakersfield’s 20 Under 40 People to Watch, Jasmin views libraries as places where people can come in to get help with a resume, find a book, attend an event or simply find a friend…or even a hot meal.

With support from her promotional work and the community partnerships she has cultivated, Jasmin has helped to expand the Kern County Library’s “Lunch at the Library” program by doubling the number of participating branches from seven to 14 in the space of just one year. Jasmin believes that today’s librarian is “not someone who hushes people and keeps the doors closed” to protect their library’s book collections, but instead is “somebody who helps anybody who needs help.”

By Jasmin’s account, her route to her MLIS “was a bit circuitous,” but she offers encouragement to those considering an MLIS who may also be on a less direct path. She says that her route “led to a more open role” that enables her to engage all aspects of her academic training and interests.

Jasmin describes her entry into the library field and subsequent role combining her love of marketing with her devotion to the library as “serendipitous…I never thought I could do both!” As is evident from her description of her current position as her “dream job,” Jasmin is happy that the initial thoughts that temporarily deterred her from pursuing an MLIS were proven false. The library field has indeed provided Jasmin with opportunities, and she is now at home in the library system where she spent so many happy hours as a child.