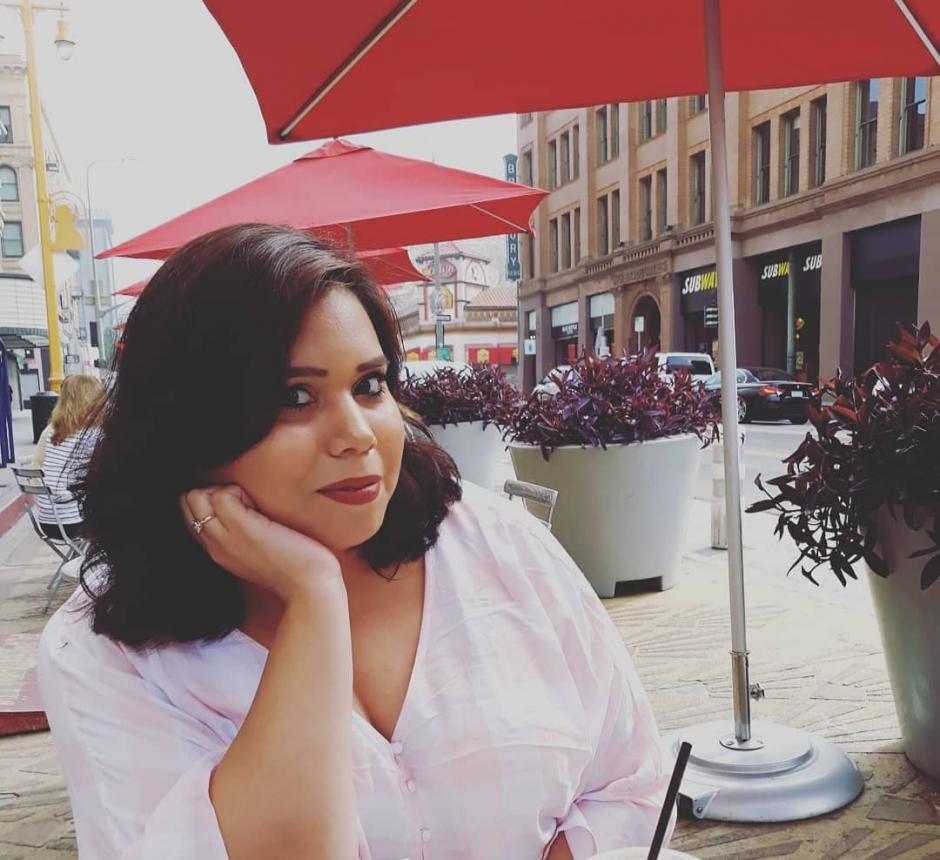 “I just want people to know that there is importance in working in rural communities… The community that recognizes you, and gets to know you, there is this bond that I can’t explain.”

Hope Saldivar was surprised when she found out she had received a REFORMA scholarship for fall 2020. While looking for scholarships prior to her start as student at San José State University’s MLIS program she came across the REFORMA application. It was quickly apparent that the description fit. “I’m already a library associate,” Hope explained. “I work in a rural library where there’s 90% migrant communities. I speak more Spanish than English when I work there. So, I just sent my application in.” Once you start talking to Hope about her work at Knights Landing Branch library in Yolo County it’s easy to see why she was chosen.

Advocating for the Community

The town of Knights Landing is very small and rural. As Hope describes it, there is a “library, two gas stations and a mom-and-pop restaurant” with not much else. The population fluctuates some with the seasons, as it is largely comprised of people who work in the nearby tomato fields. “There’s a huge difference in wealth and equity,” notes Hope, between Knights Landing and other branches in the Yolo County Library System. She works to ensure the unique concerns of her community are kept in mind during conversations and decisions that directly impact them. As an example, Hope knew something had to change when she realized that families were coming into the library with huge stacks of papers so they could fax their family’s applications for citizenship. At the time, the rate charged by the library for faxing was $1 per page. Hope went to her supervisors and argued that “if it’s a family applying for citizenship, we should have some kind of process to reduce the fee or cut it out completely.” The director took this into consideration and now faxing is being offered for free.

Programming for All Ages

As the only employee at the branch, she is responsible for organizing programming for all ages. Many of her programs happen during the evening hours, to take into consideration the working hours of the families. One of the popular programs she’s been running is English Conversation Groups for families. These are hosted at night, with a children’s activity offered at the same time. This allows the parents to participate in the Conversation Groups. The real value, notes Hope, is that these patrons don’t “have to worry about their families. They can come and know that it’s a public space for them.” She also runs an evening program geared to preschool-aged kids, which she started after the town preschool was defunded. Hope worried that they wouldn’t have access to important developmental opportunities, and “didn’t want them to miss out.” Parents and children are invited to the library to participate in a time together of learning through songs, stories and crafts.

After realizing the library offered programs for adults and children but nothing for the large teen population, Hope started a bi-weekly teen night. She observed that “a lot of the teens had grown up in Mexican American households and were very centered around the Mexican culture, and they didn’t really have chances or opportunities to broaden that horizon.” Because of this, she has embraced a theme of “Around the World,” highlighting a different culture for each meeting. Snacks and games from the selected culture are provided and, when possible, they have someone from that culture to talk to the group. For Children’s Day a Japanese woman from the town came and taught the group how to do Japanese Calligraphy. They drank Japanese soda, and tried mochi and pocky sticks, something a lot of them had never tried before! “I had 20 kids,” Hope exclaimed, “And that’s a lot in this small town!”

One of Hope’s pet projects has been the creation of a “Bilingual Backpacks” program. When Hope started at the Knights Landing Branch, they had large tubs with books, puppets and felt boards, which could be checked out. While the families seemed interested, the tubs didn’t really get checked out. The books were all in English and the bins were large. In a community comprised of largely one-car households, the reality was they were just too unwieldy for the families to carry home.  So Hope came up with another solution by offering backpacks that catered to the families’ interests. “I don’t want it to just be Spanish books, but bilingual, and culturally relevant,” she adds, “So they feel that they are represented in the items that are in the backpacks.” Hope explains that family “is very relevant not to just the Mexican culture, but to the Latino culture in general.” She also notes that the backpacks can be used to help tackle issues and bring up conversations that may not be talked about in the community as often (such as LGBTQIA and other critical issues).

A Love for the Work

As much as Hope gives to the community in her librarian role, she also gets a lot back from them. “I love where I work,” she says. She gets feedback from her community, from the people she serves, about the impact her work is having and that makes all the difference. Once a father, who had a history of drug use and incarceration, come up to her and said “I can’t tell you how good it is to know that my daughters choose to come to the library, when they could go onto the streets like what I did.” Hope shares that moments like that “make me want to continue to do my work.”