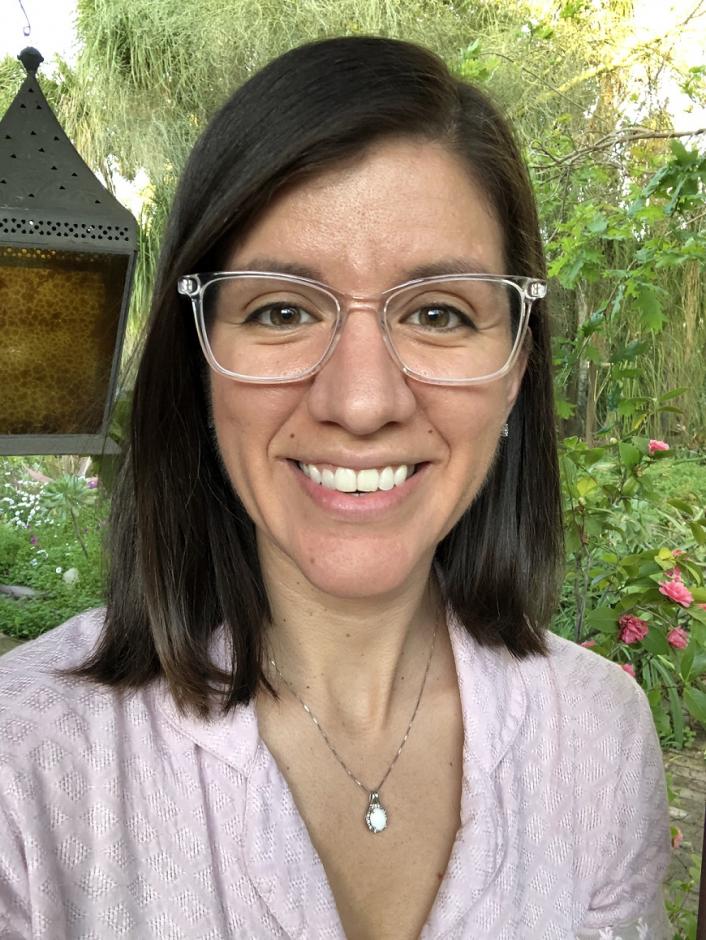 “The award has really been the cherry on top to say, ‘you’re on the right path. Just keep going. Trust your instincts, follow your interests and what you enjoy.’ That’s what the award means to me – that my idea is something that is not available in every community right now, but could be beneficial.”

Erin Castillo found a job as a library clerk at the Burbank Public Library in 2021 after determining it was the perfect fit for her combined experience in education, customer service, and marketing. From there, she applied to SJSU’s MLIS program, which allowed her to explore different avenues for working with and empowering diverse communities.

Now, with just a year left in her program, Erin can safely say her interest in community support is complementary in with public libraries because as she says: “in public libraries, you can really do anything.”

“It’s the last free resource that everyone has access to. That was the biggest draw for me – I could work with people from totally different backgrounds and make an impact, regardless of where they come from or what they need. The gamut of things that you can do in a public library is endless.”

In her first year, Erin packed her schedule with classes ranging from problem-solving with data to grant writing to metadata to try a little bit of everything. Now in her second year, Erin is focusing on one class at a time, giving her more time to volunteer and work full time, too.

“One of my biggest strengths – and weaknesses – is being curious, which also means I can’t make decisions sometimes,” Erin explained. “But because I was so curious, I took classes that I found intriguing, where I didn’t have as much experience but was curious to learn from them. [One class this led me to] was the INFO 281 Seminar in Contemporary Issues on the topic Global Principles Local Libraries, which gave me a lot of inspiration.”

Erin started expanding her professional experience by joining library associations, including REFORMA, which allowed her to contribute to her community in a meaningful way. REFORMA also helped shape Erin’s unique MLIS journey by offering volunteering opportunities along the way.

She also joined the SJSU Society of American Archivists Student Chapter (SAASC) executive board as the 2021-2022 social media coordinator. In her role of finding unique opportunities for archival students, she learned about archives herself and began to understand what today’s archivists are doing for underrepresented communities. One of the archives is the Black Beauty Archives, whose mission is to preserve, document, and celebrate the history of Black Beauty culture by collecting objects including rare vintage beauty ads, magazines, press photos, stamps, cosmetics, wigs, and beauty tools.

In all of her research and time at the School of Information, Erin feels like the last few months have solidified the path she is most interested in, which is “bringing together archival practices and public libraries for underrepresented communities” and believes that personalizing the stories of where people come from allows people to better appreciate where they are today.

As someone who has helped gather resources for students, Erin is a big advocate for applying to anything that catches your interest. She hasn’t won every scholarship she’s applied to, but she has won a few – including the Harold T. Pinkett Student of Color Award!

“The award has really been the cherry on top to say, ‘you’re on the right path. Just keep going. Trust your instincts, follow your interests and what you enjoy,’” Erin explained. “That’s what the award means to me – that my idea is something that is not available in every community right now, but could be beneficial.” 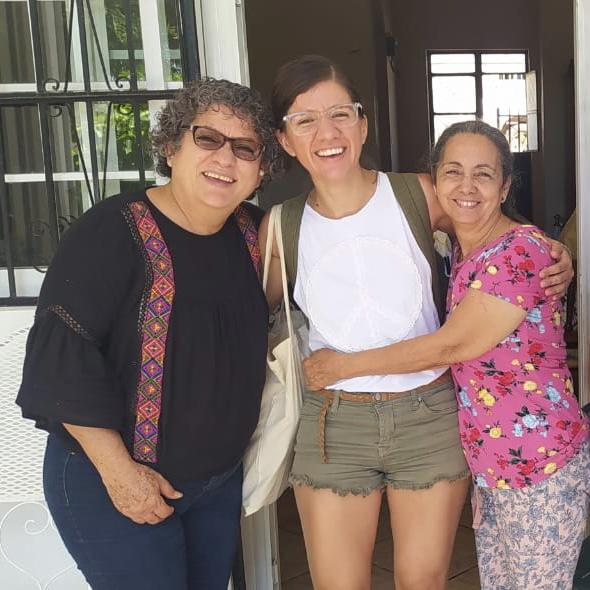 The project that helped earn Erin the award is all thanks to her relationship with her grandparents and their home in El Colomo, Mexico.

Erin is one of 25 grandchildren and finds herself right in the middle. Her older cousins have vastly different experiences growing up in Mexico than she did as a U.S. citizen, while her younger cousins, second cousins, and nephews and nieces have even less familiarity with their history. That’s why she decided to create her own digital family archives called La Casa de Los Abuelos (Our Grandparent’s House) – to share their history and memories with the future generations of her family.

“La Casa de Los Abuelos is an online collection for my entire extended family – from my mom’s side of the family, all of the siblings, the grandchildren, the great-grandchildren – to contribute photos, videos, oral histories, stories that they have from the house and of our grandparents.”

Protecting their grandparent’s house has become a family affair. The most recent phase of renovation was passed on from the siblings and to the grandchildren, allowing the family to continue working on its preservation (along with its stories) for future generations.

Erin’s courses on metadata and genealogy have helped build out her project, which is hosted on the platform Omeka, allowing her to make fundamental decisions, such as how to save all the data she’s collecting, transfer records, and have a deeper understanding of the value behind family stories.

“That’s helped solidify my focus on working in underserved communities. Exposing and giving access to all this information - that is mostly freely available through your library – and learning about your personal history that way. Libraries can help you learn the strategies so that you have a process when you go through it.”

Once the project is ready, Erin’s family members will all be able to upload images, videos, and stories of their own.

Even still, Erin has kept in mind the idea of privacy – another reason why she chose to work on a project about her late grandparents and her family’s voluntary stories about them instead of sharing current information about living extended family members.

Looking Forward to the Future

Erin’s goal is to be finished with La Casa de Los Abuelos by August in time for the SAA Annual Meeting in Boston, Massachusetts, where she will be honored with the award and have a chance to meet professional archivists.

“I’m most excited about talking with other archivists whose careers started with an interest in their own personal history. I’m curious how that’s evolved for them and if they’re still working on that. I’m also interested to learn about how archivists have partnered with public libraries to make archival practices more familiar to the general public.”

Currently, The California State Library’s investment in Memory Labs is working to do just that, by supporting libraries in their digitization projects, so that patrons have access to VHS converters, floppy disk converters, and more, allowing libraries to be resource centers for patrons to transfer those memories to somewhere they can be organized and viewed digitally – not dissimilarly from Erin’s La Casa de Los Abuelos project, but on a much larger scale. Ultimately, Erin would love to bring something similar to her public library with the goal of training people (especially immigrant families) on how to converse with family members in order to better collect and preserve their own family stories.

Wherever Erin ends up after graduation, she wants to serve diverse communities in this way: “whether that’s in archives or public libraries or special libraries,” she says. “That would be the coolest job: talking to people from all walks of life who are now making this place their home, documenting their practices, cultures, and history.”

For people interested in archives and genealogy, Erin recommends A Map Is Only One Story, which tells the stories of 20 first and second-generation immigrants and humanizes their experience of immigration by allowing the stories to be told in their own words.