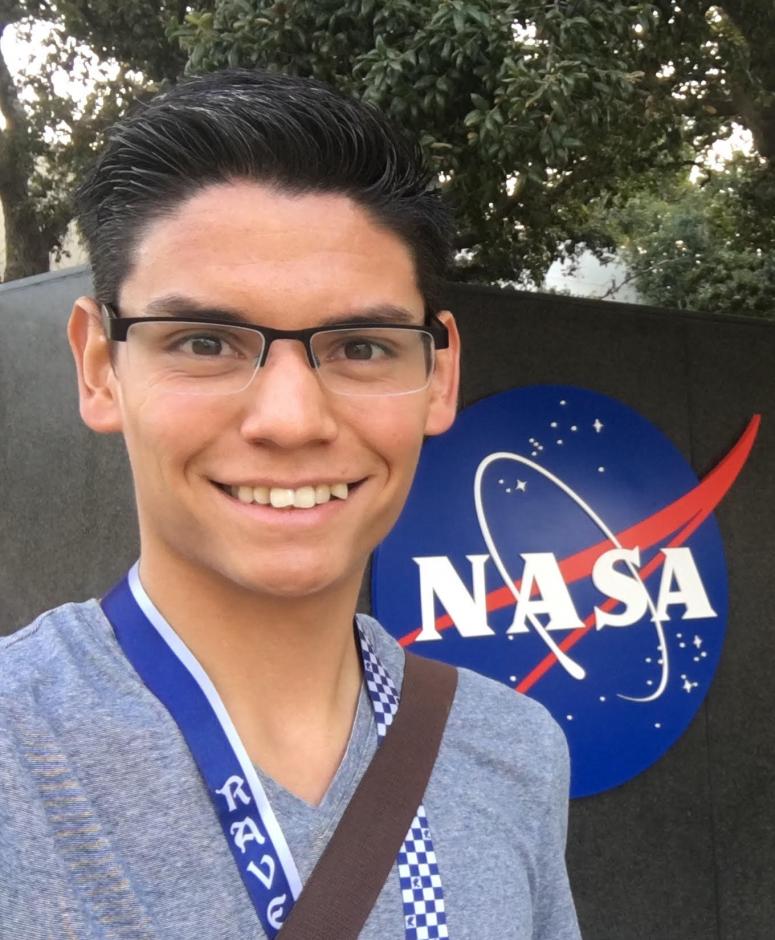 “Information professionals are going to be needed now more than ever, but it might not be the information profession a lot of us thought we were going into. I went to school to be an academic librarian and I ended up in records and archives for a government institution. You never know where the path is going to take you.”

JonLuc Christensen didn’t waste any time getting involved when he started at San José State University (SJSU). In his first semester, he joined the Special Library Association’s Student Chapter (SLASC) in the position of assistant programming director, and helped organize the First Generation Students group. Soon thereafter, he started a (non-credit) internship at NASA Jet Propulsion Laboratory (JPL). Initially intending to become an academic librarian, the decision to stretch himself and being willing to “say yes” to new opportunities led him down a path in information sciences that he had not expected.

Prior to starting the Master of Library and Information Sciences (MLIS) program at the iSchool in January 2017, JonLuc had no experience in the information professions other than, as he explains, “being a user.” With a bachelor’s degree in history and a minor in anthropology, he had become very familiar with archival work at the Center for Oral and Public History. Colleagues, advisors and mentors encouraged him to pursue a master’s degree, which led him to investigate archival programs. Originally looking at the Master of Archives and Records Administration program, the MLIS seemed a better fit and that ended up bringing him into the information professions. He later realized how well the Advanced Certificate in Strategic Management of Digital Assets and Services would mesh with the work he was doing and decided to complete the certificate, as well.

Through his role as the Southern California liaison for the SLASC, JonLuc learned about an internship at the NASA Jet Propulsion Laboratory (JPL) and decided to apply. He got the internship and was later offered a position as an academic part-timer. “Through luck, a little bit of hard work and some crazy sacrifice,” explains JonLuc, “a position became available in November 2017 and they hired me on as an early career hire.”

JonLuc describes his work at JPL as “incredible. I couldn’t ask for a better job.” A federally-funded research and development center, the prime contract is NASA but the management of the facility and the people are all Caltech. “It’s a really interesting environment,” he explains. “We kind of get the best of both worlds: all the benefits of working a government type job, with all the benefits of working in an academic type job.”

As the record management specialist, JonLuc spends about half his time working with records as a “kind of jack-of-all-trades for the group.” The projects he owns primarily focus on digitization, digital assets management, disposition and retention of records. He also leads a task force working on full archival integration, aiming to get “policies, procedures and work of records and archives into a consistent workflow.” The goal, he states, is to manage “documents from start to finish throughout [their] lifecycle.”

In addition to managing records, JonLuc is also the Freedom of Information Act Liaison, leading the processing FOIA requests from the public making determinations on applicable FOIA laws for records. He also works as the Information Configuration Management Engineer (ICME) where he is “embedded into a project called the CAL (Cold Atom Laboratory) on the International Space Station, and assists in the management of documents and information including science and engineering data.”

Saying “Yes” to Opportunities and Challenges

He recommends that students “just say yes. I wouldn’t have the success I’ve had if I didn’t say yes, even at times when it was uncomfortable or difficult. If you have an opportunity and you can do it – say yes. Go for it.”

Since graduation, JonLuc’s been able to continue his leadership work with the Special Libraries Association, now holding the position of president-elect for the SLA Southern California Chapter and earning the James M. Matarazzo Rising Stars Award for 2020.