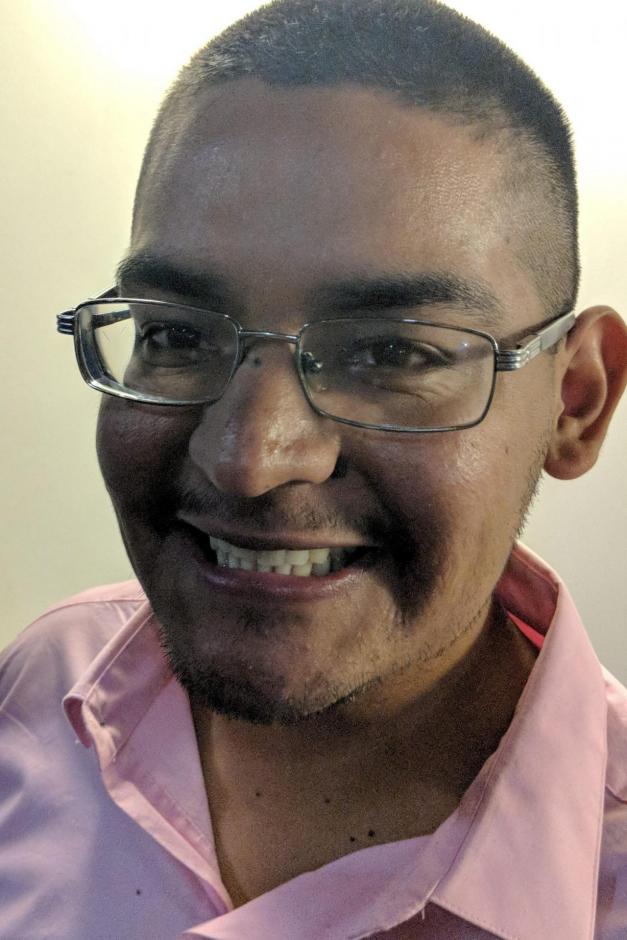 “Everyone inspires me. Everyone has something different to contribute. The people I’ve interacted with have helped drive my passion for working with/helping others out. It’s like composing research in Library and Information Sciences - you start with a general idea, and it sharpens as you do more research.”

Carlos achieved success as an undergraduate through the Gates Millennium Scholarship, and studied biology with the goal of becoming a pediatrician. After a few years of volunteering and engaging in diverse professional opportunities, he discovered a passion for librarianship. He is now working on his Master of Library and Information Sciences through the San José State University’s School of Information and is on a new path toward fulfilling his dream of advocating for others.

As a high school student, Carlos learned through the Advancement Via Individual Determination (AVID) program of several scholarships offered to those interested in going to college. One of which was the coveted Gates Millennium Scholarship, which offered qualifying students about $10,000 for college expenses. The application was arduous, requiring about eight essays per submission focusing on the student’s upbringing, personal challenges, strengths and weaknesses, heroes and dreams. Carlos, under the assumption that it could not hurt to at least apply, submitted his application. After a few weeks of waiting, he learned that he was selected and that the award would cover more than $10,000 — it would cover his entire undergraduate education!

As a Gates Millennium Scholar, Carlos worked on his undergraduate degree in biology while working for several volunteer efforts in Houston, Texas and Portland, Oregon. Much of this work involved helping those in underprivileged communities. Carlos’ love for helping those in need poured forth in this work, and fuelled his dream of becoming a pediatrician.

As he continued with his education, he found work as a mentor and community event planning participant in the Kaiser Urban Health Fellowship (a local summer program for students who are interested in working in the medical field). It was here that Carlos took part in professional development classes that taught the participants how to perform medical basics such as how to suture. He also took part in a community health event that taught the residents of San Ysidro the essentials of health and details of certain diseases. His team created a project for the event that detailed the long- and short-term effects of diabetes.

While Carlos enjoyed his work in the fellowship and the opportunities it presented, he was still left unsatisfied and began to wonder if his future really was in the medical field. It was not long until his career path began to change. Several volunteer opportunities came about, such as work with City Year and AmeriCorps, both of which involved helping local students succeed academically. For a time, he worked as a sixth-grade science teacher in Oakland, California, a job he found both rewarding and stressful. He loved watching his students achieve the coveted ‘A-HA!’ moment most teachers love seeing. He also enjoyed working alongside them and discovering their unique personalities. All of which helped him develop leadership skills that would enable his future success as an iSchool student.

During a road trip with his roommate, he heard about all of the things his roommate’s mother, a library technician, was capable of doing through her work. Hearing about her experiences with outreach, programming and self-directed learning for patrons, among other activities, inspired him to want to pursue librarianship. While learning more about this career path, his roommate also mentioned the iSchool’s ALA-accredited MLIS education program. Carlos soon applied.

During Carlos’ tenure at the iSchool, he has continued to put in efforts to lead and inspire others. While his course of study is primarily gauged on public librarianship or K-12 media center librarianship, his work as the chair in the American Library Association Student Chapter (ALASC) has enabled him to engage with his LIS peers with diverse interests.

“It’s been inspiring working with others and seeing them ‘put on their professional face’ in the way they collaborate and suggest ideas for improving and outreach for students.”

Carlos is now looking forward to more success with the ALASC as he and the rest of the executive committee work on finding more ways to engage with their members. He embraces the challenge of learning how to set expectations in a leadership position and working with a group, and enjoys guiding the team as they set up a healthy work culture. This is a powerful reflection of his passion for reaching out to others regardless of their background, and working together to meet that goal, as well as his background, which is rich in volunteer efforts and his personal philosophy of making meaningful connections with ‘the other.’

“I am because you are…I exist because you exist, we exist together in the same space. We come from the same place on a higher scale.”

While he’s juggling his work, volunteering and course work, Carlos makes the time to dedicate to one of his biggest passions: ballet folklórico. This form of Mexican folk dancing is a combination of local folk dancing and ballet techniques such as toe-pointing. As president of his local group’s fundraising committee, Carlos is busy with upcoming events and performances.

“I’d say it’s my biggest inspiration. It’s a lot of fun, and I’ve been doing it for a long time.”

Throughout his rich experience, Carlos believes his greatest accomplishment thus far has been when he engineered a holiday-themed event for a Section 8 housing unit that featured dancing, art, music and other fun activities combined with learning opportunities such as financial literacy. This event helped educate the locals as well as brought them together in celebration, and he reflects on this event as a great experience in event planning. He is now looking for other opportunities to perform outreach and finding ways to connect with underprivileged communities.

For students interested in enrolling in the iSchool or current students, Carlos lends this advice: “Engage in as many opportunities that come your way as possible. Even if you’re only mildly interested, I would say try it out.”

Given Carlos’ impressive resume and several successful projects, it is safe to say his advice is sound!