A graduate of the San José State University School of Information was recently named a 2019 “Mover & Shaker” Advocate by Library Journal. The prestigious distinction recognizes how “powerful” librarians are to the information profession and the communities they serve. 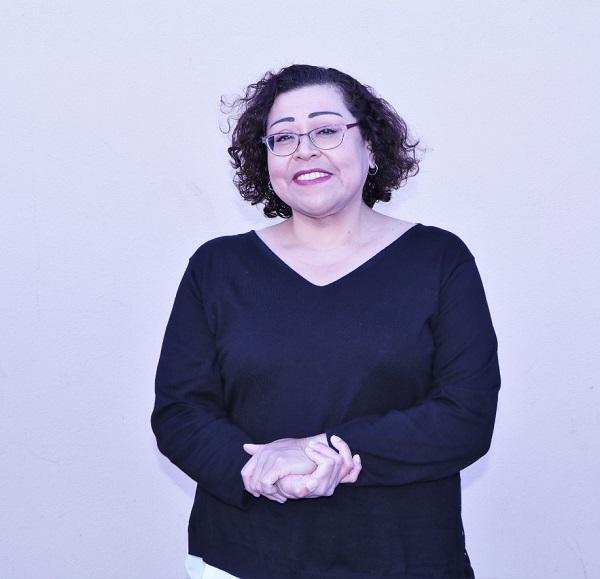 Diana Lopez, ’10 MLIS, was “downright thrilled” when she got the good news. “It was a dream come true, and I mean that literally. It’s a huge honor, and some of my biggest librarian idols have been previous Movers & Shakers,” she said.

Lopez’s contributions and impact at the Marin County, Calif. Free Library propelled her to the list of 54 individuals honored by Library Journal. Under her guidance as branch manager and education initiatives coordinator, her branch has developed a close partnership with the Marin Housing Authority. One of the collaborations is the Book Rich Environment Initiative. Through the project, which is managed by the National Book Foundation, the two institutions provide books for toddlers through teens, including bilingual (Spanish/English) books.

“Through this initiative, we have done community-wide events like Books & BBQ with support from Marin City community partners. We have given away well over 2,500 books to families in our community,” she said.

The partnership has also sponsored Read for the Record for the past three years. Each year, Lopez coordinates a read-in for children in transitional kindergarten through second grade at two schools in the district.

“When we did Read for the Record last year, as the kids were walking into the library, they were excitedly talking to their Head of School and recalling the books that we gave them at the last two events. It was so heartwarming! They clearly had fond memories of the event and books,” she said.

Lopez also invited the local preschool and Head Start programs to join them. The Marin Housing Authority and the Friends of the Marin County Library purchased a copy of the picture book selected for the read-in by JumpStart for each child.

“We now have staff embedded at the school library, and it went from being open 15 hours per week to over 30. In the summer of 2017, we also revamped the library. We heavily weeded the collection and added books that reflect the diversity of the school’s students,” she said.

They’ve also added an AWE Early Literacy Station and STEAM materials and equipment with funds from an Innovation Station Grant of $10,000 from the California State Library.

With a commitment to “diversity, equity and inclusion” when hiring, Lopez wants her team to reflect the community they proudly serve. With regard to the partnership with Bayside MLK Academy, she recruited and hired an African-American who is a Marin County native.

“It has made a tremendous difference in how kids feel about coming to the school library. They see themselves in my team, and they bond with my staff. Kids come in throughout the school day just to greet their librarian, and they are excited about being in the library,” she said.

Lopez considers Marin City a “small and very close-knit community, with multigenerational families who make up a rich history.

Watching kids progress from board books to chapter books and from the kids’ to teen summer reading programs or receiving hugs from locals when she’s out are things Lopez is grateful for.

“I am so lucky to have an amazing group of people that I get to work with every day. We all love the Marin City community and are dedicated to serving our patrons and making a difference in their lives,” she said.

Despite the warmth and affection she receives from her patrons, Lopez was surprised to learn she was named a Mover & Shaker. When the email first arrived, she said she read it several times because she initially thought it was spam. When the reality set in, she was “ecstatic.”

“I feel grateful. Actually, I think I’m still absorbing it because it’s a career and lifetime highlight and something I will always treasure,” she said.

To read more about Lopez’s accomplishments, see her Movers & Shakers page. For additional information about Library Journal’s Movers and Shakers program and other winners, visit the site.