On January 9, 2017, the iSchool’s ALA student chapter (ALASC) kicked off the new year with an ALA candidate’s Town Hall Meeting.  SJSU School of Information’s Director Dr. Sandra Hirsh moderated the hour-long meeting, giving all three candidates the chance to introduce themselves, answer questions submitted previously by students and provide closing comments. The three candidates –  Loida Garcia-Febo, Terri Grief and Scott Walter – were all passionate about greater involvement and visibility for the ALA. 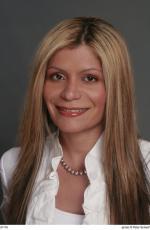 About the 2018-2019 Candidates
Loida Garcia-Febo started out the introductions by giving the audience a better idea of the issues she has championed over the years and the extensive experience she brings to the table. “Libraries change lives of individuals in every age group in every community,” said Garcia-Febo. She stressed the role of libraries to connect people with social services, bridge the gap for underprivileged populations, and become active agents of change in the community. She highlighted how her strong leadership record within the ALA on the executive board, professional women’s associations and international non-profit groups provides exceptional qualities for being the next ALA President.

The second candidate to speak was high school librarian Terri Grief. She has been a high school librarian for 28 years and despite the opportunity to retire, has decided to continue working because of her passion for librarianship. Grief talked of her history as a librarian and her past involvement with the ALA. She sees this as a critical time for libraries. “Our core values are being threatened and we have to be more united, more visible and more vocal than ever before.” She believes in the strengthening the relationships amongst the many divisions of the ALA and encouraging joint projects. By building these relationships, Grief believes libraries and librarian members of the ALA can better serve and connect with their communities.

The final candidate to introduce himself was Scott Walter, an instructor with the iSchool. Motivated by the shift in politics and public values exemplified by the national presidential election, Walter hopes to work as ALA President and build local networks for deeper impact. “This is a pivotal moment,” said Walter. “This is an unprecedented time in history. We must do more.” He spoke of libraries making an impact locally, within the  community and schools they serve. 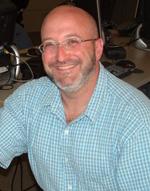 The Future of Libraries: The Candidates’ Perspectives
When it came time to answer student questions about how each candidate saw the future of libraries, Walter was the first to speak, calling the future a complicated and exciting time. He encouraged a proactive discussion of the future focusing on educational innovation and social and technological change. “Threats to intellectual freedom, electronic surveillance, privatization of education and securing funding for libraries are all challenges the ALA needs to face,” said Walter.

Grief believed in a bright future, but wants to focus on a fight against misinformation, starting in the schools. With her background as a school librarian, she also urged deeper collaboration between local and school libraries. Garcia-Febo stressed the values of libraries and promoting services for immigrants as well as adult and early childhood literacy. “We need to continue to grow leaders and advocate for libraries.”

Candidates’ Advice to Students
All candidates took turns writing in the chat box, mentioning the resources they used to keep up to date with the world of libraries and information science. Those resources including American Libraries, School Library Journal, Wired, Public Libraries, The Economist and Twitter.

All three candidates stressed the importance of libraries and their ability to be a force of change as long as they are involved and united. “Engage your classmates and instructors about the issues brought up by candidates,” urged Walter. “Share your enthusiasm and encourage election participation.”

For more information about the three candidates, click on their names below to visit their individual campaign websites.

For other interesting articles about the ALASC and other student groups and events, be sure to check out these articles:
Student Chapters Like the ALASC– A Great Way to Connect

A Day in the Life of California State Librarian Greg Lucas

images courtesy of graphic mouse and the ALA candidates