iSchool Alumni on the e-Portfolio: What I Wish I Had Known 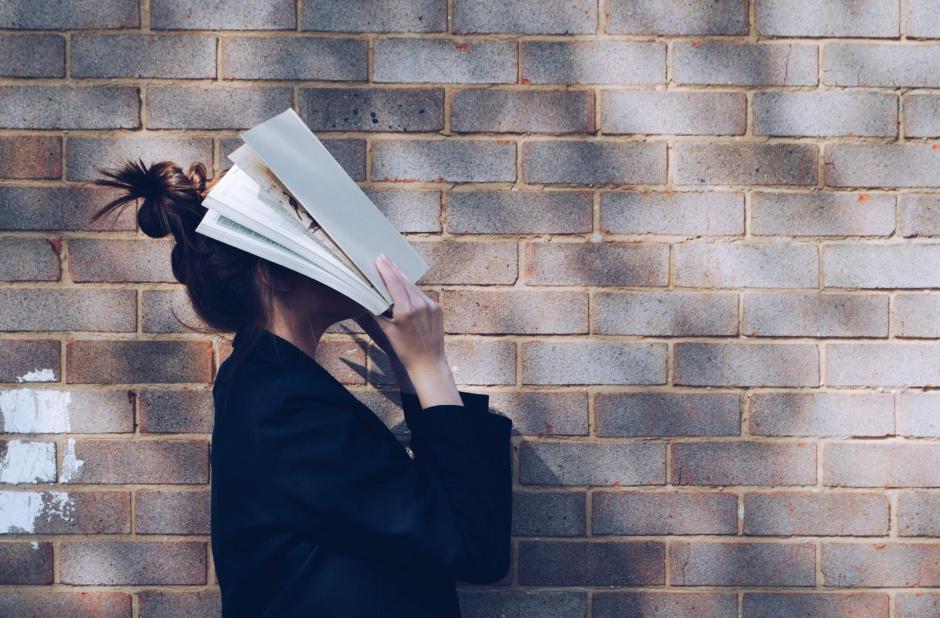 Three recent graduates of the San José State University School of Information joined the ASIS&T Student Chapter to discuss “What I Wish I Had Known.” Now that they’re entering or established in the workforce, the alumni shared their wisdom with current iSchool students, discussing everything from course work to career paths. One of the main topics of conversation, unsurprisingly, was the e-Portfolio. While the alumni stressed three major points – plan ahead, don’t procrastinate, and get peer support – they also delved into the finer details. Below is their expert advice for tackling the biggest project in graduate school.

What are your general tips for tackling the e-Port?

Violet McCrigler, ‘21 MLIS, who is doing her e-Portfolio now, says the student success planner has been an essential tool. “That’s really helpful for keeping track of evidence along the way and also keeping track of your courses, remembering what you took and what competencies those matched.” The biggest surprise, she says, is that she’s been able to fulfill certain competencies with material from a wide range of classes. Even if “I didn’t take classes specifically for that competency, there was evidence I could apply,” she explains. “So really just looking at all of your assignments on their own and mapping those in addition to the info the school is giving you.” Most importantly, don’t procrastinate! “The sooner you start thinking about it, the better.”

Brittney Otero, ‘20 MLIS, agrees: get started now. “I wish I had started earlier, like in my first semester of iSchool,” she says. The student success planner was initially overwhelming, she admits, but “I ended up doing my own version of that. I wish from the very beginning that I had folders for each of the competencies laid out, and either in the middle of or at the end of each semester, I just reviewed the course work, reviewed major projects, papers. I wish I had dumped those into the folders that corresponded with that competency. I think that would have saved a lot of searching in the end, trying to find something that would fulfill that as evidence.” She also encourages students to keep a journal of extracurricular experiences, such as jobs and internships. “I really wish that I would have started jotting down notes about some of my professional work, because trying to rack my brain later on I found it pretty difficult. So whenever you have that gut feeling that it could be something that is substantial, write that down.”

“Start immediately,” Stephanie Akau, ‘19 MLIS, advises, and “save everything in multiple places because you just don’t know when your computer is going to die.” She also reminds students that the WordPress account they created in INFO 200 is not accessible after a certain timeframe, so save all your blog posts. “Take screenshots of any LibGuides, websites or web archives you create – because again, you don’t know if you’re going to be able to access those accounts” when you need them. A guide to exporting your material can be found here.

Akau also recommends using Trello to organize your work. “I used Trello when I was compiling everything. It’s a productivity tool that lets you group ideas or actions together. So I created a board for each competency. Then I would add a card for each assignment that would fit the different parts of that competency, so I could see it all laid out.”

What competency was the hardest for you to find evidence for?

Otero and Akau both cited Competency O, which concerns global perspectives on information practices. Says Akau, “That’s one that people, at least on the Facebook groups, seem to have struggled with, as well. There are some classes that address this specifically, but I know a lot of people don’t necessarily take them. I think that was the one I struggled with the most.”

Otero says, “Something that I found helpful were the web conferences that the iSchool does every year, every semester. I was able to find a couple that could satisfy that competency. I would look at that because there’s usually some kind of conference that has a global component.”

Are there classes you recommend that are valuable for the e-Portfolio or for professional development?

Otero recommends information technology classes. “Professionally I think that those are skills you can use in a wide variety of ways. And you can definitely use it in your e-Port.”

For McCrigler, “Cataloging wasn’t something that I did a lot of at work, so it was really helpful to have that background from school.”

Akau concurs. “Cataloging wasn’t really something I was interested in but it specifically addressed a competency, so that was helpful. Surprisingly I used Digital Curation for a lot of competencies. That was the class where we did a lot of web archiving. It also fulfilled competencies specific to information management.”

Do you have any tips for how to get the competencies approved?

“If you are not part of the e-Portfolio Facebook group I would join or ask a classmate to add you,” says Akau. “That is really helpful because the hard part is that every advisor is different. If you have access to what people have posted about said advisor on the Facebook group, it can make it a lot easier to understand what they’re looking for.” Because advisors differ in their expectations and guidelines, peer support is “probably the best help you’re going to get. I can’t recommend that enough.”

“I agree,” says McCrigler. “I’m in the group, too. I’ve found that to be super helpful because we really only have experience with our one advisor.”

Otero said her advisor gave examples of acceptable work, which helped her a lot. “I would really advise being transparent and direct with your advisor, asking ‘What specifically are you looking for?’ I would try to get an example of someone who did get passing credit. I feel like that’s really helpful to see. It really does depend on what your advisor is looking for. I would try to get a clear answer from them of what their expectation is.”

Did you use content from course discussions in your portfolios?

“More than I thought I would actually,” says McCrigler. “I usually wrote them right before deadline, thinking, ‘Oh, that’s just a discussion post!’ But a lot of them ended up being relevant, so do save them.”

“I definitely did as well,” says Otero. “I was sort of kicking myself that I didn’t put more thought and energy into some of them. I could see ‘Oh, you were almost there!’ So I wish that I had fleshed some out a little bit more. But I definitely did use them.”

“I ended up using more, as well,” says Akau. “I also used my responses to other people’s posts. Save those. In your portfolio they require you to anonymize the other person, but just so you have context for your reply, make sure to save both.”

Did you use any material related to ASIS&T?

“I definitely did,” says McCrigler, including “different events that we hosted, my service on the board.” Through ASIS&T she was also able to attend a conference in Canada, an experience she is using as evidence for Comp O.

Akau says that serving on the executive committee of a student group can fulfill certain leadership requirements for your e-Portfolio. In addition, joining the Student Research Journal was a valuable experience for her.  “If that’s something you’re interested in, I did get a lot out of that experience and a lot for the e-Portfolio.”

Did prepping the e-Portfolio help any of you get a job?

Otero, who is in the process of job hunting, says that “because I have mine on a Google site, I can link to a couple pages through my resume – direct evidence for some of my skills.”

Akau adds, “If you’re able to incorporate internships and professional work in there, so much the better. It’s easier to recall in an interview.”

For more of the alumni’s tips, as well as the advice on internships, mentoring, pathways, and other topics, view the full recording here. 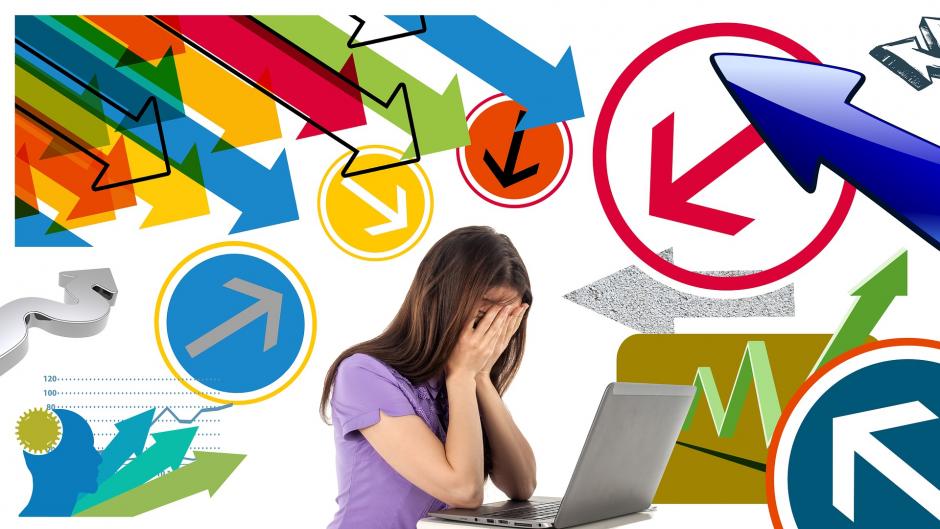 The e-Portfolio: Myths and Truths

Published: May 31, 2020 by Havilah Joy-Steinman Bakken

The e-Portfolio is a capstone experience the majority of iSchool students at San José State University will plan for, experience and benefit from. This large, scholastic decathlon represents not only your upcoming freedom from school, but also your newly garnered skills and brilliance in the library and information profession field. Each student has their own unique perspective and experience working through it, but the majority of us experience at least some amount of anxiety while it looms ahead of us. I had the opportunity to complete the e-Portfolio amidst the craziness of life, and I hope what I discovered from my own personal experience, and chatting with my fellow students, is helpful to you!

If you’re looking for ways to become more involved in student life and boost your career potential at the same time, then joining a student group is an effective and fun way to do it.