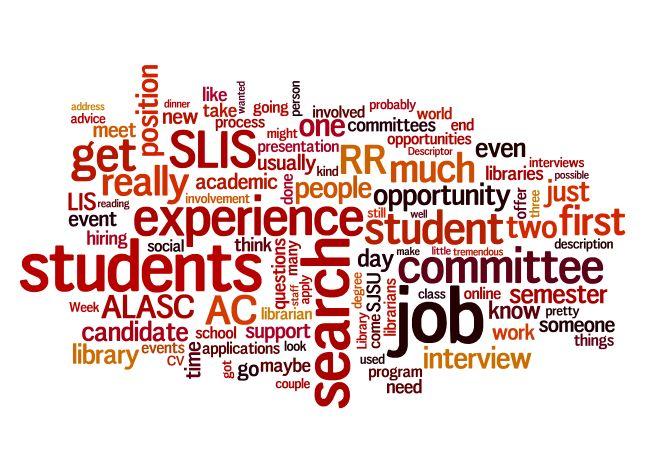 On Tuesday, March 19th, leadership from the majority of the student groups at the iSchool presented at Leaders Wanted: Why and How to Get Involved in Student Organizations hosted by Sarah Thornton, Chair at the Society of American Archivists Student Chapter.

Leaders from each student group answered questions posed by Thornton about their involvement in their organizations, including how much time was expected of them and the benefits of taking on a leadership position. I’ll share a few tidbits from this spectacular presentation, when each of the student group elections are begin, and which positions are open.

Why Get Involved in Student Leadership?

There are quite a few benefits to serving on the leadership of a student organization, including:

Thornton shared that one the main reasons why she was hesitant to jump into leadership at the Society of American Archivists was her lack of experience. This question was posed to the other organization leaders and they all shared similar experiences; however, they also noted that it is not necessary to have prior leadership experience and it’s a great opportunity to gain those skills.

Five of the seven student groups at the iSchool have open positions. A question during the event was raised about the difficulty of choosing just one leadership opportunity, and if that would pigeonhole their resume in one particular aspect of the librarianship field. Thornton advised that it is possible to apply for multiple positions in multiple student groups, but it’s advisable to take on one role at a time. She also believes that while the specific subject matter of each group could gently guide you down a particular career path, employers will look at the leadership skills you gained in that role, rather than the field the organization was in. So get excited and let your imagination run as you peruse these opportunities available!

First Generation Students Group offers leadership opportunities to any student who consider themselves to be first in their families to attend graduate school. They have a rolling nomination and voting period (you can apply whenever there’s an open position) and interested students are instructed to email the group at firstgen.sjsu@gmail.com about their interest in a position. Vacant positions are as follows:

The Society of American Archivists Student Chapter centers on archival issues facing the librarianship field today, and also host quite a number of in-person events. Their nomination window opens April 1st and runs through April 21st, with their voting window starting April 22nd and closing April 29th. Interested students are encouraged to email them at sjsusaasc@gmail.com. Their open positions are as follows:

The Association for Information Science & Technology offers students a chance to be involved in projects and events throughout the school year directly related to information technology in our information age. Their elections run from April 16th through April 27th with a nomination deadline of April 27th. Their voting window opens May 4th and closes May 12. Interested students should email them at sjsuasist@gmail.com. Their open positions are as follows:

The American Library Association Student Chapter encourages participation in the American Library Associations’ programs, scholarships and conferences. Their call for elections run from April 7th through April 13th, with the nomination deadline on April 30th. Their voting window is May 2nd through May 8th. Interested students should email the ALASC at sjsualasc@gmail.com. Their open positions are as follows:

The Special Libraries Association Student Chapter focuses on professional development in special librarianship. The SLASC has open recruitment, and meets one on one with each applicant via Zoom before their nomination is put to a vote. Interested students should email them at sjsu.slasc@gmail.com. Their open positions are as follows:

Any Other Student Groups?

Last but not least, be sure to explore the remaining student groups iSchool Connext and the Virtual Center for Archives and Records Administration (VCARA). VCARA will host their 10th annual conference, Sands of Time: Looking Back to Move Forward, on Tuesday, April 23 at 6 p.m. Pacific Time.

I hope you enjoyed learning about our student groups, and be sure to check out the event recording for more detailed information about leadership elections!