Studying Abroad: A Summer in Ireland 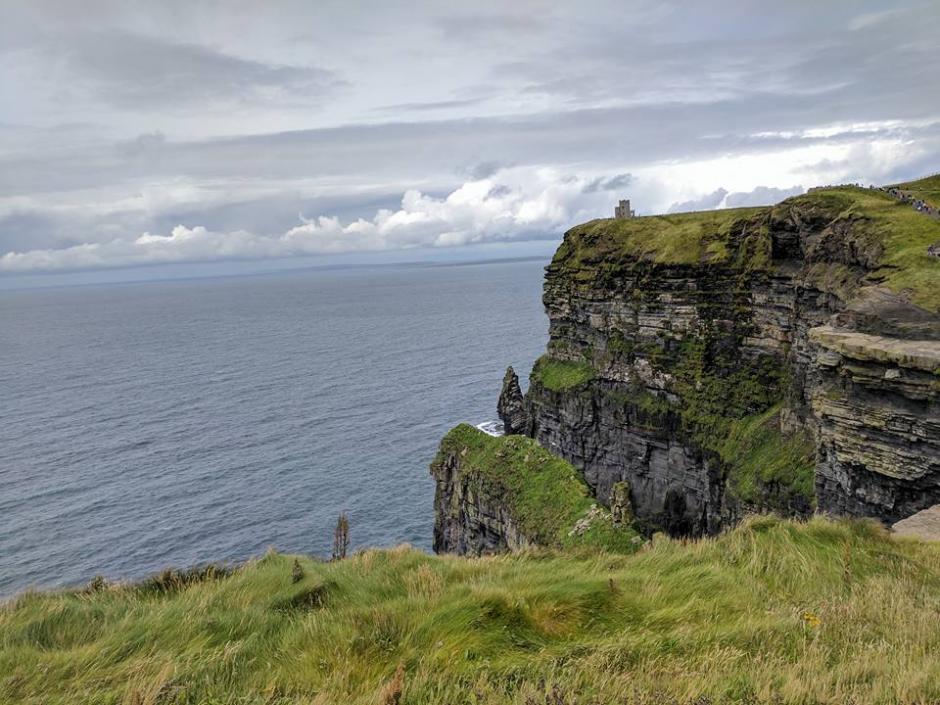 Did you know SJSU offers exciting study abroad programs? You can study for a single semester or a full academic year at over 250 universities in 55 different countries!

This past summer, six iSchool students set off for Ireland. Their topic of study was the conflict in Northern Ireland during the late 20th century also known as The Troubles. Before we dive into the details and have you planning your next trip to Ireland, let me introduce you to the group of MLIS students: Nick Perilli; Terra Emerson; Jennifer Weiser; Gayle O’Hara; Joslyn Joseph; and Janelle Peck.

So how exactly did they end up going to Ireland?

It pays to check your email regularly folks.They received an email invitation from the University of North Carolina in Greensboro’s Library and Information Studies department. The invitation was for iSchool students to participate in a study abroad program in Ireland. Once the group had made their mind up to go for it, the application process was straightforward enough. The students had to answer some questions about what they hoped to gain from the experience, write a statement of purpose, and provide a letter of recommendation. All that was left to do was enroll in the UNCG as a guest student, and make sure they had their passport ready to go!

We are talking about a full-blown 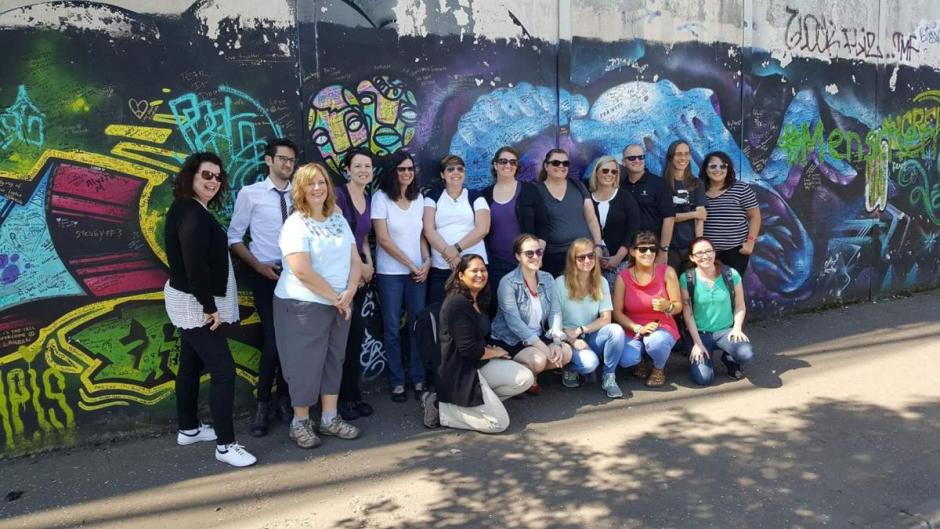 adventure here, not just sitting behind a laptop in a different time zone. Terra shared some of the travel itinerary with me: “We spent the first 11 days in Belfast, Northern Ireland, then six days in Galway, and four in Dublin. We stayed in university dorms in Belfast and Galway and a hostel in Dublin.” Not only did the students encounter different cities and people, they were able to get a hands on learning experience: “We spent the majority of our days visiting public libraries, rare book libraries, national libraries, archives, and public records offices examining how libraries provide services and preserve information in times of conflict.” 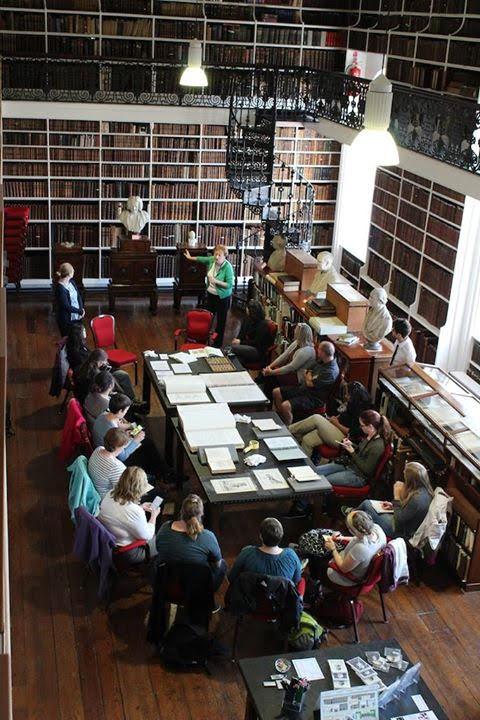 Like any good adventure, the experience is different for everyone. Gayle said, “I found it fascinating to go to the Public Records Office of Northern Ireland (PRONI) and hear about their archives, how it relates to the conflict and the process of recording the experiences of people whose voices may have been lost.” It wasn’t all business though, Gayle says she also enjoyed biking in the Aran Islands.

Studying abroad allows students to learn in real time, to be there as it’s actually happening. Terra shared some insight on her experience and how she made connections to her life back home: “there are many parallels between the political conflicts in Ireland during The Troubles and the current political conflicts in the United States. I learned a lot about the important roles that librarians can play during times of struggle, both in terms of providing services to various communities and in terms of preserving our history as it unfolds.”

Without a doubt, studying abroad is a life-changing experience. For some of the students, the experience confirmed their future career plans and their choice to enroll in the MLIS program. Gayle said, “a commitment to this mid-life change that I made, moving from being a social worker to a librarian/archivist; this trip just made me all the more excited to be doing this.”

As well as enjoying international travel, the participants earned some units toward their degree. It began with a little bit of pre-work before the journey. Students were given reading assignments rich in Irish history. The reading assignments gave the students a foundation of knowledge to later build on once in Ireland. Three units were awarded for a research project based on their experiences abroad and an additional three units for an independent study project also based on their experiences. Nick focused his research project on the exploration of murals and graffiti in Northern Ireland, “examining the efforts of libraries and archives across the globe to preserve something as potentially fleeting as graffiti and murals.”

I can share with you based on my personal experience studying abroad, that I grew personally as well as professionally. While completing my undergraduate studies, I spent a semester abroad at California State University Sacramento (I’m from England). Along with learning about American culture and visiting fun places throughout the state, I made some lifelong friends. Now I live in Sacramento, so who knows how the decision to study abroad could change your life! On a professional level, studying abroad shows to a potential employer that you are willing to take risks, can adapt to change, and that you understand the value of diversity.

Ready to Pack Your Bag?

When I asked Gayle if she had any advice for students considering a study abroad opportunity, she answered, “just do it! You won’t regret it and you will learn so much about others and yourself.” If you’re interested in finding out more about study abroad opportunities, explore the SJSU Study Abroad pages, and check out the 7 Steps to Study Abroad. The first step is to attend an information session, the next one is on September 13. 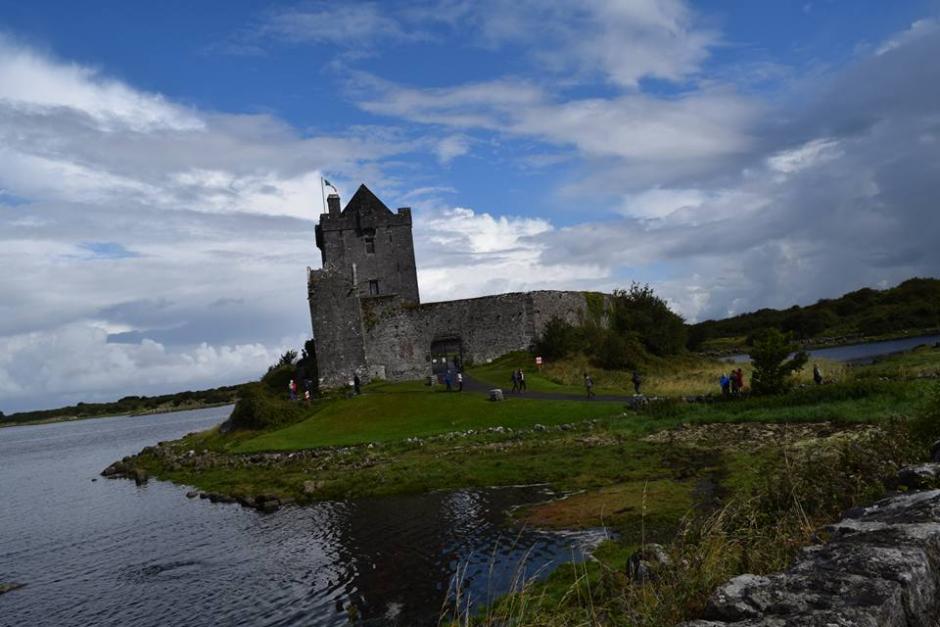