“EDI is really everyone’s responsibility. Getting to know our diverse cultures [and] lived experiences is a core part of what it means to be an American.”  – Dr. Anthony Chow

Binnie Tate Wilkin opened up the symposium with a historical overview of Juneteenth Day and an explanation of why we celebrate this holiday. As Wilkin explained, “We celebrate the date that African captives in Texas learned about the Emancipation Proclamation issued two years earlier, after the Civil War when troops were sent to Galveston, Texas, declaring that all those enslaved must be released.” Throughout the symposium, Wilkin deliberately used the terms “captives” or “enslaved people” in place of “slaves.” Wilkin stated that the term “captives” takes on a different tenor, and is part of her deliberate efforts to change the way that we historically look at enslaved African Americans.

“This is a time to consider the complicated system of bondage instituted in our nation, and to celebrate the lives and contributions and the woes suffered by African Americans.” – Binnie Tate Wilkin 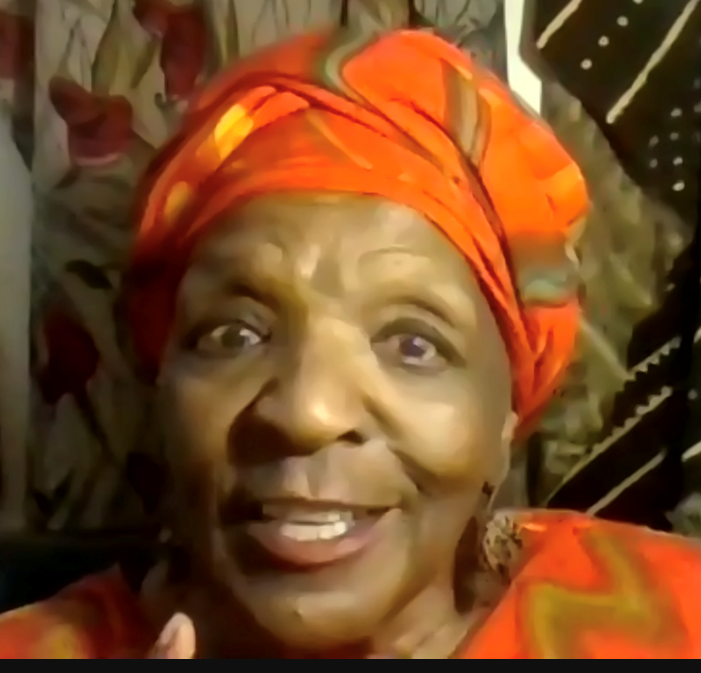 Her storytelling event opened up with a retelling of The People Could Fly, a folktale about enslaved African Americans recorded by Virginia Hamilton. The story centers around a man named Toby who knew about the magic of flying and taught his fellow community members how to fly. According to Wilkin, the word “flying” was used in many stories and songs as an escape signal, informing captives that it was time for them to run away.

Wilkin also shared some stories she wrote herself, like the Legend of the Black-Eyed Peas and a poem titled Yard Broom Mama. Midway through the event, Wilkin asked the audience to put into the chat the name of someone from African American heritage who has had an influence on their life (e.g. personal, historical, and/or professional), an exercise that she calls “Heritage Handshake.” This exercise served as a segway for Wilkin to highlight how violence continues to impact African American families today, in particular Ruett, Rhonda, and Alec Foster. Please feel free to hear more about their story.

Afterwards, Wilkin wrapped up with two more stories: Brer Rabbit and Brer Partridge, a folktale descended from the Gullah Geechee people, and Tezin, a Haitian folktale. Wilkin concluded her storytelling event with a short song called Stomp Down Freedom, in reference to previous African American older women who would encourage children to stand up and shout as they planted the seeds of freedom into the ground to make sure that they stay.

“We’re going to plant the seeds of freedom wherever we are and remember the scourge of slavery.” – Binnie Tate Wilkin

The storytelling event was followed by a Q&A session with Dr. Anthony Bernier, Binnie Tate Wilkin, and Dr. Anthony Chow, as well as concluding remarks.

“Libraries can be kind of the arbiter of providing different contexts and perceptions from a world view…that otherwise they [people] don’t have…Juneteenth Day reminds us of a momentous step forward towards freedom, but we have much work to do.” – Dr. Anthony Chow