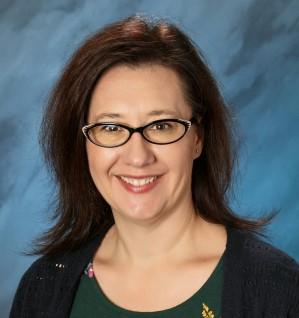 The membership of the Washington Library Association recently elected a San José State University alumna as its vice president and president-elect. Sarah Logan earned her Master of Library and Information Science degree from the SJSU School of Information in 2012 and has since worked as a teacher-librarian. She says her job at the Dorothy Fox Elementary School in Camas, Washington, prompted her to run for the WLA board.

“It has been a while since a teacher-librarian held the office, and as one of the four divisions of WLA, it’s important that we take on leadership roles as often as the other divisions (public, academic, and special),” Logan explains.

Logan will serve as vice president in 2023, president in 2024 and past-president in 2025. Logan currently serves as the board director representing the WLA’s School Library Division. She is also part of the #K12Librarians4AllWA campaign, which aims to remove a loophole in Washington state law to allow equitable access for all Washington students. Logan is working to “ensure that school library programs in every district are coordinated by qualified teacher-librarians.”

Attending the iSchool prepared Logan for her current role as a teacher-librarian, especially the core values of advocacy and education that were emphasized in her MLIS courses. “The iSchool showed me that teacher-librarians are truly leaders on their school campuses, and my journey toward leadership started with me leading professional development for teachers on the school sites/districts I served.” Logan also states that she appreciated the opportunity to “take risks and try new things” during her time in the MLIS program.

Logan has the advice of “get involved” for current students, either through a small or professional network. “The truth is that we need everyone in the library field to get involved and step into leadership roles. We can’t truly advocate for our profession and our patrons if we rely on a small group of people to do the work.”

The iSchool congratulates Logan on her new role with the WLA.