Alumnae Elected to CSLA 2017 Board

iSchool alumnae Heather Gruenthal and Amelia Lafleur have been elected to the California School Library Association 2017 board. Both graduates will advocate for increased networking opportunities and jobs for teacher librarians.

Two graduates of the San Jose State University School of Information have been elected to the California School Library Association 2017 board.

Heather Gruenthal, who completed the Teacher Librarian program in 2001, is now the CSLA Southern Region president-elect, and Amelia Lafleur, who earned her Master’s degree in Library and Information Science in 2014, will serve as the Section 6 representative. 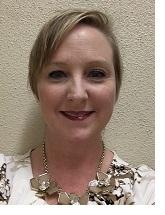 Gruenthal (pictured left) has been a member of CSLA since 1999 and previously served as the Southern Region Section 3 representative. Participation in the association has greatly benefited her career as a teacher librarian.

“CSLA has provided me with rich resources of professional development opportunities and a personal learning network. CSLA has also helped me grow professionally through preparing for workshop presentations and opening doors to publishing my work in the larger library community in publications such as CSLA Journal, Knowledge Quest, and the Journal for the Young Adult Library Services Association,” she said.

Honored to be chosen as president-elect, Gruenthal will make it a priority in her new role to strengthen the professional learning network among California librarians. She will also advocate for full staffing for K-12 school libraries, recognizing the misconceptions about the role of teacher librarians. She explained: “One of the trends I have seen throughout my career is library positions being eliminated because school leaders view libraries merely as a place to house and circulate books.”

Being elected to Section 6 marks Lafleur’s (pictured right) first time serving on the CSLA board. She concurs with Gruenthal’s stance on increasing networking opportunities and full time staffing. “I would like to see an increase in networking opportunities for everyone working in the field, especially for paraprofessionals,” Lafleur said, adding, “I would like to raise awareness on the vital role school libraries play in student academic achievement, and as the learning hub that provides access to technology and information for students who might not otherwise have access.”

A 2010 iSchool alumna, Corie Julius, ran for the Southern Region Section 5 representative but lost in a close runoff election.

The CSLA will hold its annual conference from February 2-5, 2017, in Sonoma Wine Country. iSchool alumni, current students, future students, and colleagues are invited to attend a special meet-up with assistant professor and Teacher Librarian program coordinator Dr. Mary Ann Harlan on February 3 at 5:30 p.m. in the DoubleTree lobby bar.