iSchool Alumni Elected to CLA Board 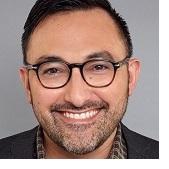 Two graduates of the San José State University School of Information have been elected as members-at-large to the California Library Association. Chris Brown and Emily Weak, who graduated in 2010 and 2011, respectively, begin their terms in November 2018.

Brown has served on the CLA Leadership Development Committee since 2015 and began as chairperson in 2017. As a member-at-large, he’s looking to support transformational learning within the profession in California.

“I see a great deal of value in learning from library leadership on the national and international scene. For example, I hope we can learn from operational models in Denmark, and service design at Richland Library,” he said.

Brown, who is the deputy county librarian for the Santa Clara County Library District, also sees potential lessons from the for-profit world and non-traditional areas, such as improv and hospitality.

“Whatever we glean from such discussion, the goal must be empowering the most vulnerable in California. By serving on the board, I feel that I can help move forward the use of these tools,” Brown noted. 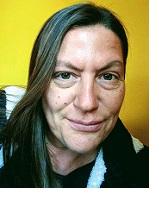 Although she has served on several CLA committees over the years, this is Weak’s first elected position, and she is excited and grateful for the support of members who voted for her.

“I also feel good because I think it means people recognize my work and share some of my values regarding libraries,” she said.

As an adult services librarian at Oakland Public Library, Weak focuses on outreach, partnerships with social service organizations, which she hopes to implement in her CLA board position.

“[CLA] has done a lot of great work in recent years to be more inclusive. I’d like to continue to push that. I think less than 300 people voted in this election, so there’s still work to be done there,” she said.