Three San José State University School of Information graduates have been designated as “Movers & Shakers” by Library Journal for their transformative work in libraries.

Recognized as a “Community Builder,” Colette Poitras of Alberta, Canada has been instrumental in helping Canada’s indigenous populations to have free access to library services. 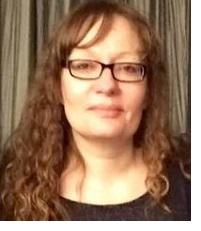 The 2014 graduate of the Master of Library and Information Science program and public services manager of the Northern Lights Library System oversaw an Alberta government grant to remove library access fees. In the short period of time since the grant was announced in September 2016, Poitras has provided cultural awareness training to her colleagues at the NLLS and introduced them to tribal officials and community members. As a result, plans are in the works to extend remote library services.

“The most important thing is relationship building,” Poitras said. “As librarians, we really have no self-interest—we strive to provide excellent library service to everyone. I believe that because of this attitude, there was some trust built. We want all indigenous people to feel safe and comfortable when they enter any of our member libraries.”

Poitras said being named a “Mover & Shaker” was “amazing” and “very humbling.” She credits the help she received from supervisors and colleagues to focus on the project, and encourages library science students to follow their passions.

“I truly believe in the core values of librarianship, and I am sure many students align their own beliefs with these as well. I realize it sounds super corny, but the quote, ‘Choose a job you love and you will never have to work a day in your life,’ can be very true,” she said. 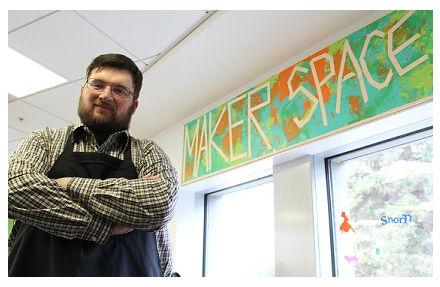 “It was designed and built (in some cases literally) by teens from across San José,” Berman said. “In addition to what you might find in a ‘traditional’ teen space, the TeenHQ is full of brand-new technology including 3D printers, a sewing machine, laser cutter, and a fully functioning recording studio and music production space. It’s designed to introduce teens to new technology, promote collaboration between school age teens and younger college students, and provide a safe space for teens.”

Berman said the space is also providing innovative programming, from cheese making (cleverly named “Just in Queso”) to the Life Skills Academy where they address topics “such as self defense or why you shouldn’t have 37 credit cards.”

“Most importantly, however, is that the TeenHQ is a space where teens are free to be themselves; we provide a space where teens are free to explore their own identity, self image, passions, and interests. The programs and services we provide (such as our recording studio and makerspace) are tools teens can use to explore interests or future professions they may have never dreamed,” he said.

For MLIS students who are interested in careers in young adult librarianship, Berman believes the best way to interact with teens is to be authentic.“You don’t have to look a certain way, be an expert in pop culture, or be ‘cool’ to be a YA librarian. You just have to be yourself. If you care about teens, if you want them to succeed and grow, if you treat them like people, if you talk to them openly and authentically, they will respond,” he said.

Cynthia Mari Orozco, ’11 MLIS, was recognized for her work toward universal inclusion and with nontraditional and first-generation students as a librarian for equitable services at East Los Angeles College in Los Angeles. She is also developing research projects in regards to students who may be experiencing library anxiety.

In addition, Orozco launched the LIS Microaggressions blog on Tumblr in 2014 to provide a safe, anonymous space for users to share their alienating and often aggravating experiences. Orozco defines microaggressions as “subtle insults, whether verbal, nonverbal, or visual, that are expressed toward individuals from marginalized communities, which can be based on race, ethnicity, gender, age, sexual orientation, gender expression, or ability.”

According to Orozco’s “Mover & Shaker” profile, one of the great outcomes of the LISM blog is that it has grown into an international movement and is “making voices of individuals from marginalized communities heard.”

For more information about the innovative work of Poitras, Berman and Orozco, visit the Library Journal website.