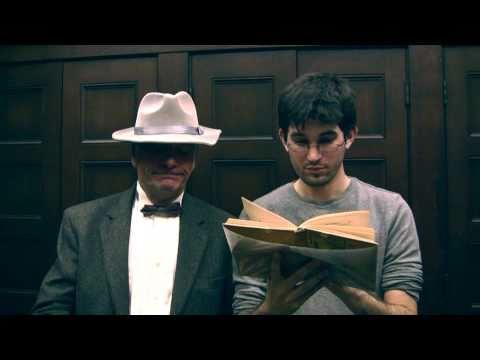 San José State University School of Information student Victoria Machado wrote the script, co-directed, and acted in a promotional video for Burlingame library’s Murder Mystery Night event. The video, a movie-trailer style production that parodies the recent feature film Inception, was posted on the teen page of the Burlingame library website to advertise the event. Both the video and the Murder Mystery Night were a huge success — 60 teens attended the event, several of whom described the experience as “awesome!”

The video was featured in ALA Direct’s weekly e-newsletter.

Machado works part-time at Burlingame library and also as an iSchool graduate student assistant for Jane Fisher. Her previous experiences with filmmaking include writing and performing routines in a 25-minute collection of library-related sketch comedy, and taking an undergraduate film class at SJSU that she says exposed her to innovative ways to promote library events.

Machado reflects on the experience of making the video:

I am lucky to work at the Burlingame Public Library, which is comprised of some amazingly creative people who are always game to perform or pitch in to help. I am also lucky to have a nephew who is a very talented video editor. We’re planning to collaborate on a longer film project next year.