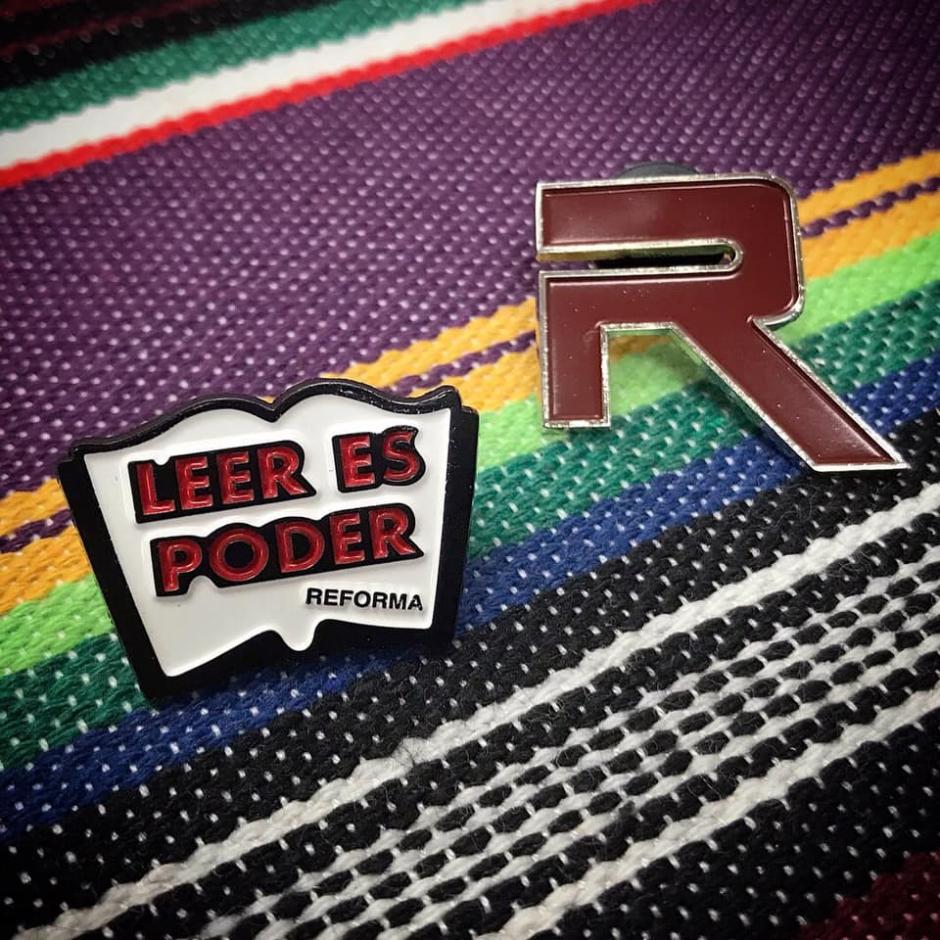 The San José State University School of Information is pleased to announce the formation of a new student group, REFORMA SJSU iSchool Student Group, and the nomination of the group’s first officers to its executive board.

REFORMA, established in 1971, is the National Association to Promote Library and Information Services to Latinos and the Spanish speaking, an affiliate of the American Library Association that actively recruits bilingual and bicultural library professionals and support staff, works toward the development of library services and programs that meet the needs of the Latino community, and promotes public awareness of libraries and librarianship among Latinos.

Assistant Professor Michele A.L. Villagran is chair of the REFORMA National Education Committee and serves as the REFORMA liaison to the iSchool. She saw a need for a student group focused on promoting diversity in the library profession and spearheaded the group’s launch. Her leadership skills and experience will be tapped throughout her appointment as faculty advisor of the new REFORMA SJSU iSchool Student Group.

“I am very excited to see this new group come to fruition and support the students as faculty advisor!” said Villagran. “My vision is for students to become involved with REFORMA sooner while in school so they will learn about the organization, collaborate with other REFORMA members through their local chapters, and to continue to support serving Latino and Spanish-speaking communities beyond our program.”

For almost 50 years, the REFORMA National Association has improved and advanced library and information science services to Latinos and Spanish-speaking communities, including creating Spanish-language library collections, recruitment of bilingual and bicultural library professionals and staff, development of programs and services, and lobbying to preserve existing library centers that serve Latinos.

The new REFORMA student group at the iSchool recently nominated the first officers to its executive board. All officers will serve for one year, from July 1, 2020 to June 30, 2021.

Serving as president of the REFORMA SJSU iSchool Student Group is a natural extension of Rosa Conrad’s work in supporting Spanish-speaking students and their families. In Conrad’s current position as outreach coordinator at California State University, San Marcos University Library, she is one of two library staff members that are bilingual in English and Spanish, and her responsibilities include hosting many community events for the university’s primarily Latino population.

“I actively engage with our Spanish-speaking community,” Conrad said. “Our campus welcomed over 5,000 students last year during summer orientations, which included orientation sessions for Spanish speaking families. These sessions allow me to help answer questions from parents about our library services and how the library can support their students.”

Conrad has been a member of the REFORMA National Association for two years, and was interested in getting more involved when she learned of the formation of the new student group. “I saw it as a privilege to represent SJSU iSchool students and alumni, and be a part of building a new REFORMA student group,” said Conrad. “I felt honored to be elected, and I am excited to lead the newly formed REFORMA SJSU iSchool Student and Alumni Group.”

While finishing her course work in the Master of Library and Information Science program, Conrad sees her tenure as president as a chance to collaborate in building a strong foundation for the new group. “Being a part of this student group will offer opportunities to participate more fully with other REFORMA chapters and to learn how they are supporting their communities,” Conrad said. “As an emerging Spanish-speaking librarian, having an opportunity to learn from librarians already making a difference in their communities will inspire me with the knowledge and skills to impact my own communities.”

Informing iSchool students about the newly formed REFORMA student group is one of the group’s goals, noted Conrad. “It is important that iSchool students are aware of REFORMA, and the support provided through scholarships, conferences, resources, mentorships, and networking.” Even though she is close to earning her MLIS degree, Conrad emphasizes, “It is never too early nor too late to get involved and make a difference.”

Essy Barroso-Ramirez, who earned her Bachelor’s degree in Public Health with a minor in Mexican-American studies from SJSU before enrolling in the MLIS program at the iSchool, was “overjoyed” to learn that her run for vice president of the new REFORMA student group was uncontested, and that she was guaranteed to win the seat.

“I decided to run for office because I am passionate about increasing and supporting people of color in the information profession,” she said. “I also decided to run because I served on student government at my community college and experienced making positive impacts in a way that truly makes a difference for students.”

In her current position as library branch manager with Santa Cruz Public Libraries, Barroso-Ramirez is the only woman of color in a management position in the library system, a network of 10 neighborhood library branches, a web-based digital library, a bookmobile and community-based programs located along California’s central coast.

“Serving as vice president of REFORMA SJSU iSchool Student Group will absolutely complement my work,” she remarked. “The support I receive from my peers is extremely fulfilling. My MLIS program also benefits from my role as VP because I can inform my classmates, hopefully recruit many of them, and together we can build our student org into something amazing!”

MLIS student Alessandra Gonzalez answered the call for REFORMA members with experience in WordPress, web design and management, and volunteered to serve as co-webmaster for the new REFORMA SJSU iSchool Student Group.

Building upon her experience as an undergraduate at Santa Ana College, when she was the web editor for the student newspaper, the el Don, and won national awards including the Associated Collegiate Press (ACP) Pacemaker for Online News Site, Gonzalez hopes to expand her website management and leadership skills by serving on the new group’s executive board.

“Being part of the executive board is an excellent opportunity to learn, collaborate, and gain knowledge about how working in a position like this will help me in the future,” Gonzalez noted. “Now, continuing that role with the REFORMA student group will help refine my skills and keep me up to date with the latest tools.”

As the first person in the webmaster role, she is charged with creating the group’s website. Her first task is to collaborate “not only with the officers but also with all REFORMA student members on what their expectations are, and how we can best meet those needs,” Gonzalez explained.

Renée A. Torres, who received her BA from California State University Fullerton and her MA in History from Washington State University before enrolling in the MLIS program at the iSchool, volunteered alongside Gomez to serve as co-webmaster, with the aim of creating “an awesome group, environment, and website for our fellow iSchool students.”

Torres envisions a “sleek looking, user-friendly website that’s maintained regularly, connects with our social media, and highlights upcoming events.” Additionally, she noted it will be vital for communicating with current and future members, as well as connecting with guest speakers and alumni.

“Many of our in-person networks are on hiatus right now, and I hope that this new group can serve as a way for iSchool students to stay connected to the program, each other, and library and information science professionals,” she said.

For Torres, serving as one of the group’s team of two webmasters aligns with both her professional and personal interests. As many libraries use WordPress or Drupal to manage their websites, the skills she’ll sharpen as webmaster will make her more marketable, and will help her meet several of the MLIS program learning outcomes.

“Using content management systems like WordPress is a great way to practice these skills before I jump into the job market!” Torres enthused.

Torres is especially eager to support the group’s goals of bridging the gap between students and professionals, specifically through REFORMA. “Part of my own personal research for a number of MLIS courses has indicated that there are gaps between the undergraduate studies, graduate studies and professional librarianship pipeline, and more work needs to be done to get diverse students into LIS programs, help them start their careers, and retain them in the field,” she explained. “So, if we want to diversify the field, ensure that it is responsive to diverse community needs, and recruit the best and brightest, we need ways of connecting students with working professionals.”

Sophia LaMonica, MLIS student and REFORMA National Association member since 2019, will serve the student group in the combined position of secretary and treasurer, with duties that include keeping a record of the group’s activities, preparing and executing an annual budget for the group, and coordinating the submission of grant proposals and applications.

Petry Saenz, who completed her MLIS and graduated from the iSchool in 2020, was selected as the REFORMA SJSU iSchool Student Group’s alumni liaison, responsible for establishing and maintaining relationships between the group’s members, assisting with programming that will benefit students and alumni, and recruiting alumni.

All iSchool students and alumni interested in working with Spanish speakers and Latinos are welcome to join the REFORMA SJSU iSchool Student Group—Spanish or bilingual ability is not required. REFORMA develops students’ professional skills and increases awareness of library and information services to Latinos through guest speakers, service projects, workshops, field trips, and networking opportunities. Students and alumni must be current members of the national association before becoming a part of the REFORMA SJSU iSchool Student Group. The cost to join the national association is $10 per year for students.

One of REFORMA’s most noteworthy activities is its annual scholarship drive. Both the REFORMA National Association and its regional chapters award a number of scholarships, including the Rose Treviño Memorial Scholarship, for those pursuing a degree in children’s or young adult librarianship, and the REFORMA Scholarship, recently awarded to Hope Saldivar, a student in the iSchool’s MLIS program and library associate of the Yolo County, CA Knight Landing branch library. Two additional students received scholarships from the REFORMA Los Angeles Chapter. Stephanie Duran and Nydya Mora, both pursuing their MLIS degree at the iSchool, received the Elizabeth Martinez Scholarship. For more information about REFORMA, please visit the national association’s website.