The SJSU SLIS Awards for Excellence winners are chosen each year by faculty members of the information school’s Student Scholarships and Awards Committee. One of the most prestigious awards is the Ken Haycock Award for Exceptional Professional Promise, which this year goes to MLIS student Shelli Owens. In addition to receiving $1,000 and a citation, Owens was the outstanding student speaker at the 2013 convocation ceremony on Saturday, May 18. 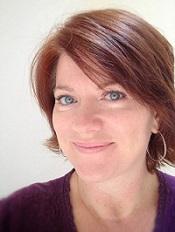 Owens, whose coursework focused on special libraries and information literacy, said getting the award “came as quite a shock.”

“I feel a real sense of duty to be worthy of this honor throughout my career, now and in the future,” she said. “The leadership tenet is probably the most important to me as I am a somewhat late bloomer in the field, and I want to share my passion for this profession in every aspect of my professional life.”

In fact, while Owens is still crafting her speech for convocation, she said “the starting point” will be about passion and the ways it is expressed in librarianship.

“I see/hear/read from passionate leaders and innovators every day, and I hope to be another voice in that crowd, advocating for libraries and their role in our society,” Owens said.

In addition to Owens receiving the Ken Haycock Award for Exceptional Promise, six other students who are graduating from the fully online MLIS program at SJSU SLIS in the 2012-2013 academic year received awards from the faculty committee. The winner in each category will receive a gift certificate and citation.

Meredith Steiner won the Stella Bunch Hillis Award in Youth Services for demonstrating potential for outstanding contributions and innovation in youth services in a variety of contexts.

Patricia D’Cruz received the Shirley Hopkinson Award in the Organization of Information in recognition of her outstanding knowledge and ability in the field of organization of information, including coursework in classification, cataloguing, information retrieval, and/or metadata.

Anthony Andora received the Jean Wichers Award for Professional Practice, which requires superior performance in a supervised professional experience, practicum and/or internship. In his virtual internship for the San Mateo (California) Public Library, Andora created an engaging online presence for the library through Facebook, Twitter, and blogs.

Evan Carlson won the award for Outstanding Thesis with his examination of a grassroots radical street press and agents of print culture in San Francisco’s counter-culture Haight Ashbury district during the late 1960s, explored within the context of the American radical pamphlet tradition. You can view Carlson’s thesis on SJSU Scholarworks.