Mayra Fuentes, Monica Vega Latona, and Brandi Veal, three students enrolled in the Master of Library and Information Science degree program at the San José State University School of Information, were awarded the California Library Association Scholarship for Minority Students in Memory of Edna Yelland. Each recipient received $2,500, a one-year student membership to CLA, and will be honored at the CLA annual conference October 24- 26, 2019.

An inspiration to future librarians, Edna Yelland was recognized for her dedication to promoting the profession of librarianship. The scholarship supports ethnic minority students in graduate degree programs in library or information studies, and reflects the deep commitment of the CLA to the improvement of library services to ethnic minority communities. 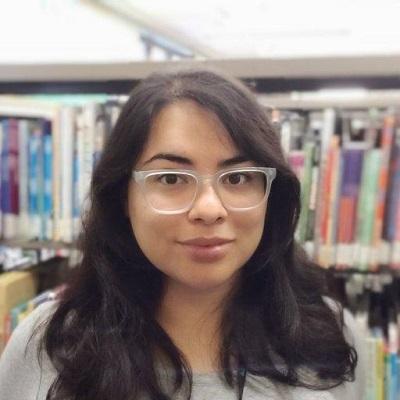 Fuentes completed her BA in Linguistics at University of California, San Diego and her post baccalaureate in Speech-Language Pathology at California State University, San Marcos before enrolling in the MLIS online program at the iSchool.

“As a first-generation college student, finding the resources and information to fund my program has been a challenge. I felt that I really did not know where to begin and experienced severe information overload,” she said. “I am thankful that our program outlined the many organizations that offer scholarships for LIS students through the Student Resources page.”

Beyond the financial support, Fuentes said she was proud of being one of only three students selected to honor the memory of Edna Yelland. “I most respect that Edna fostered an inclusive environment toward new librarians and fought for library services through her advocacy efforts. I share a similar goal in my journey through librarianship and hope to soon become a public librarian in Los Angeles,” she explained.

As for the future, Fuentes has set intentions: “I have taken steps toward fostering the qualities of empowerment and diversity through an internal Leadership Initiative Committee at Los Angeles Public Library and hope to extend what I learn to other library students. I have a deep commitment to serve underrepresented communities and populations as a public librarian.” 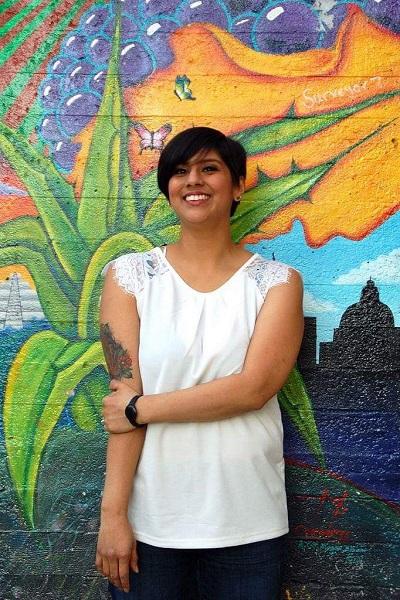 Latona, who completed their BA degree at Sacramento State University, is taking classes toward their MLIS focused on Youth Librarianship, Academic Librarianship, and Archives.

A femme genderqueer artist, activist, writer, survivor and future librarian, Latona has long been a passionate advocate for social justice and radical change in systems that fail communities seen as “other.”

“I’m a first generation college student, graduate student, all firsts in my family; I come from a Mexican-American family that just wanted to fit in and survive, and I wanted to do it for all the kids in the barrio (neighborhood) who don’t think there’s anything outside that world for them. Edna Yelland wanted youth to know that they had a place within library walls.”

But it took the suggestion of their faculty advisor and Latona’s husband’s convincing for them to finally apply. “So, all while doing three term projects, my internship, my volunteering, advocacy, and iSchool advising, I applied for the scholarship. I had started the process for an academic scholarship, and I had some essays and transcripts ready, so I just went for it,” they said.

Latona said that at first, they could hardly believe the news that they’d won. “I had applied for another scholarship and I found out I didn’t get that one just a few days before, so I was just ready for bad news. After I heard, ‘Congratulations, you have won one of the CLA Scholarship for Minority Students in Memory of Edna Yelland…you did it,’ on the other line, I cried. I won’t deny that.”

“Graduate school is real: it’s expensive, it’s stressful, it’s a ton of work, you’re constantly tired and there’s always something to work on. It’s a lot of pressure to keep up the GPA, too. Scholarships, extracurricular, volunteering, you have to really carve in that time to make it happen, so when I heard I won, I was just floored,” said Latona.

Latona, who currently works in a public library as a library assistant, has volunteered at the Lavender Library Archives and Cultural Exchange in Sacramento and currently serves on the Equity Diversity Inclusion Team with Sacramento Public Library, where they encourage fostering inclusive community involvement.

“I also do social media work and communications for Latino Outdoors, so I know between that real-life application and the iSchool, I can do just about anything. I know my heart is giving back to the community I came from: barrio kids who need an adult who understands them and their lived experience.”

Latona will graduate with an MLIS degree in 2020 and is looking forward to working with youth in libraries. “Ideally, I want to provide a space where young people can come to create, organize within their community, and have healthy intergenerational relationships with adults who genuinely care,” they said. “That, and include support for their families. If you work with youth, you work with the whole support team, whomever that might be. That may be at a public library, academic library, or a special library.” 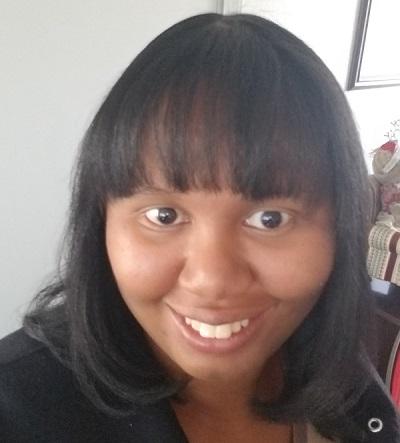 Veal realized she had found a career that seemed more like a calling when she landed her first job in a school library. “While I am not positive what type of library I will find myself in after graduation, public or school libraries, I hope to find myself in a place one day where I can give back and be a part of creating opportunities for others,” she said.

“I am very excited to have been selected for this award and with only one semester left to pay for, this has only brought me closer to my dream of being the first person in my family to attain my master’s degree –and debt -free to boot!” said Veal.

Veal completed her Teacher Librarian Services Credential in May 2019 and is currently interning at a Sacramento Public Library as she finishes the last few units of her MLIS degree at the iSchool. Opportunities such as the CLA Scholarship for Minority Students in Memory of Edna Yelland gave Veal “access to a dream I did not always see as possible.”

The iSchool will celebrate its students and alumni during the CLA annual conference in Pasadena, California. The Community Impact Poster Session, featuring student and alumni presenters, is scheduled for Friday, October 25, 2019. A reception follows the poster presentations with complimentary hors d’oeuvres and opportunities to network. The event is free and all are welcome.

The SJSU School of Information offers generous scholarships to both new students and continuing students enrolled in its Master of Library and Information Science, Master of Archives and Records Administration, or MS in Informatics program. Additional scholarships are also available from San José State University and other agencies.