San José State University School of Information is pleased to announce that two alumni were awarded REFORMA Día Mini-Grants to support new or existing Día programs that celebrate Latino culture. David Lopez and Gina Rosabal were among the five winners of REFORMA Día Mini-Grants, who were selected based on original submissions that demonstrated their creativity, level of community involvement, and showcase of Latinx literature and culture.

El día de los niños/El día de los libros (Children’s Day/Book Day), commonly known as Día, is a national library program that fosters literacy for all children from all linguistic and cultural backgrounds, and an everyday celebration of children, families, and reading that culminates yearly on April 30. Programs such as Día play a critical role in helping meet the needs of a diverse population, while also fueling understanding and acceptance.

Each winner’s library will receive $300 to support a virtual or in-person program that celebrates Latino culture in the spirit of Día. The funds may be used to offset costs directly related to the delivery of a Día program, such as fees for authors or performers, decorations, books, program or promotional materials, and refreshments.

Lopez, who received his Master of Library and Information Science degree in 2012, currently serves as marketing and communications librarian at the La Habra Branch of OC Public Libraries in Orange County, California. His work focuses on strategic library marketing, internal and external communications practices, policy and outreach. Lopez is the public information officer for OCPL’s 33 branches. Previously, he worked at the Santa Ana Public Library.

Rosabal graduated from the MLIS program in 2018, and also holds an MA and a PhD from Purdue University. Prior to her current position as library assistant at the Betty J. Johnson North Sarasota Public Library in Sarasota, Florida, Rosabal worked at Mills College in Oakland, California.

REFORMA, established in 1971, is the National Association to Promote Library and Information Services to Latinos and the Spanish speaking, an affiliate of the American Library Association that actively recruits bilingual and bicultural library professionals and support staff, works toward the development of library services and programs that meet the needs of the Latino community, and promotes public awareness of libraries and librarianship among Latinos.

In 1996, nationally acclaimed children’s book author Pat Mora proposed linking the celebration of childhood and children with literacy, and Día was born as a commitment to include and celebrate a variety of cultures every day, year-round, culminating annually on April 30. Día is an enhancement of Children’s Day, which began in 1925.

For a complete list of the winners see the REFORMA blog. To support future Día Mini-Grants, consider making a donation to REFORMA at reforma.org/donate. 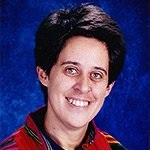 Master of Library and Information Science student Gina Rosabal was designated an Association of Research Libraries Diversity Scholar to participate in the 2016–2018 Initiative to Recruit a Diverse Workforce.