This June, two alumnae of the School of Information at San José State University joined the prestigious ranks of Library Journal’s Movers and Shakers. The 2021 list named Christina Jupp Grove, ’12 MLIS, as an Advocate; and Shawna Sherman, ’07 MLIS, as a Change Agent. They are in good company with 44 other librarians, library workers, volunteers and vendors from across the country who were recognized for their leadership, innovation and for “moving the library field forward as a profession.”

“It’s a huge honor to be included this year with so many other people doing such amazing work in libraries and I am touched that my work was recognized,” says Grove of her spot on the list. Currently the manager of mobile and outreach services for the Alameda County Library in California, Grove says she was always inspired by the list of Movers and Shakers. She was “completely caught by surprise” to find herself on it.

When the pandemic closed the library, Grove and her team came up with innovative ways to continue serving patrons. One initiative was “Kind, Connected Conversations,” which Grove describes as a virtual program that provided the kind of social interactions patrons were missing. She also devised a way to use the mobile library van to deliver materials to patrons with minimal contact, by creating book bundles that patrons selected using a food-truck style menu of categories. “At this point there were still a lot of unknowns in terms of virus transmission,” says Grove, “so we worked with the health department to have a safe plan.”

Grove also partnered with a local shelter to provide computer help to its residents, “so that people experiencing housing instability could utilize the technology that we already had,” she says. The experience gave her a new perspective on the needs of those living with unstable housing, the kind of perspective she sees as crucial to outreach. She asks herself: “Who are we not reaching? Who could we do a better job serving?”

“I think anyone in outreach sees themselves as an advocate,” Grove says, adding, “I also think of advocacy as not just talking about something but actually dedicating resources to trying to make something happen.” 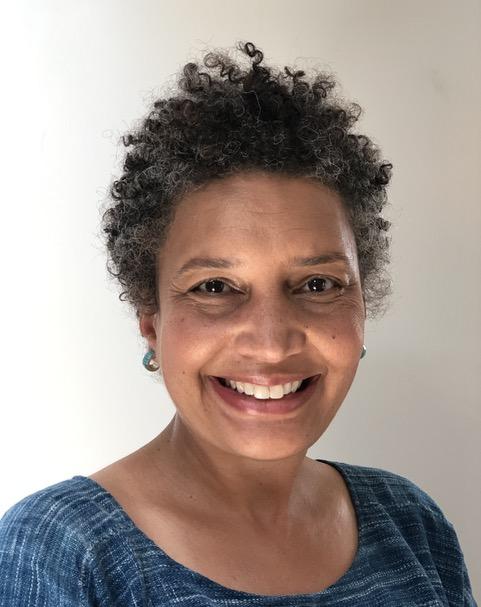 Sherman’s focus on eradicating inequity is a constant in her library career: early on she worked with teens in a racially diverse working-class neighborhood and later taught independent living skills to young adults leaving home, some of whom were transitioning out of foster homes or the justice system. Now Sherman co-chairs the San Francisco Public Library’s Racial Equity Committee, while continuing to work her dream job as manager of the SFPL’s African American Center.

During the pandemic, however, Sherman was deployed as a disaster service worker and volunteered to act as a contact tracer, eventually managing a team of contact tracers. Equity issues followed her into this new work, as she described in several articles she wrote at the time.

“Staying home is difficult for people who have to leave their house to work, for those who don’t have a home or are in a congregate living situation where it would be virtually impossible to isolate,” she wrote in a story that ran in USA Today. She noted that the virus can kill us all equally, but added, “I’ve also clearly seen how our economic system harms us disproportionately.” Whether contact tracing or answering reference questions, Sherman’s goal has remained steady: “I got into library work so that I could serve the community and help people,” she wrote in Women’s Health of her contact tracing experience. “This is just an extension of that.”

Sherman is now back at the library, where she hosts a quarterly social justice themed book club. And she’s excited to be working with San Francisco’s recently formed Office of Race Equity to develop a race equity plan for the library.

“I believe in a library service that actively goes out to advocate for the library, an embedded librarianship where the librarian is part of the community,” she told Library Journal.

Congratulations to all of this year’s Movers and Shakers, who, in the words of Library Journal Editor Meredith Schwartz, offer “examples of how to advance needed change.”