Ask United States military veterans enrolled in the Master of Library and Information Science degree program at the San José State University School of Information why they chose the library and information science career field and they will likely reply with essentially the same answer: a fundamental love for libraries.

Their career motivations are being studied as part of a three-year Institute of Museum and Library Services grant project being conducted by the iSchool, in partnership with the University of Hawai’i at Manoa and the University of Texas at Austin.

“Reaching Those Who Served: Recruiting and Preparing Military Veterans for Careers in Librarianship” also examines effective strategies to recruit veterans into MLIS degree programs. In addition to the research, the $488,501 IMLS grant has provided 12 veterans with scholarships to earn an MLIS degree (four students at each partner university). 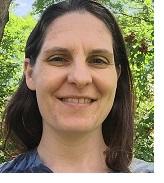 iSchool student Heather Canfield said she feels like she won the lottery as a scholarship recipient. After serving active duty as an engineer officer in the U.S. Army from 1999 to 2004, and having spent many years visiting libraries with her children, she looked into becoming a librarian. She’s been working as a clerk at her local public library since 2012 and works part-time as an assistant at a nearby university library.

“My husband is a middle and high school librarian, so libraries play an important role in our family,” she said.

Canfield chose the iSchool based on a recommendation from her co-worker who had gone through the MLIS program several years ago. She appreciates how many of the classes are taught by working professionals from across the United States. Having classes delivered exclusively online also provides flexibility with her family and work schedules.

Her favorite course so far has been INFO 210 Reference and Information Services taught by Dr. Johanna Tunon, which covered reference services from the point of view of both the patron and the professional. Hands-on assignments provided her the opportunity to explore reference methods used by multiple libraries.

“The iSchool has expanded my understanding of how libraries operate and the many opportunities and challenges that they currently face. I have especially enjoyed meeting and learning from the experiences of other students and professionals both local to myself and across the country, and I have also been able to apply many of my assignments directly to my place of work,” she explained.

Because of the scholarship, Canfield said she will be able to complete her master’s degree more quickly than she had originally planned.

“I feel incredibly blessed to have been awarded this scholarship. It was a wonderful surprise,” she said. “After graduating, I would like to stay in academia as a librarian at one of the universities close to where I currently live.” 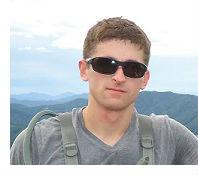 Another U.S. Army veteran, Ryan Bankson, who is now serving in the National Guard, describes himself as a bookworm who works as a library assistant at his local public library.

“After I discovered that an MLIS is required to be a full librarian, I set obtaining that as my goal,” he said.

On the recommendation of two librarians he works with who are iSchool alumni, Bankson chose the iSchool’s MLIS program to complete his studies. He said receiving the IMLS veterans’ scholarship made realizing his dream much easier.

“The scholarship is great because I don’t have to worry about my finances while in school, and it allows me to fully focus on my studies. I was very happy when I heard about it,” he said.

Like Canfield, Bankson said his favorite course has been INFO 210 because he feels it will prove beneficial in his future career as a public librarian. 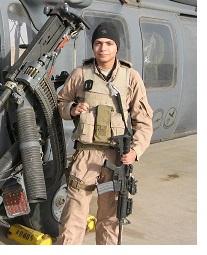 While browsing his local public library, Ryan Green reflected on his college career and the librarians he worked with and thought to himself: “I could do this. I can see myself happy doing this for the rest of my life.”

Green, a former U.S. Air Force aerial gunner on a Sikorsky HH-60G combat search-and-rescue helicopter who completed two tours in Iraq, has a Master’s degree in History from Boston College and aspires to be an academic librarian.

“It combines everything I love about history. I enjoy teaching and I enjoy research—librarianship allows me to do both,” he said. “There’s nothing I like more than sitting in front of a computer database with an overarching question and trying to find answers. Because I do more modern history, I’m not relegated to one specific source. Videos, songs, movies, etc., all offer us an insight into the past, and I’m excited to share that with students.”

Green also chose the iSchool on the recommendation of a friend who graduated from the MLIS degree program.

“She had nothing but amazing things to say about it. And she got a job at a university library shortly after graduation,” he noted.

After his initial shock and skepticism at receiving the veterans’ scholarship, Green explained it is instrumental in achieving his career goals.

“In fact, I did research because I thought it was a scam. I read and re-read the letter multiple times. I showed it to my friends to make sure it said what I thought it said. I emailed the listed contact to confirm everything. I was not expecting it. After I applied they asked my veteran status. I thought it was just for demographic purposes,” he said.

The fourth scholarship recipient at the iSchool could not be reached for this story. More information about the grant can be found on the iSchool news page and IMLS grant announcement.