Tawa Ducheneaux – South Dakota COL Graduate
Cherokee Nation
Tawa has a B.A. in Media Arts with an emphasis in Native American Studies from the University of New Mexico. For nearly a decade, she has worked in a variety of capacities at Oglala Lakota College, including as assistant director and most recently archivist for Woksape Tipi Library and Archives. Currently she is working toward enhancing access to the archival collections through digitization projects and working with the Lakota Studies department to develop internships with language students to do transcription for audio and video interviews. Her research interests include development of an online database and investigations into the roles of cultural protocols and applied research on tribal lands.

Jerry Flanary – Virginia COL Graduate
Cherokee Nation
Jerry Flanary works as an information specialist at the University of Arizona, Tucson. Previously he worked in Bookmobile Services for the Norfolk Public Library. He has worked on special projects at the Jean Outland Chrysler Art Library in Norfolk, VA and in the Special Projects Department of the John Vaughn Library at Northeastern State University in Oklahoma. Jerry has a B.A. in Arts in Education and has shown his work at the Cherokee National Museum as well as in many fine arts galleries, museums and publications. He would like to work in cataloging, database creation or preservation for an indigenous nation or archives. 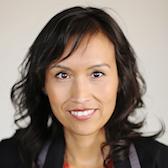 Jennifer Himmelreich – New Mexico
Diné
Jennifer has a B.A. in Art and minor in Sociology from Fort Lewis College. She has worked in a variety of library settings. As Exhibit Technician, she collaborated with Ak-Chin Indian community members to develop exhibits and led community programming at their Him-Dak Eco Museum & Archives.  At SJSU, she is following the digital services and archives pathways- researching and presenting on indigenous digital repository projects that reflect an Indigenous community’s systems of knowledge and accessibility.  She was chosen to participate in ALA’s Emerging Leaders Class of 2013, sponsored by AILA.

Valarie Kingsland – Alaska COL Graduate
Inupiaq
Valarie lives in Seward, Alaska where she is director of the Seward Community Library & Museum. Previously she worked in a school library and this summer was a fellow in the Association of Research Libraries’ Career Enhancement Fellowship Program. She believes in the transformative power of libraries, literacy and lifelong learning, and counts it a privilege to inspire others to explore, discover and learn. She serves in local and state library organizations. Her interests include emerging technology, participatory services, multiple literacies, the integration of archives, libraries and museums, and their contribution to community development and empowerment. She is also interested in using new technologies to preserve and sustain cultural information.  Valarie has a BA in Speech Communication and Psychology from the University of Alaska, Fairbanks.

Merida Kipp – Washington COL Graduate
Confederated Salish and Kootenai Tribes
Merida has a B.S. in Computer Science from Heritage University in Washington State. She is the library administrator at Yakama Nation Library, where she teaches computer classes, writes grants and conducts job training for many ages. She worked as an AmeriCorps Team Leader in the Yakima School District. She is a member of the Washington State Digital Literacy team

Tisa Matheson – Washington COL Graduate
Nez Perce
Tisa works in the cultural preservation field as a Museum Assistant for the Northwest Museum of Art & Culture in Spokane, WA. She has attended Collections Care training and the Visiting Professional program at the Smithsonian. She has a B.A. in Social Science from Lewis-Clark State College and would like to found a non-profit foundation dedicated to preserving, teaching and providing library archival resources for the Plateau cultures.

Jonna Paden – New Mexico COL Graduate
Acoma/Laguna Pueblo
Jonna Paden has a B.U.S. in Linguistics, English and Native American Studies from the University of New Mexico. She worked as a buyer and receiver for the Indian Pueblo Cultural Center in Albuquerque and interns at the Indian Pueblo Cultural Center Library and Archive. She would like to work as an archivist or tribal librarian.

Alyssa Peterson – Alaska
Tlingit
Alyssa’s career goal is in archives and cultural preservation. She holds a Bachelors. in Liberal Arts, concentrating in Anthropology and Northwest Coast Art, from the University of Alaska Southeast. She has worked as an intern at the Sealaska Heritage Institute’s Special Collections Department and as an archives assistant at the University of Alaska Southeast. She currently works as a records analyst with the Sealaska Heritage Institute.

Debbie Reese – Illinois COL Graduate
Nambe Pueblo
Debbie Reese, an author, speaker and consultant on American Indians in children’s literature, was an Assistant Professor in American Indian Studies at the University of Illinois, Urbana-Champaign, prior to beginning her MLIS with COL. She holds a Ph.D. in Education and taught at public and American Indian boarding schools in New Mexico and Oklahoma prior to her doctoral studies.