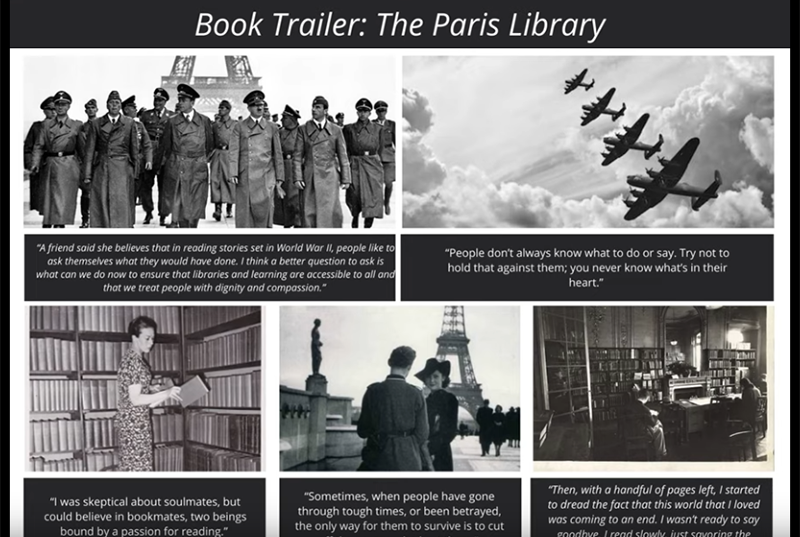 The Paris Library storyboard project: Kindra Lee has created a planning storyboard for a book trailer for the book, The Paris Library, by Janet Skeslein Charles. The trailer will be roughly 1-1.5 minutes long and will use quotes from the book for promotion. The trailer aims to present a somber mood throughout while providing glimpses of drama as well as hope. There will be seven slides, which will fade slowly in and out of focus. On each slide, one quote from the book will be read by a narrator. The one exception will be the introductory slide, which is a photo of the book cover. This second slide will include a short description of what the book is about. An Adobe Stock audio file called, “Once we had it all,” will play softly in the background. All of the photos used in the trailer will have been found on various free stock photo websites. The storyboard was created by using Canva. View the storyboard video. 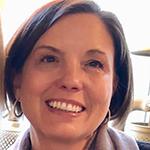 Nearing the end of the MLIS program at San Jose State University, Kindra Lee has been working to expand her knowledge base in hopes of becoming a well rounded public librarian candidate in the San Francisco Bay Area. She first became interested in public librarianship by volunteering at events at her local library in Tiburon, California. In addition to volunteering with the public library, she has worked in public relations, volunteered extensively within the public schools, sat as a director on the board of the Southern Marin Mothers Club and most recently sits as a commissioner for the Tiburon Heritage and Arts Commission where she is focused on bringing public art to areas in her hometown. In addition to being a candidate for the MLIS degree, Kindra holds a Bachelor of Arts in Communication Studies and a Master of Arts in Education.