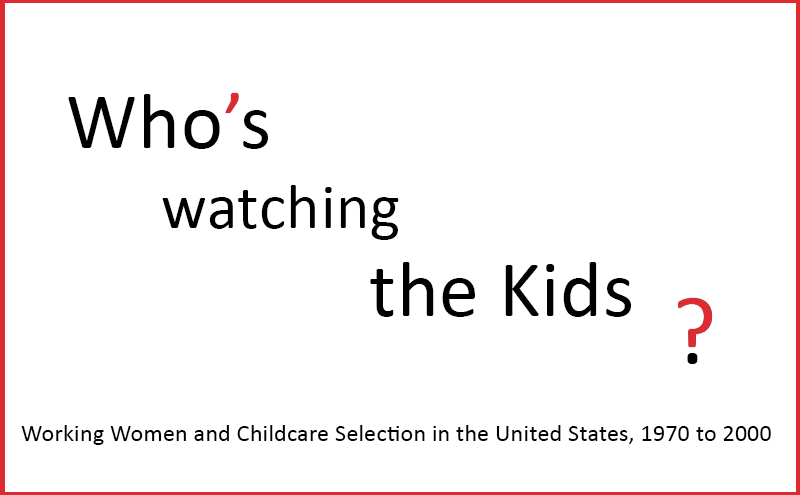 Who’s Watching the Kids? Working Women and Childcare Selection in the United States, 1970 to 2000: Recent historiography has broadly asked how the concept of motherhood has been shaped by culture and how the field of history can be deepened by studying the experiences of motherhood. In general, historians have found that motherhood is a complex historical topic, encompassing the historical experiences of a variety of caregivers, and that its study can enrich the field of history in topics such as women’s history, gender roles, and social hierarchies. This research paper will add to the historiography by asking how delegated mothering—as opposed to othermothering—emerged as the childcare norm for working mothers between 1970 and 2000 in the United States. Suppositionally, this project will show that through their funding initiatives, increased services, and educational campaigns, government policy and government-funded organizations were a driving force for the growth of delegated mothering as the childcare norm for working mothers.

Lauren Kozyra lives in Wrightwood, CA with her husband and two kids. She works as a senior advisor in customer success for a small tech company and is the president of the Wrightwood Historical Society and Museum. Lauren has a second master’s degree in history from the University of Cambridge and is interested in archives, preservation, and cultural heritage.