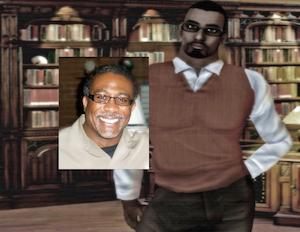 Dr. Bryan Carter specializes in African American literature of the 20th Century with a primary focus on the Harlem Renaissance and a secondary emphasis on digital culture. He has published numerous articles on his doctoral project, Virtual Harlem, and has presented it at locations around the world. His research focuses on advanced visualization and how sustained and varied digital communication affects student retention and engagement in literature courses taught both online and face-to-face. Dr. Carter began teaching classes that met totally in Second Life in 2005 where his students have participated in role play, developed content, and have collaborated with students from around the world.