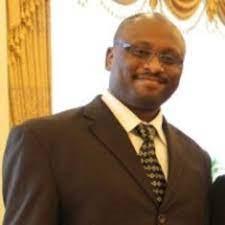 Dr. Shadrack Katuu completed his undergraduate degree in Kenya, master’s studies in Canada and doctoral studies in South Africa. He was previously an information management officer with the United Nations in Baghdad (Iraq), information management officer at the United Nations Mission in Juba (South Sudan), and head of the of the Records Unit at the International Atomic Energy Agency in Vienna (Austria). He also held the position of archives/records officer at the International Monetary Fund in Washington DC. (US).

He has previously held several positions including manager of information systems in Mr. Nelson Mandela’s post-presidential office at the Nelson Mandela Foundation. He has worked as information analyst at the South African History Archive in Johannesburg (South Africa). He has also been full-time lecturer at the University of Botswana, as well as guest-lectured in several universities in Barbados, Canada, South Africa, and the USA.

In this lecture, Dr. Shadrack Katuu will reflect on the truly global nature of the Archives and Records Management (ARM) profession drawing on his experience.

Unfortunately, the recording is not available.