With over 30 years of experience in the field, Geof Huth is an authority on best practices in records management in government. He serves as the Chief Records Officer of the New York State Unified Court System, where he oversees the management of the records of the court system, including the records of the 1500 courts in the system. He is also the Chief Law Librarian for the Unified Court System, responsible for ensuring courts have the legal information they need to conduct their work. He previously served for a quarter of a century in various capacities at the New York State Archives, ending his career there as the Director of Government Records Services. He speaks frequently around the country and the state on records management and archives. 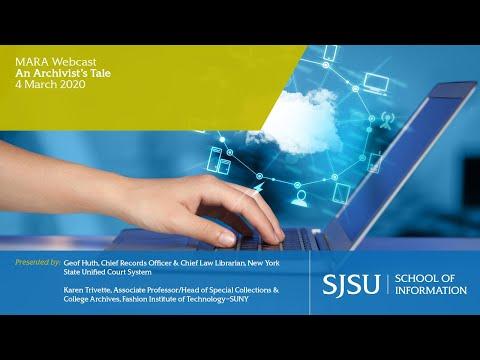 This is the tale of a podcast that focuses on archivists in conversation with archivists, discussing their work and passions and how they care for the historical record and present the storied past. Hosted by husband and wife archivist team Karen Trivette and Geof Huth.