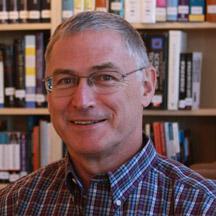 John G. Dove has extensive experience in technology businesses including electronic publishing and online education. In 1968, he joined a start-up on Wall Street that produced the first end-user accessible online database of stock market information. In the early 90s, he was on the executive team of a Boston area consulting firm, Symmetrix, which was instrumental in building learning organizations and electronic performance support systems to back them up. Subsequently, he was president and COO of SilverPlatter, a supplier of electronic and online bibliographic information to research libraries worldwide. In 2000, John was COO of GlobaLearn, a company that deployed investigative reporters and photographers to travel the world on behalf of (and wired into) social studies classrooms. GlobaLearn was purchased by an arm of Houghton-Mifflin. Immediately prior to joining Credo in 2003, John worked with the Executive Education on E-Government project at Harvard’s Kennedy School of Government.