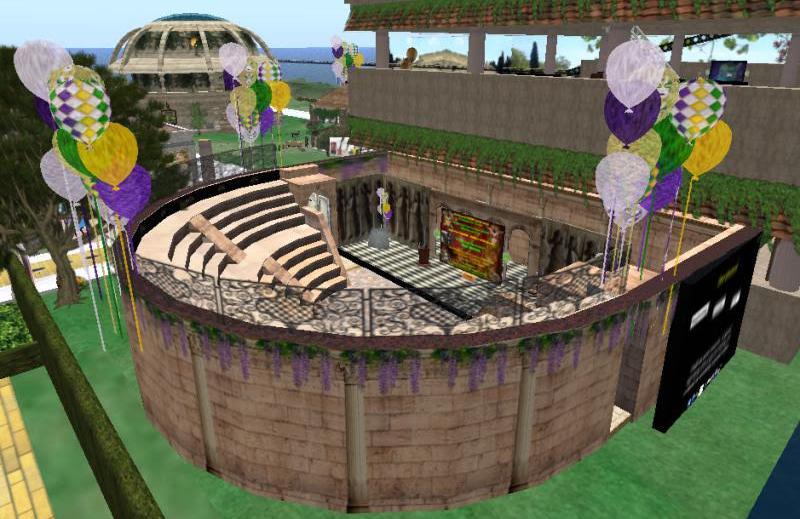 Join VCARA in Second Life on Thursday, September 18, 2018 at 6 PM SLT (Pacific) for a live theater and storytelling workshop hosted by Corwyn Allen.
Corwyn will:

This event will take place at the VCARA Amphitheatre on the iSchool Island in Second Life (SLURL: http://maps.secondlife.com/secondlife/SJSU%20SLIS/47/83/33).
We will also simulcast the event in Zoom for those who cannot join us in Second Life: https://sjsu.zoom.us/j/926315807

For additional information about this and upcoming iSchool webcasts, check out the iSchool’s webcast page.

Corwyn Allen is an actor and musician both in “real life” and Second Life (SL). In SL he has been involved with SL Shakespeare Co., Avatar Repertory Theater, and is a founder of and performer with 4th Wall Theater Co. He has also done extensive storytelling with the Seanchai Library. He has been involved in the performance arts for more than 10 years in SL, and both music and acting have been a part of his “real life” for much longer.

For information about joining VCARA in Second Life, please refer to our VCARA for Newbies blog post. To request an orientation to Second Life and VCARA, please email Dr. Pat Franks (patricia.franks@sjsu.edu). To follow VCARA on social media, check out our VCARA on Social Media page. To visit VCARA in Second Life, use the iSchool Island SLURL: http://maps.secondlife.com/secondlife/SJSU%20SLIS/45/123/33