If you missed the Dr. Carter’s presentation, Liberating Virtual Harlem [Virtual Worlds Lecture], you can watch it here: 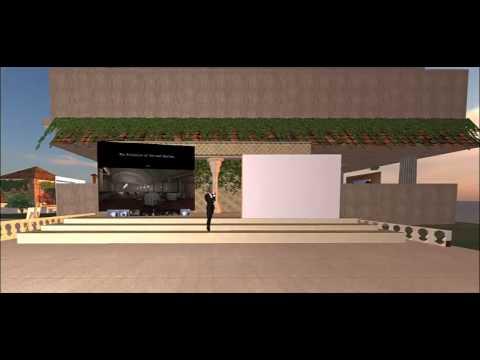 THE VIRTUAL HARLEM PROJECT is a collaborative learning network whose purpose is to study the Harlem Renaissance, an important period in African American literary history, through the construction of a virtual reality scenario that represents Harlem, New York, as it existed in the 1920-30s. Virtual Harlem is a learning environment in which students studying the Harlem Renaissance can experience the historical context of its literature. Reconstructions of 1920s Harlem and Montmartre currently hosted on Second Life have been moved to OpenSim servers and are also being reconstructed using the game engine Unity3D. This paper reflects on the process and on our experiences in using OpenSim as a platform to support learning and the eventual move to Unity3D.

Dr. Bryan Carter specializes in African American literature of the 20th Century with a primary focus on the Harlem Renaissance and a secondary emphasis on digital culture. He has published numerous articles on his doctoral project, Virtual Harlem, and has presented it at locations around the world. His research focuses on advanced visualization and how sustained and varied digital communication affects student retention and engagement in literature courses taught both online and face-to-face. Dr. Carter began teaching classes that met totally in Second Life in 2005 where his students have participated in role play, developed content, and have collaborated with students from around the world.

Back
This item appears in:
This vcara blog has been archived and may contain content that is out of date.