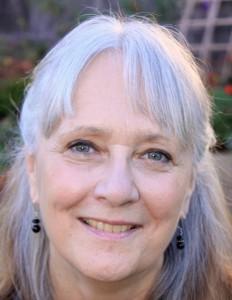 OK so I admit it. I liked the post that Michelle Simmons recently did with her special studies student and I wanted to share one of my experiences. This past summer I agreed to supervise Alice Pierotti in an special studies project. Alice had taken my storytelling class and I was absolutely wanting to work more with this passionate librarian who was working in two tiny cities in Missipippi and had a flair for telling “southern” stories with her lovely and lyrical southern accent. Alice loves history and loves telling stories about the south and preserving history with what I call living events. One of the things I liked about what she was proposing that while it combined research and writing it would also involve her deeply in her community and bring to light one of the most important times in American history – Freedom Summer. Alice shared with me all of the media and documents that were associated with the Reunion in Panola County as well as preparing a detailed mid-summer session and then a final report at session’s end that explained both visually and in written form the journey that she made as one of the people who brought this project to its successful conclusion. I personally love working with students and it never has been all about the financial reimbursement but more of sharing through someone’s eyes and actions the creation of a library program that impacts a community both emotionally and historically. I asked Alice to write a short narrative that I could include in my CIRI blog post.

I’m the librarian in tiny Como, MS and even tinier Crenshaw, MS and spearheaded the Panola County Freedom Summer Reunion celebrating the 50th anniversary of the momentous summer where many young outsiders came together with Mississippians in a common struggle. Because the Como library had undertaken ambitious civil rights programming in January and February where we relied heavily on primary documents, I had formed close bonds with many of the Panola county veterans who graciously shared letters, photographs and memories with me. Couple that experience with the work the library has done to promote civil rights education and tackle the community problem of poor race relations and one can see why the library was the best candidate to undertake the reunion. We aimed to give the veterans everything a person reflecting on events a half-century past wanted to see and here are some of the highlights:

“It’s not about us,” Freedom Summer veterans have repeatedly told me. But I think for a few short days this summer, those veterans got to feel the community’s gratitude at weaving such beautiful golden threads into Panola County’s history.