Adulting: Teaching and Writing About Life Skills with Kimberli Buckley 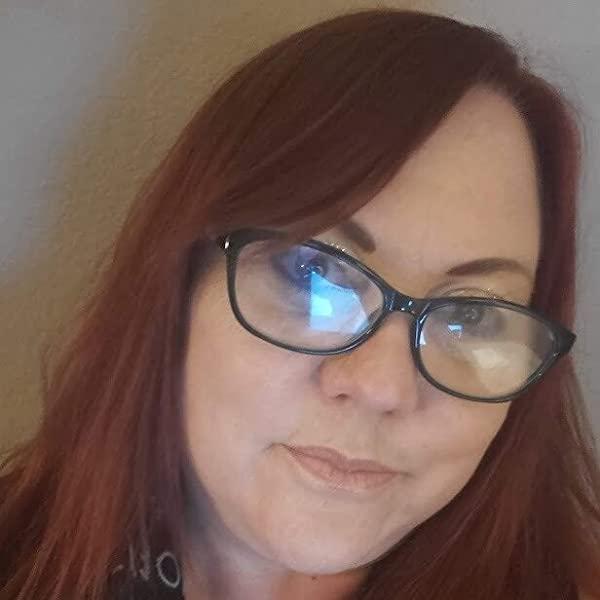 “I want to be a mentor. That’s my goal. [When] working with a staff I really like to find out what their strengths are, what areas they really enjoy or don’t like as much, so then we can build on that and make it so that they can be successful.”

Kimberli Buckley did not grow up expecting she would one day work in libraries. Instead, she initially wanted to be a teacher. Her college experience (and the job hunt after) led her to change her perspective, just a little, setting her goal to now becoming a professor. That is when she decided to get a graduate degree at John F. Kennedy University, after which she found herself working at the Concord Library.

“That was the first job I got after finishing my Master’s and I was a clerk there and it happens to be the library that I manage right now. So I just kind of fell in love.”

But with two degrees under her belt, Kimberli was not eager to start another Master’s program so soon. In the meantime, she found work at a middle school library and fell even further in love with the field. Finally, Kimberli was convinced: it was time she went to get her MLIS Degree.

As it turned out, several of Kimberli’s colleagues were already enrolled at the iSchool. Another draw for Kimberli was the fact that the program was asynchronous and online, which allowed her to have a more fluid schedule with her work and family.

One of the most useful courses Kimberli can remember taking was a special seminar on public libraries: “I still think back about that class. It was funny because there was some scenario where [they were asked] if there were some students up on the roof of the library, what would you do? And I was like, ‘Oh, that would never happen…’ but, no. Stuff like that happens.”

Thanks to her experience and her new degree, Kimberli was soon offered the position of Teen Librarian at Contra Costa Library which then led to her first job in library management.

Library management asks a lot of any librarian.

“Ultimately everything is gonna come down to you — yesterday, there was a flood in the work room, and everyone was like, ‘oh, we need to go get Kim.’ So there’s a lot of responsibilities but I think as a librarian, it’s a great opportunity to hone in on your leadership skills.”

Of course, this new level of responsibility can bring with it a level of imposter syndrome: “There’s always that, ‘Oh, can I do this? I don’t know if I can do this’ — the little doubts in your head.” It takes time to prove to yourself that yes, you were hired for a reason.

For Kimberli, her favorite part of library management specifically has always been mentorship.

“I want to be a mentor. That’s my goal. [When] working with a staff I really like to find out what their strengths are, what areas they really enjoy or don’t like as much, so then we can build on that and make it so that they can be successful.”

Two key values Kimberli has found for any leader are communication and empathy. Consequently, she has done her best to have an open door policy for her staff so that whatever is happening, they always know they can come to her.

Kimberli also has developed a love for designing library programming. Coming up with new and creative ideas with her colleagues has always felt magical to Kimberli, especially when those ideas are brought to life.

Kimberli first started teaching as part of the outreach programs at Concord Library. As someone with experience working with the unhoused community, she developed the first homeless engagement program in her county, and that drew the iSchool’s attention.

“I got an email asking if I would be interested in creating a one-unit course, on serving homeless folks at the library, and I was like, ‘Sure, of course, I will. I would really love that.”

After developing Serving Homeless Patrons at the Public Library, Kimberli was asked to teach it, too, and she happily agreed.

“The first time I ended up teaching a double session. So I had like 60-something students and I was like, ‘Oh my gosh, can I do this?’”

Since that first semester, her course has continued to develop and grow in popularity, which has also opened up more opportunities to teach at the iSchool.

As someone who has worked with the California State Library on making libraries more sustainable, Kimberli also teaches a course on sustainability and libraries — and as someone who sits on the Contra Costa County Developmental Disability Council, Kimberli also teaches courses on fostering accessibility in the library. She’s been thrilled to see the result of how eager today’s MLIS students are to learn about making their own libraries and work spaces (current and future) greener and more accessible for everyone.

When Kimberli first became a manager in 2014, a local high school asked if she would work with them to create life skill modules or programming, and as a mother of a teen boy and a former school librarian, Kimberli agreed. Thanks to her son, she was already familiar with the complaints of today’s youth when it came to education. Why did they have to learn complex equations instead of how to do their taxes? Why didn’t school teach them how to exist as an adult in today’s world?

Kimberli has determined that the big three key concepts all young adults need to learn include:

Thus her course on All About Adulting was born, and by 2019, she had taught enough webinars and seminars to have developed a year-long program. And then COVID happened.

For Kimberli, she had always known she wanted to write a book, but the timing of the pandemic (which had effectively shut down most programming), her connections at the ALA, and her years of experience all seemed to point in the same direction. It was time to write about teaching life skills.

While writing was fun, Kimberli admits that her journey of completing her first book was actually very challenging. “The first draft to me was like, giving birth,” she laughed. And then her editor, Jaime Santoro received it. “And she was like, ‘Oh, this is great. But we’re thinking we might want you to do it more like this.’ And I was like, ‘Oh my God.’ And I had to kind of rewrite it and then they were like ‘okay, this is good, but we were thinking more like this.’ And I was like ‘oh, okay, throw this out the window,’ you know, but it was a process and we did it. I did it, and it turned out better than I ever expected. It’s such an amazing experience to write a book on something that you are really passionate about.”

Kimberli’s first book, Teaching Life Skills at the Library: Programs and Activities on Money Management, Career Development, and More has everything you need to implement a Life Skills Program at your library, from the planning stage to ways to sustain the program and keep it going.

Kimberli’s advice for today’s MLIS students is to consider what areas and demographics they are interested in, follow those passions and then narrow down the pathways less interested in. By following this process, students can gain more clarity in their careers and work.

For students interested in library management, Kimberli also recommends seeing what leadership skills they can hone and practice through various courses, student groups and organizations. She further highly recommends taking any chance to present at a conference or library, especially if they are interested in teaching.